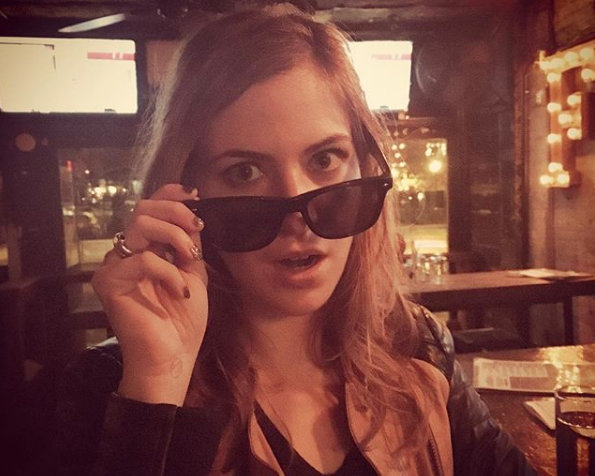 I moved to a major city at a young age in hopes of immersing myself into a community of like-minded people, which I couldn’t find in my small, rural hometown.

In the years I have spent dwelling in a maze of cement and people, I often still find myself—or the ones that I love—struggling with being understood by those around us. We often get whitewashed with the term “crazy” after speaking our mind or venturing down a road that makes others uncomfortable.

A friend of mine recalled an experiment she was doing in an actor’s workshop, to which she responded to her partner, “So what if I am crazy?” after he threw the dreaded words, “you’re crazy” at her. She, like most of us, is sensitive to the word after being called it so many times in school and life. However, the instructor immediately interjected with, “Oh, cut the crap. That kind of bullsh*t doesn’t belong in here.”

And he was right.

It has become almost second nature for people void of emotional depth to quickly call someone “crazy” instead of reflecting on their part of the scenario or attempting to understand the context of a situation.

Usually, the word is thrown out when someone is doing something that can’t quite be pinned down, and instead of taking the time or energy to identify the root cause of the scenario, the terrible word begins its flight. The word “crazy” has been used so loosely, that there is no apparent meaning to it anymore. We just know that it sounds bad.

In my eyes, “crazy” has always been a caption for the original, the artists, the ones who stray from the norm, and the ones whose honesty breaks hearts before they would ever do something so cowardly as lying.

“Crazy” is the creative, the no-bullsh*t approach-takers, the college dropouts, the risk-takers, the thinkers, the leaders, the people who constantly lose but don’t stop throwing their pitches at this wild game of life.

“Crazy” people would pay someone else’s rent before they pay their own, laugh at drunk texts instead of gossip about them, and have no problem expressing their opinion in any circumstance.

Cities, such as the one I live in, have been home to all sorts of crazies. In fact, if I would be pigeon-holed into anything—I most certainly would want it to be “crazy.”

“Crazy” is out of the box, uncontrollable, ambitious, uncertain, spontaneous, and disruptive. And those who are considered “crazy” would without a doubt be the first responders to a friend in need.

Without us crazy people, the world wouldn’t have a pulse. It would be repeating quotes from old movies instead of making their own. It would be forming a community that feels safe instead of surrendering to the unknown.

We don’t need help. We are the helpers, the givers, the nurturers, and the educators. We don’t stand for abuse, neglect, ridicule, or someone misunderstanding our form of “crazy.”

We are crazy, because we have the ability to feel. We let ourselves feel. We don’t walk away when things are tough, but we will tell you when we’ve had enough.

I once shuddered at the term “crazy,” but now I stand tall with the honor to be something so vital to humanity. We will always be called “crazy.”

We can choose to embrace this word for what it really means or let it undermine our value—when maybe we were the ones who had it right all along.