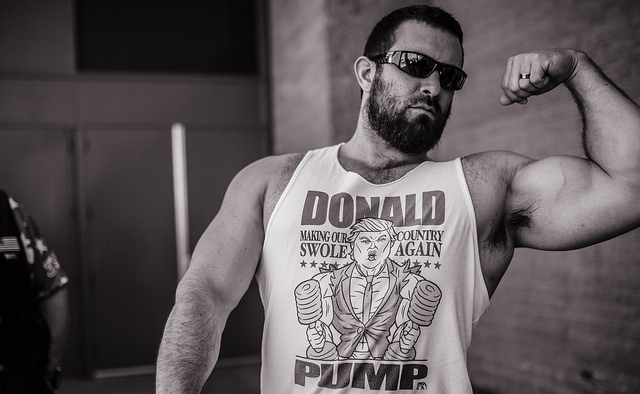 This past winter, for the first time in years, I didn’t get a Christmas card from my friends, John and Marissa.

This is likely due to the systematic purge I made from my social media accounts in November of 2016, of people—to put it bluntly—like them, or anyone whom I suspected of having voted for Donald Trump.

Marissa, a casual Facebook user, must not have become aware of the deletion until after the 2016 Christmas card season; I still made the cut that year, receiving a glossy card with an embossed silver tree on the front and the words “Peace on Earth” inside.

By this past year, she’d noticed.

The decision to cut Trump supporters from my friends list had two fronts for me.

On the one hand, I felt that anyone who supported Trump after a campaign based on blatant racism and general ill will (bullying, insults, and intimidation) was someone with whom I no longer wanted to be connected. Most of these unfriendings were easy: people from high school who I hadn’t seen in years, ex-neighbors and friends of my parents, people with only a tangential connection to me or my family—the stepdaughter of an uncle, the husband of a childhood friend. But some were harder. John and Marissa were people I’d known all my life, people I spent a lot of time with in childhood. People I’d esteemed.

Still, like my father, who during the 2016 campaign, turned and walked away in the middle of a conversation, leaving a man calling after him in the post office (the fellow made the mistake of encouraging my dad to vote for Ted Cruz), I couldn’t help feeling that such people didn’t deserve another second of my time.

Their support for a lying, self-aggrandizing, serial sexual assaulter, and open racist was sufficient evidence that they weren’t worth it. John and Marissa are educated professionals, loving parents, churchgoers, and upstanding members of their community. I couldn’t reconcile any of that with their having voted for the man we all saw mock a disabled person and heard brag about grabbing women by their genitals because “when you’re a star they let you do it.”

But my decision also had a more personal, more visceral, component.

I no longer felt that people like John and Marissa deserved to see photographs of or read updates about my children, who are Mexican-American and have been raised in a country that surely falls within the parameters of a “sh*thole” by Donald Trump’s criteria.

Like Anderson Cooper, who made a heartfelt defense of the Haitian people after hearing them insulted, my first inclination is to insist that the people of Mexico, who have been dealt such a sorry hand by fate (a brutal conquest, political corruption that dates back centuries, natural disasters, widespread poverty, and a violent drug trade that thrives because of demand from the United States) could teach Donald Trump a thing or five about life. They exemplify perseverance, dignity, and joie de vivre in the face of adversity that Donald Trump has never faced or even had to imagine.

When he launched his campaign by calling Mexican immigrants rapists and drug dealers, I was outraged. When he ceased to be a punchline and became the Republican frontrunner, I was horrified. When the election results began to indicate that he might actually become the 45th president of the United States, I broke down in tears. I felt betrayed by my country.

Trump voters had affirmed that, to paraphrase Hasan Minhaj, if they weren’t open racists themselves, at the very least they were okay with their president being one. Open racism wasn’t a deal-breaker for them. I couldn’t change the outcome of the election, but I could choose not to give such people access to information about my family.

All this has come to the fore recently because, for the first time since the spring of 2015, I’m planning a trip to the United States. My daughters and I are going to spend a few months in the small North Carolina town where my parents live, our first—and hopefully only—experience of Trump’s America.

Already, my husband is saying things like, “Don’t speak Spanish in public,” and “Don’t let anyone know you’re Mexican.” Though they’re citizens of both countries, the girls are traveling as Americans, under United States passports. In a climate of ICE (immigration and Customs Enforcement) raids, families being separated by deportation, and the likely revocation of TPS (Temporary Protected Status) and DACA (Deferred Action for Childhood Arrivals) protections for close to a million vulnerable Latinos, we don’t want to attract any unwanted attention.

I don’t know whether John and Marissa regret their decision to elect an unhinged, racist, misogynistic, megalomaniac as president of the United States. Given that he’s cut taxes for people like them, the stock market’s up, the vast majority of Republican lawmakers have stood by him no matter what he does, and Fox News pundits continue to shower him with adulation, they may not.

In their version of reality, maybe the Trump presidency isn’t such a bad thing. They don’t see the irony of a “Peace on Earth” Christmas message at a time when their president has endangered everyone on the planet—not only by scrapping environmental regulations and pulling out of the Paris agreement, but also by issuing taunts and provocations at a dictator in possession of nuclear weapons.

Their news sources don’t stress the same things mine do, and in any case, I doubt that the plight of black, brown, transgender, and poor people—the people who, so far, are proving to have the most to lose from this presidency—moves them.

All I know is that I’m going to make a point to avoid them when I take my children to the United States.

All I know is that I’m better off without them in my life. 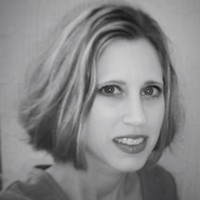