This is what Happens when we Allow our Souls to Express Themselves. 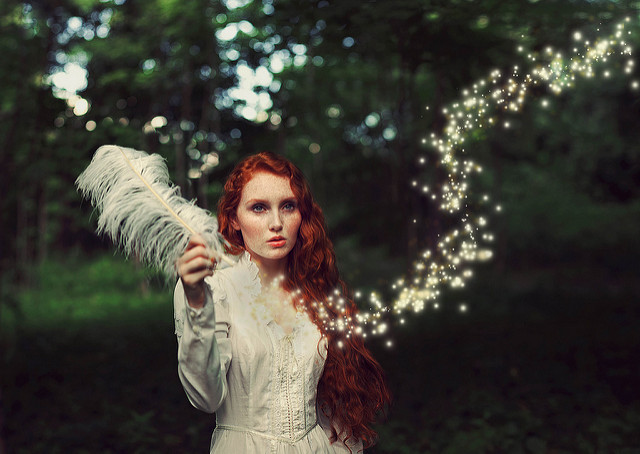 For years I suffered from repressed feelings that tied little knots of energy all over my body.

From my calves to my lungs and up to my throat, the knots were everywhere, becoming so big they stifled my inner voice and rendered me a robot.

Five years ago, I was walking around feeling lifeless, purposeless and, worst of all, disengaged.

I was like a train scurrying from station to station with no sense of final destination. My next station was always a reaction to someone or some situation—and not my silent inner voice.

I hadn’t tackled any of my repressed feelings.

I didn’t understand that I had to face those feelings lurking under the carpet, or they would come back bigger and uglier.

I hadn’t dared enter the mysterious realm of my subconscious. This was mainly out of ignorance, as my mind was on the wrong wavelength. And then, after discovering this secret inner world, I was too afraid to dig deep.

Intrinsically and universally, we are souls, and souls don’t communicate by the same means humans do. There is no language they can use. For a soul to express itself, it needs a way to speak—to play freely. It needs to leave the prison of the self, which we have built unconsciously over many years.

The sound of the rain, the view of a sunset, and the sight of seagulls flying in unison overhead need no translation. They just are. Likewise, our souls need to be who they must.

And then, aided by Julia Cameron’s book on creativity, I took on journalling and started to slowly unpack what had been building up inside of me for years. Every day, I began to pour out my fears, worries, insecurities, and dreams onto three pages of paper. In unpeeling myself like an onion, removing layer after layer of unconfronted emotions, I slowly became lighter. I began unlocking the vaulted doors to my soul.

Rumi said, “Your task is not to seek for love, but merely to seek and find all the barriers within yourself that you have built against it.” Likewise, our only duty as human beings is to recognize that souls need to express themselves, and as such we must remove all the obstacles that stand in their way.

I also took on the daunting task of discovering who I really was.

I explored my strengths, interests, and skills. I followed my curiosity as if my life depended upon it. I revisited my past and asked question after question. I wanted to find the right platform through which my human self could allow my soul to communicate, support, and serve other souls in our world.

When I looked at people I admired and saw the result of their efforts, I knew that they had found a way to empower their souls to lead their human shell—and not the other way round. Steve Jobs created the iPod, iPad, and iPhone. Rumi relinquished the prestige of his scholarly titles to become a Dervish Sufi master whose words would remain timeless and penetrate many hearts. Gaudi’s design of the Cathedral of the Sagrada Familia in Barcelona stands as a physical manifestation of a soul that was free and in play. It’s as if he was writing poetry, but using building blocks.

However, self-expression need not be reserved for the famous or result in something significant.

As the Bhagavad Gita has taught us, it is not for us to judge or attach to the significance of our results. We can only allow our souls to express themselves; the rest is for the universe.

Recently, an Indian business friend was celebrating 25 years of his company’s existence. He didn’t just hold an event or cocktail party, but instead creatively organized several occasions over the year, culminating in a cultural show where both Indian and Ghanaian dancers collaborated on a Cinderella adaptation. The show not only highlighted the excellent service his company has contributed to Ghana, but also accentuated the synergy between India and his adopted country, with him as the bridge.

I’ve also seen soul expression in the way some mothers create dedicated time to support, love, and nurture their children. Or in the boulangerie I found in Paris during my month-long stay last year, which made gorgeous croissants that still speak to me in my dreams.

How do I know that their souls are expressing themselves?

The calm assurance and joy characterizing my Indian friend’s demeanor. The children’s happiness bringing joy to a mother who doesn’t look tired but is instead full of life. The croissants—I can still taste them almost a year after eating them.

“May what I do flow from me like a river, no forcing and no holding back, the way it is with children.” ~ Rainer Maria Rilke

After some time and much work, I found that writing was the platform to express myself. Whenever I write, it’s as if I’m breathing easier. When I write I experience life in vibrant colors, and not black and white. I delve deep into the places that beckon my soul to come out and play.

With writing, I find myself in a state of “flow,” the mental state of being completely present and immersed in an activity. In such a state, I’m so absorbed in a given moment that my sense of self disappears, and time and space collapse. Athletes describe it as “being in the zone.” Joseph Campbell, the great American mythologist, calls it the “rapture of being alive.”

For me, I just know that when I write my soul is talking, communicating, pleading, wishing, and serving.

This dual process of removing repressed thoughts and creating this “new me” was harrowing, yet exhilarating at the same time.

And, I believe we all must find the authentic voice that hides behind our false self, if we are to truly enjoy our experiences and fulfill our soul duty.

The era we live in today is very much conducive to doing so. With the advent of incredible technologies and the ridding of obstacles (the middleman), there has never been a better time to become creative and self-expressive than right now.