Gender Fluidity is Great—until it Perpetuates the very Problem it is Attempting to Solve. 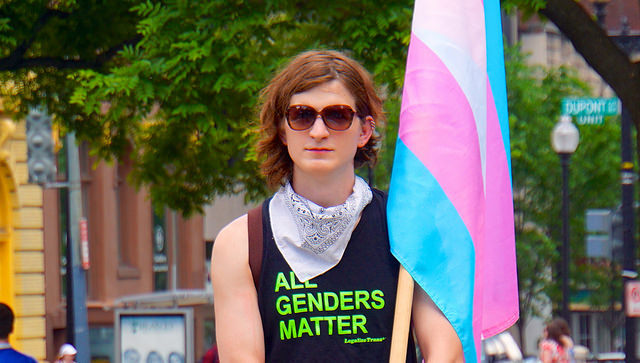 Gender is a hot topic these days.

I think a lot of what we see today is people rejecting the traditional structures that have reigned supreme in the past. This is true of economic institutions, race relations, and yes, gender constructs.

Much of this is awesome, but we also have to be careful not to throw the baby out with the bathwater. Our ancestors certainly weren’t perfect, and we should absolutely shave off the bad parts of our tradition in pursuit of true equality. But we should want to keep the good parts of our history—and sometimes, it’s hard to know where to draw this line.

With that said, I want to talk a little bit about gender identity and how opening the door to new gender categories can be both a positive and a negative thing. Before writing me off as a bigot or a transphobe, please hear me out.

The good parts of opening the door to gender fluidity are obvious to me. The typical stereotypes of men and women are rigid and limiting, and being more open to more feminine men and more masculine women is obviously a sign of progress. I have even written a piece on gender fluidity and why it’s a step in the right direction.

When it comes to gender, I think we should all be trying to uncover both the masculine and the feminine within ourselves, and cultivating this holy balance within the domain of our own experience. Maybe this means dressing a certain way or asking that people refer to us differently—but what we should always remember is that we are doing this for ourselves, not other people.

What we should really want is to transcend identity altogether—to think about personal identity as little as possible. The problem that I see with the trans movement is that it puts all emphasis on identity in an effort to move beyond previous gender classifications. For instance, Bill C-16 in Canada, which was just passed recently, forces people to use compelled pronouns for transgender people (there are about 58 pronouns on Facebook and counting). Those who fail to use the correct pronoun risk criminal punishment.

So, we want to transcend gender identity so badly that we create an endless multiplicity of gender classifications and criminalize anyone who doesn’t use them properly? Does anyone else see the irony in this? It is completely contrary to the goal of being more open about gender fluidity and identity. This seems like a step too far.

I say, don’t be so concerned with identity. I can already hear the outcry: “Oh, easy for you to say as a white cis-male!” Yeah, but not at all. I’ve had a serious chronic illness for the past five years, and it has deeply impacted my identity and sense of self-worth. My illness is not something that is obvious to people, so I don’t really get the sympathy that I might like. I am in a constant state of discomfort and debilitation, and it has been a long process to adjust how I feel on the inside within the dynamics of the outside world. It’s f*cking hard, but if I were to become bitter about it, then I would lose my will to live.

I’ve had to learn to accept that the outside world is not always going to tend to me, and I need to go inside of myself for solace when times get tough.

This illness feels like someone is constantly sticking a needle into my bones and extracting the very marrow of my being out of me. It is like having my essence sucked out of me constantly, while still trying to move around in this physiological shell that I now call my body. I haven’t been able to fall back on any sense of identity, so I’ve had to dig much deeper to find a reason to live and be happy. Through meditation and self-inquiry, I have learned to see past my ego and connect with my essence, the quality of pure consciousness that dwells beneath the movements of the ego. I have found that when I can see beyond my ego, I feel love and gratitude for all things.

Gender fluidity is definitely a good thing, but strongly imposing gender identity upon the outside world totally defeats the purpose. Let’s move past this emphasis on conceptualized identity, and just be what we are: human. That’s all I have to say about it.

To sum this up:

1. We want to improve culture, without getting rid of the good parts.
2. Gender fluidity is a good thing, but it doesn’t mean we should do away with all gender categories.
3. We should be supportive of those who choose to transition from one gender to another, or identify as being somewhere in between genders, but changing our use of language only reinforces gender identity (the very things we want to transcend).
4. Let’s cultivate our essence so that we don’t give too much power to the ego or its endless desire to seek identity. Don’t politicize your way into being an a**hole.