Is Homeoprophylaxis a Solution to the Vaccine Controversy? 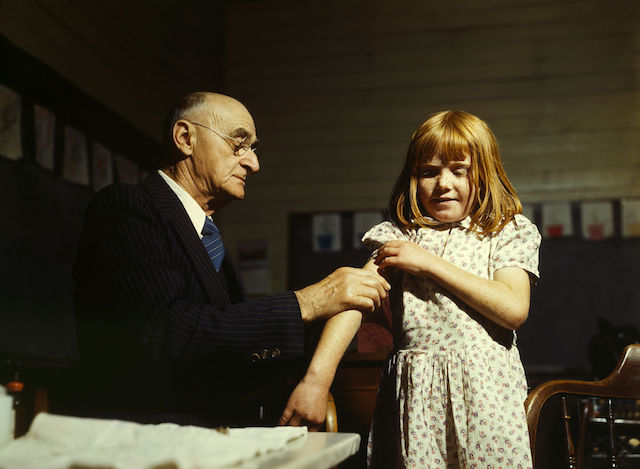 The vaccine question has become so controversial and scary these days that vaccine discussions have been banned from social media groups.

Parents who have the slightest skepticism of vaccines often lie to avoid being shamed or called names—and sometimes even threatened—and even doctors and scientists who question the conventional vaccine model will avoid discussions or remain silent out of fear of having their reputation smeared.

One of my very close friends, who is an accomplished epidemiologist, confessed to me that she feels safer bringing up a discussion about Israel and Palestine than one about vaccines in academic and scientific circles. Whether or not you are a die-hard vaccine proponent or have some skepticism of vaccine science and safety, one thing is for sure—nothing in science or medicine is absolute.

There is no such thing as a medical intervention carrying absolutely zero risk or being 100 percent safe. So, what if you are worried about the risks of vaccines but would like to protect your child from infectious diseases? Homeoprophylaxis may be the solution you’ve been looking for.

Homeoprophylaxis is a system of educating the immune system through the administration of nosodes. Nosodes begin as disease agents or microbes or pathogens in the form of a virus or bacteria of a particular disease and go through a process of homeopathic potentiation or ultra-dilutions whereby the energy of the disease is extracted and there are no more molecules of the original substance left.

Unlike conventional vaccines that not only have minute material doses of a disease but also have adjuvants and additives to increase antibody production, nosodes are pure energy or energetic imprints of diseases with no material doses in it. Another way of understanding the concept of energetic imprints in homeopathic medicines is through the Nobel Peace Prize Scientist Luc Montagnier, who discovered electromagnetic signals in the form of nano-particles in homeopathic ultra-dilutions. Or in other words, nosodes offer nano-doses of diseased agents to educate the immune system on a particular disease.

So what happens when a nosode is given?

When someone takes a nosode, the person’s energetic body sees the energetic imprint or nano-dose of the disease and thinks it has contracted the disease. It then begins an immunological response in an attempt to eliminate the disease from the system.

An immunological response often looks like a low or high fever and there may be some mild discharging from the person’s system. Often the discharges come from the organ of affinity of the disease of the nosode; for example, for whooping cough/pertussis, which is a disease of the lungs, there may be some mild discharging in the form of mucus in the lungs.

Or in the case of diseases of the skin, like measles and mumps, there may be a mild rash that erupts somewhere on the body with or without some discharging. But soon after the immunological response begins, the system realizes that there is actually nothing there and stops the immunological response. What has happened then, is the immune system has gained a learning of the disease or has been educated on how to respond to the disease should the person come in contact with it in its wild form (or through vaccine shedding).

Thus, nosodes offer a learning of the disease without the suffering and, if a person comes in contact with the actual disease, the immune system will have a memory of the disease and know how to respond to it. Unlike the conventional vaccine model that aims to eradicate disease from the face of the earth by suppressing the immune system through adjuvants and toxins designed to increase antibody production, the homeoprophylactic model views diseases as intelligent and highly adaptable organisms that are meant to build and strengthen the human immune system.

Just like a muscle in the body, the immune system must be challenged in order to build strength. Homeoprophylaxis aims at harnessing the powers of diseases to educate and build up our immune systems not to prevent disease all together. Hence, when one takes a nosode, the learning of the disease allows the person to appropriately respond to the disease, which may prevent the person from getting it, or the person may get it but in a mild form with no complications. That is probably the only risk homeoprophylaxis carries (aside from the potential secondary action of detoxing from previous vaccines, but that’s for another article).

What is the evidence that homeoprophylaxis works?

Homeopathy and homeoprophylaxis have been time tested for over 200 years, and there are is a long list of human records, studies, and trials demonstrating evidence of its efficacy. Yet, the largest and most impactful data came in late 2007:

“[T]he Cuban government rapidly distributed a homeopathic nosode of four leptospirosis strains to 2.3 million people at high risk of infection from an annual leptospirosis epidemic. The remaining 8.8 million was untreated. Within weeks, the treated provinces had an 84% decrease in disease incidence while the numbers of those infected in untreated provinces continued at expected historical levels. The intervention was ‘strongly associated with a drastic reduction of disease incidence resulting in complete control of the epidemic.’ The protective effect continued into 2008 with an 84% reduction in leptospirosis cases for the treated areas though no further prophylactic was given. Leptospirosis infections in untreated areas increased by 22%.”

Who can homeoprophylaxis be used for?

Homeoprophylaxis, and homeopathy in general, can be used and is safe for any living being, plant, animal, or human. However, because there are certain diseases that are riskier for children—and especially infants under the age of one year—there is a recommended nosode kit with eight diseases in them, and it is recommend to start at the age of one-month old. It is also recommended for the elderly and immune compromised. And there are travel homeoprophylaxis kits and kits for pets available too.

There are nosodes for all infectious diseases known to humankind (malaria, all sexually transmitted infections and diseases, and so on), and people are able to take additional nosodes not included in the kit under the supervision of a trained homeopath.

Find out more about homeoprophlyaxis here. 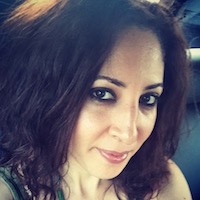