5 Things I’ve Learned about Surviving the Anniversary of a Loved One’s Death. 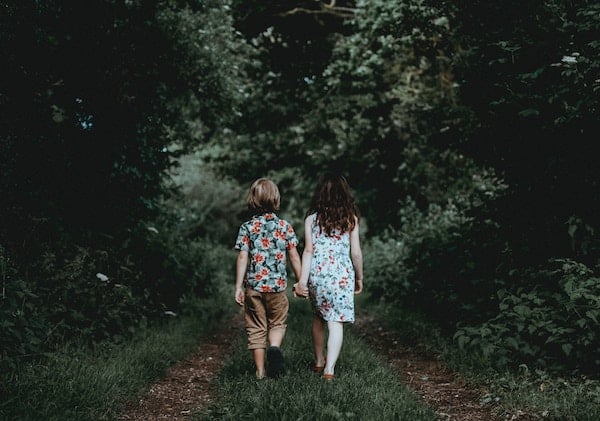 It starts with a tugging.

A sinking, concave feeling in my chest. It comes in the lengthening days, the coiled tease of spring.

The anniversary of my brother’s death is approaching, and there’s nothing I can do to escape it.

It’s been almost 19 years since he died; at 21, he was impossibly young. The span of time that’s swept by seems too vast. I can see its passing in the etchings around my eyes, in the life that’s sprung up around me, in the way my son’s head grazes my chin now. But trauma can stay tensed within us, can wrap parts of us in amber. Deep within me, there’s a girl who is still 24, picking up the phone to the jagged news of her baby brother’s dying. She is just below the surface, fear-streaked and gleaming with shock, and in these days, she resurfaces.

With so many years slung by, you might think it strange for the anniversary to have so much pull. But it’s almost the opposite—the longer it’s been, the more weight the day has. The farther that time spins me from my brother—from his bright blue eyes, his music-swept soul, his enthusiasm for pepperoni—the more intense it is to return to the epicenter of the loss.

Here is what I’ve learned about coping with difficult anniversaries:

I’ve learned to expect less of myself during this time. In the coming week, I will be spaced-out and forgetful. Impatient and irritable. Tender and terse. I will peel the rough skin from clementines while packing my kids’ lunches, but while my body stands there, my mind is descending, being sucked through the portal of loss. Here, the phone is ringing, and my mother’s words are spiraling through it over and over again: my brother is dead. Here, I can nearly hear his voice on the telephone the night before he died. Here, I must soften toward myself as my body remembers.

I’ve learned to trust the process. It’s okay to sink back into the pain, to let the waters of grief surround me for these days. If I rest in them, they will ebb away. If I turn my back, the grief might harden like concrete, forming itself into depression. The grief will resurface, glinting and sharp and powerful. It will hurt. But I’ve been through the worst of it, and even with strong aftershocks, I will be okay.

I will feel a visceral homesickness. Around my brother’s anniversary, I often get homesick for the mountains and water of Alaska—where my brother and I grew up—with a ferocity that surprises me. I will long for the landscape of home: snow-skimmed mountains separated by glittering channels of water. The smell of rain-soaked pine trees. Childhood memories will flutter through: my brother and I playing in the snow at dusk; swaddled in mittens and moonboots, we made snow angels. Or plucking wild blueberries from damp bushes, our palms and chins stained deep purple.

I’ve learned that days can hold multiple meanings. “It’s almost the first day of spring!” my daughter exclaims. I raise my eyebrows, glaring at the piles of snow in our yard, and think of how my brother died on the spring equinox. Just as the anniversary of his death holds day and night equally, it holds light and dark for our family. For my kids, it signals the birthday of a close friend and the nearness of Easter, all robin-egg blue and chocolate-smeared.

My own sense of mortality will deepen. In the days surrounding my brother’s anniversary, my own mortality rises to the surface of my mind as I ponder the 19 years I’ve spent on this earth without my brother. I will wonder about other paths I might’ve taken, and I’ll romanticize the simplicity of my younger years. The urgency of life will snap up against the mundane aspects of middle age, the endless ticker tape of groceries and laundry.

Beneath these waves of sadness, longing, and the shards of horror these days bring me back to is something sweeter and steadier: the knowledge that love—because at its core, grief is simply another form of love—stands strong and spiny across these wide fields of time.

The Specific Qualities of Sibling Grief—How it Morphs & Marks Us.