Could Attachment actually be a Good Thing? 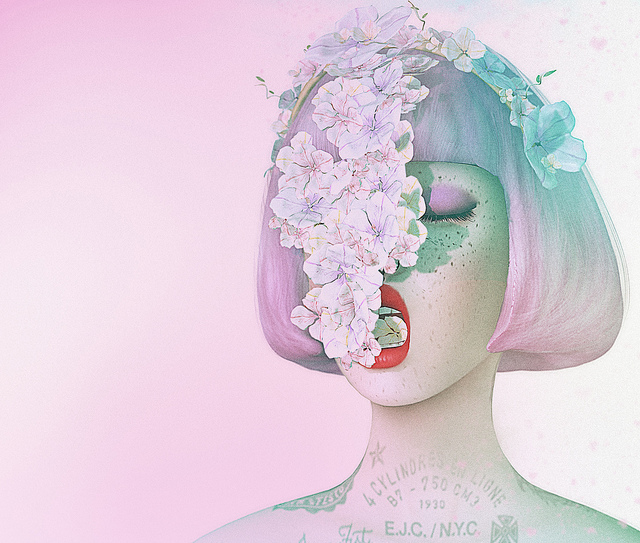 What if attachment isn’t the horrible demon we’ve made it out to be?

There are a lot of changing paradigms out there now, and staying attached or unattached seems to be one of them.

Although, by my own personal practice of spirituality (through Buddhism and yoga) and my adoration of questioning psychology, cultural, and societal belief systems, it might appear that the practice of non-attachment is something I would place on a pedestal…and perhaps, for many years, I did.

What also affected my previously pessimistic feelings toward attachment was feeling pressure from society and peers to be a “modern woman,” progressive and open to the challenge of changing cultural norms.

I’ve tried open relationships. I’ve attempted the concept of making my love so big and generous that I don’t require labels about my connections, or opinions on how I interact with the people I am in relationships with.

This was an interesting journey to say the least. Exciting? Yes. Confusing? Very. Tiring? Certainly.

In the end, I realized there was a false idea I was holding, around what my own heart and biology had the capability to do and maintain. I also began to understand that “big love” could mean many things.

In counselling training, I learned about attachment and the importance of how a child must attach to his parents for his own survival—and how this can be either a healthy or unhealthy (or often, somewhere in between) bond. I was taught this was a scientific model called: The Attachment Theory.

The interesting thing is that there is not just one type of attachment that forms the primary structure of our personalities; it is described that there are actually four. It is also curious that in this model the infant must attach to at least one primary caregiver for “successful social and emotional development.”

Thinking about this, I wondered if some of us adults might be the same?

Anxious-ambivalent attachment occurs when the child does not feel that they can safely depend upon the caregiver fully—and so, separation anxiety for the child develops, which is not soothed by the caregivers return.

Anxious-avoidant is when the child chooses to avoid time with their caregiver, often due to the caregiver’s emotional unavailability or own dis-regulation.

Disorganized attachment is when the caregiver is both the form of soothing and also one of abuse, causing the child to have a confused relationship with love and fear, and the child is constantly on edge.

What I noticed in my attempt to alter my own monogamous ways was that I also felt I had to let go of the feeling of secure attachment. When I unpacked this—and to be honest, I had several experiences in which I felt confused, anxious, ungrounded, and disconnected from my heart—I realized it caused something to be missing in my life. This “something” was not about being in a relationship or not, but it was a deep grief about the loss of the right to feel a fixed connection with another.

I then had to reconcile that it was okay to want commitment (attachment) and strong-singular bonding, as well as the support this provided for me on an emotional and physical level—and also a biological one. I realized too that this was not just in romantic relationships, but also in friendship-based ones. It seems that the nervous system regulates more quickly and manages hormones, anxiety, and feelings of peace when we allow for attachment in our lives.

In my Buddhist studies, the concept of non-attachment is a popular one. It is understood that it’s attachment to other people, outcomes, and objects that causes us suffering—as when these things leave, we miss them. Since life is always impermanent, if we avoid attachment then we might have greater ease as things shift and change in our lives.

However, the lack of attachment could also mean that we never take the risk of fully connecting to another being—or of becoming vulnerable enough to admit the desire we have for them to be by our side—and with that, missing out on a depth and ballast that we might require.

I have shifted to making peace with my attachments—and even more so, reveling in and celebrating them. I have admitted to myself that I want certain people close to me, and that I desire these people to have solid and mutual copacetic communication with—and a certain amount of trust, understanding that we will be there for each other.

I work toward secure attachment; not only that, I came to the epiphany that it’s completely fine to want and pursue only relationships that offer this to me—ones that suited my own attachment style, which is an adoration of security.

We are not children, but this system of attachment is something we still use. For my own regulation, I choose the style that will support my healthiest self. Perhaps, this is modern and progressive? Maybe accepting exactly what our unique requirements are is as “modern” and “whole” as we can currently be.

From Attachment to Detachment: A Buddhist Solution.

Bonus: “The One Buddhist Red Flag to Look out For.”