Don’t Knock this Unexpected Protein Source until you Try It. 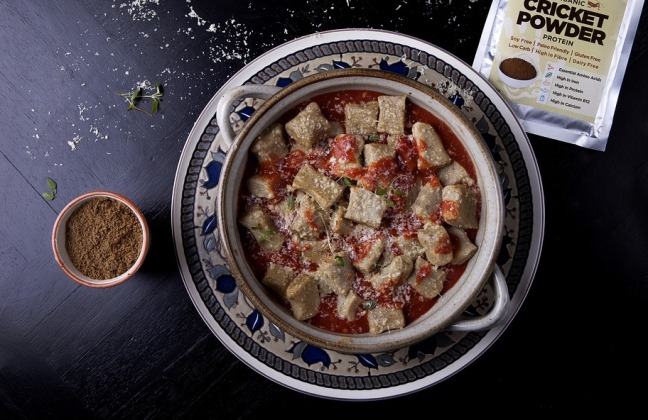 Vegan? Vegetarian? Paleo? Pescatarian? How do you define yourself in relation to your food habits?

When one aligns with a particular diet, it is generally for a very specific reason.

Perhaps one is looking to eat healthier in order to build a healthier body, or perhaps one has definitive views around eating something with a face. Maybe it’s a combination of both, or maybe it’s for a completely different reason.

When I was 18, back in 1990, my mother and I were watching an episode of “Donahue.” (If you have 45 minutes, I highly recommend watching this.) The episode featured Lisa Bonet, River Phoenix, Raul Julia, and John Robbins. They were discussing veganism and vegetarianism. Robbins was discussing his book, Diet for a New America.

As soon as the episode was over, my mother and I went to the nearest health food store to find this book. Once it was in my hands, I cracked the spine immediately, and by the time I was halfway through, I declared that I would only eat a vegan diet.

Veganism was very difficult for me to maintain, and I bridged into becoming a vegetarian, eating no fish, meat, or poultry, but eating eggs and milk products. That seemed to work, and there I happily stayed for 18 years. I had chosen vegetarianism for my own health, as well as to take a stand against the mass production of animals as food, and the abhorrent ways that animals were being treated (for the most part) for meat production. Watching a calf get torn from its mother to become veal made the largest impression on me, and that image will forever be imprinted in my heart.

It all came to a halt when, after suffering from vertigo on and off and experiencing a rare form of pica during my pregnancy with my second child in 2005 (I was having olfactory cravings where all I wanted to do was smell weird things like white-out, permanent markers, tires, and gasoline), I found I was dangerously low in Vitamin B12 and iron.

After doing a bit of research, I discovered that B12 was necessary for the myelin sheath that covers the dendrites in our brain, and that without the proper sheath, one could experience neurological problems.

What was even crazier was that I was also having super weird dreams about eating chicken wings (okay, fine, crispy chicken skin), and dousing food in beef gravy. Now it all made sense—I was so deficient in key nutrients, that my subconscious self was giving me some pretty serious cues that something had to change.

I decided to eat meat products again instead of taking B12 injections. After all, I had chosen to be a vegetarian to improve my health and to not have to resort to something like injections, but that was exactly what I’d have to do to continue with the vegetarian diet.

Enter insects into the picture.

Insects like crickets and mealworms are high in B12, protein, iron, calcium, fibre, prebiotic fiber, and all nine essential amino acids, and they boast an impressive ratio of Omega 6 and 3. And, if that’s not enough, their ecological footprint (or “foodprint” if you like) is far smaller than any other protein source on the planet…including soy (a main source of protein for most vegans and vegetarians).

I know it sounds absolutely crazy, and if you would have told me five years ago that I would not only be eating insects, but also be a head cheerleader for others to embrace entomophagy (the practice of eating insects), I would have thought you were absolutely off your rocker. Yet, here I am.

The insects I eat are all farmed in a free-range farm in Ontario. The crickets in this farm hop around as they wish, drink and eat when they want, and are only harvested at the end of their life cycle, which is around six weeks. They are put into a state of hibernation through a flash freeze, and then are roasted. No additives, preservatives, chemicals, antibiotics, or growth hormones are used. This makes me happy, and it appeals to the vegan mentality that is still very much a part of me.

At this point in time, I have eaten a variety of different insects: mealworms, waxworms (my favourite), crickets, and superworms.

When the insects are dry roasted, they have such a nice, mild, nutty flavour, almost like sunflower seeds. Once they are roasted, they can easily be ground into a fine powder that can then be used in smoothies and virtually in anything you bake or cook.

For someone who is vegan or vegetarian, this is likened to finding the Holy Grail for those who are religious. Insects boast all the necessary nutrients that our bodies need, and they don’t taste or look like meat—especially when ground into powder. So, your favourite veggie chili, you know, the one with the black beans, kidney beans, chick peas, and mushrooms? Well, it will still look, smell, and taste the same. The only difference is, now it has the B12, iron, amino acids, Omegas, prebiotics, fiber, and so much more that it lacked before—and you can probably say goodbye to your supplements.

Chances are, your body will also digest and absorb the nutrients from the insects way better than your supplements anyway. Of course, you can sit and snack on whole roasted insects as well, especially those that are seasoned like BBQ, sea salt, or chili lime, but if cooking or baking is more your thing, then the options with the powder are absolutely endless. Some of my veg friends love it for their morning smoothies, bowls, or pancakes, and in baking like cookies, brownies, breads…you name it.

No matter how you identify in terms of your eating tenets—vegan, vegetarian, flexitarian, or meatatarian—you. might be surprised to find yourself including insects in your diet in the near future. As the old adage goes, “Don’t knock it ‘til you try it!”

How to Eat Crickets Without Throwing Up: A Guide to Insect Cuisines. 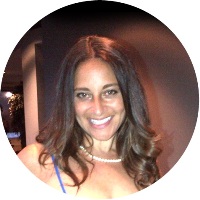