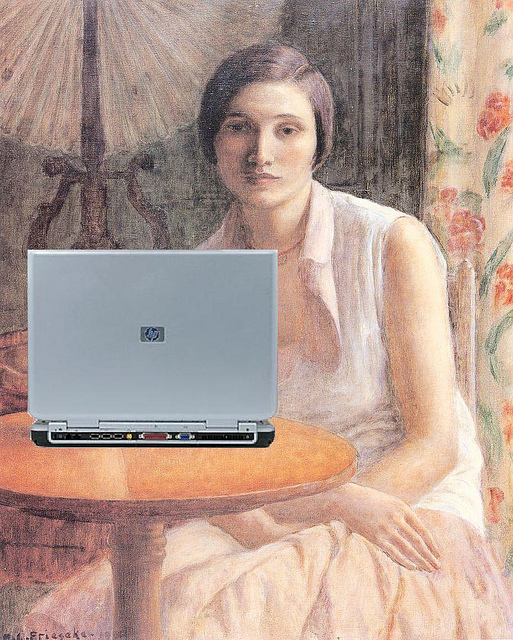 The world of internet dating is dark and murky sometimes, although I can only give a firsthand account from a male perspective.

From all of the research I’ve done, it is a completely different experience for a female. You may not realize that the industry rakes in about $2 billion annually, almost 40 million Americans have tried it, and most astoundingly, over a third of marriages that have taken place since 2005, started with a photograph and a blurb.

Now the bad news: one third of all the people who use dating sites never actually wind up on a date. There are many reasons for this, but from what I can gather, it is generally because there are a few stages that men have to go through to get to that first cup of coffee. Then there is always a chance that things will start off well enough and then you’ll subsequently get ghosted and never hear from the person again for no good reason—or rather, no good reason that you’ll ever know about.

You can get much more clarity as a guy if you learn about how women experience internet dating; which is, by the way, a difference of almost 180 degrees.

I did a little anecdotal research with the women I have been talking to on various sites. Yes, if the site exists, I have a profile up. And I am able to help you guys understand how this happens. Simply put, you could be the most promising thing on Monday or Tuesday, but not so much by Wednesday.

So, if your dream girl finds someone that just completely bowls her over, you will be a distant memory before you can say, “Wanna meet at Starbucks?” No one ever claimed it wasn’t a cruel world.

Another disconcerting statistic about dating site profiles, is that 50 percent of the time the person you are scoping out is lying about something. Or, they could be lying about many things.

When I was naive and new to this world, I got interested in a few people that didn’t resemble their profile photos at all. One woman sent me almost a dozen pics over text and they basically turned out to be, shall we say, artful deceptions. People in their 40s tend to forget that 2011 was a long time ago. So, let me remind everyone: that infant you posed with is now in first grade and can rock an iPad better than you do.

Okay, now that we got that straight, here are some practical tips for guys, and most especially, guys in their 40s to get some activity going:

Photos. Reach into your pocket and call a professional photographer. Then reach in again and pay him. No one is saying you can’t have a profile with a blurry picture your mom took of you the Christmas before last, but be serious. It doesn’t matter how many of your Facebook friends commented on how good you looked. If you want to hear that email ding, you have to think outside the box. In terms of percentages, my activity doubled with those great photographs.

Your bio. Okay, here you don’t necessarily have to hire a professional, but these services do exist if you come off sounding like a creep or a serial killer. Things you absolutely need to steer clear of are: negative rants about how you have no time for drama queens, how funny all your friends say you are, or how embarrassed you are to be using a dating site. We’re all embarrassed. Now try to be impactful and positive. Being a little creative and funny helps too. Statistically, unless you’re 24 and look like Zac Efron, you are going to be writing a lot more messages than you’ll be getting back. Your stats will increase dramatically if you learn to be engaging and affable.

When the ding comes. The moment of truth! You wrote to someone who you were attracted to and they wrote back. Rule number one, stay cool. It’s a common misstep to start choosing whether you’re going to sauté or pan fry your fish the second you feel the slightest nibble on your line, but don’t make that mistake. A nibble is just a nibble. Now you need a whole lot of finesse and a little luck.

Take it from someone whose been doing this for the last two weeks, it’s not a date until she walks though the door. Give it a little time before you answer because, although no one comes out and says it, if you respond in less than a minute, you may as well wrap yourself in a big red flag. Some might argue that it’s best to be authentic and not play games and, yes, that looks great on paper. Now come back to planet earth and wait about 15 minutes before responding.

All in all, this arena is not for the thin-skinned or those struggling with depression. You really need to be driven and know how to persevere in spite of obstacles to make this work. It really comes down to a choice between getting tough or sitting in your house on the weekend binge watching Nurse Jackie. While those episodes are simply riveting, we all know in our hearts what the better choice is: a soy mocha latte with a complete stranger.

The One Buddhist Red Flag to Look out for.