Witchy Stuff 101: What is Witchcraft, Really?

It’s a loaded, evocative word that provokes strong reactions in nearly everyone. What does it call to mind for you? Green-skinned crones riding broomsticks through the night? Black cats and pointy hats? Samantha from “Bewitched”?

Or maybe your associations are more progressive and involve hippie maidens in flower crowns at candlelit Wiccan ceremonies, pockets crammed full of amethyst and quartz crystals?

Regardless, its meaning is elusive—perhaps it doesn’t want to be easily understood.

It’s been almost 30 years since I first called myself a witch and felt the weight and mystery of the word from inside of me. I was 16 and should have been fresh as a new bud, but I’d been struggling with depression for half of my years and felt wilted on the stem.

I was a world-weary girl when I discovered witchcraft, the practice that would become my solace throughout the decades to come.

So, what have I learned in that time? What do I know about what witchcraft is? Maybe it would be easier to begin with what it’s not.

>> A religion. Witchcraft is a practice, in the same way that meditation is. A witch can be an atheist or agnostic or a follower of any religion.

>> Automatically Wiccan. Wicca is a religion created in the mid-19th century by a man named Gerald Gardner. Some witches follow Wicca, and some Wiccans are witches, but the two don’t necessarily go together.

>> Necessarily ill-intentioned (but it can be). I won’t tell you that all intentions witches set and all spells they cast are for the benefit of those involved. Witchcraft is based in free will, and some witches will for bad things to happen from time to time (a curse)—just like most everyone else does.

>> A practice/craft based in intention. Having a strong will and intention is the most basic component of witchcraft. When you’re trying to manifest an outcome, you can’t be wishy-washy about it. Think of it this way: if your intention is to get groceries, you don’t just head out your door with no money or cards and wander aimlessly, hoping it just works out that you get groceries. You go, intentionally, to the grocery store. It’s the same with witchcraft. You decide what you want, and you take steps to get it—whether it’s world peace or a new car.

>> Extremely individualized to each practitioner. Given everything else I’ve said, this one is kind of a no-brainer. However, it bears repeating: there are as many ways to witch as there are witches. Here’s an example: being a witch has led me to examine my thoughts and actions carefully to determine whether they’re in line with my core beliefs. For instance, I don’t consume animals. I follow the tenet of “live and let live.” With the abundance of food choices available that don’t necessitate death, I see no reason to cut another being’s life short for my own nourishment. But not all witches agree—and that’s okay.

>> A belief in a sort of quickening spirit that fills the world. We all know there are forces we can’t see—electricity, for instance, or WiFi signals. We can’t see them, but we know they work. A few hundred years ago, such things that were unknown would have been characterized as witchcraft. Who’s to say there aren’t other unknown, unseen channels and forces that we can tap into? Witches believe they exist, and that by being open to them and aligning oneself with them, we can effect change in the world.

>> Pride in one’s self. Witches are proud people. We believe that we’re as good as anyone else in the world, and we don’t bow and scrape before others. We look everyone in the eye and treat them as they treat us.

What do you think? Maybe my definition has struck a chord deep within you, and you’re wondering if you’re possibly a witch, too. Only you can say whether you are or not, and if you say you are, you are! Witches don’t proselytize—I’m not here to lure anyone to the craft. But I do believe that incorporating a little witchcraft into your life can be empowering.

Here’s a simple way that you can try out the practice for yourself:

Start an intention journal. Witches usually keep a “Book of Shadows” where they record all the details of their witchy lives (spells, rituals, phases of the moon, etc.). It’s a good way to keep yourself on track with your intentional growth and check your progress over time. An easy way to adapt this practice for yourself is to keep a special journal where you record your intentions and the steps you’re taking to manifest them. I find that making my intentions into rhyming statements that I can easily remember and make into a sort of mantra helps me immensely—something as lighthearted as. “Within a week/ I know I will/ Have enough/ to pay this bill” can work!

Start simple, and keep it positive. Don’t say, “I won’t eat junk food this week.” Instead, try, “I will focus on eating healthy this week.” Remember that putting letters and words together is spelling—and that’s what casting a spell is!

There are many ways to improve your life by adding a little witchcraft into it. So don’t be afraid to look for the witch inside you. She’s there, and she’s waiting for you. 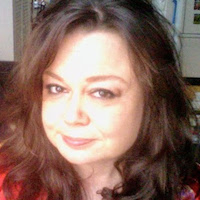