Breaking the Chains of a Crazy Childhood. 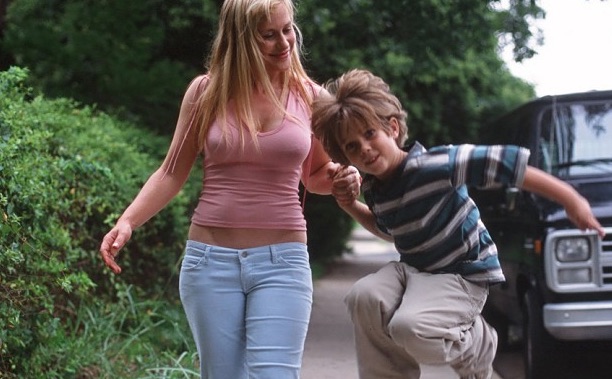 As much as I learned to despise the deplorable way that my parents communicated to us and to each other, I was also inadvertently learning to communicate—or more accurately, miscommunicate—in the very same way.

I would cower in my upstairs bedroom as 5:30 p.m. approached, and when my father walked through the door, I would only need to listen carefully to know exactly what kind of night I was in for.

If I was able to discern the sound of car keys being thrown forcefully on a countertop, I could feel my adolescent heart sink into my chest. In a codependent household, the angry overweight father is like the orchestra leader. When he came home and signaled with the car keys that we would be playing a death-like dirge, you didn’t dare walk around carefree and lighthearted. It’d be as inappropriate as blowing into a kazoo during Wagner’s Der Ring des Nibelungen.

At least this is what I believed in the deepest recesses of my heart as I grew into a young adult.

There always seemed to be someone yelling, someone crying, someone slamming a bedroom door, somebody peeling out in their car; just an absolute melange of negativity every waking hour of every day. And what was most humorous was, to my parents, it all seemed so “business as usual.” So much so, that when I saved up enough money to get my own apartment at 17, my parents were utterly shocked.

“You’re still in high school. Why the hell are you moving out?” they yelled.

The tragedy, as I mentioned, was that even though I was able to physically remove myself from the nuthouse, my way of relating to others was almost permanently set in a dysfunctional cement, and it would wind up taking decades to “un-learn” all of these habits.

There are some people who never get there though, and that is an even greater tragedy. While I would never discount the benefit of years upon years of therapy, there are actually things we can do to help ourselves along the way.

The following steps only began working for me, however, after I finally reached a place where I was able to recognize how my childhood was manifesting itself in my adulthood, and so it definitely helps to be somewhat self-aware.

Fight the urge to be a people pleaser.

People pleasing, as those of us who have done some work have come to understand, is a manipulative and passive-aggressive way to seek the acceptance of everyone around you. It never turns out to be terribly helpful to your intended target and it’s utterly destructive to you.

While it is a natural response to never feeling good enough, it—like many of the other attributes of co-dependency— can be toxic. You will never be able to present your authentic self to the world if you spend your entire life fielding the wants and needs of others and acting on them 24/7. You will also build up a quiet resentment. Take stock of your behavior at the end of every day and notice if you are doing this. And then, for God’s sake, stop.

Self-esteem is exactly as the word indicates, esteem derived from within ourselves. It is unfortunate that most victims of bad parenting come to understand it as worth that is rooted in what other people think of you.

This is a grave mistake because it is often next to impossible to earn the love of others unless you carry yourself in a way that warrants that sort of acceptance. If you leave the house feeling worthless, this is what you are going to attract to yourself. It’s actually more a case of “animal kingdom” than it is quantum physical woo-woo. It falls along the lines of a dog-sensing fear. Find ways to build esteem from within and you will begin to perpetuate esteem from others. Need some help? Pick up Flawed by Emily-Anne Rigel or Self-Esteem by Dr. Jennifer Alison.

Don’t believe everything you think.

When you find yourself in a bad place, stop for a moment and do a little research. You may find that much of the time, a lot of the stuff that sets you off might actually be pure nonsense rooted in the convoluted emotional lessons you received from your parents. I can only suggest this because I live with this every single day.

There is always something that makes me feel a certain way where if I stop for a second and analyze it, I realize I simply do not have enough data to make the determinations I am so fond of making. As much as I want to believe that every interaction I have with others that isn’t pure bliss is the result of my shortcomings, this is just not possible. There are so many other variables. I’m in a place where I feel it’s better to err on the side of mental health: I assume it’s not me unless otherwise informed.

Almost from the moment my cognition was functioning properly, my mother used to remind myself and my brothers at least once every few days, that my father’s father was a self-loathing wretch and this was why my father was the way he was. While I don’t doubt the truth of that theory, I do think that it should serve as inspiration instead of an excuse. If this sounds familiar to you, then look at it like this: you owe it to your kids, your friends and the world at large to stop the madness. The best thing you can do is learn to love yourself. I suggest Brené Brown‘s Rising Strong and Sharon Wegscheider-Cruse’s Learning To Love Yourself as a starting point.

If you grew up in a crazy household similar to the one I described then you don’t need me to tell you how difficult life can be at times. We are a scarred bunch and we run into a lot of brick walls as we try to navigate our adult life; we almost always feel out of place and alienated, too.

However, we are also resilient and strong and have so much to offer once we get our challenges in check. It takes some work before life is but a dream—but when we get to the other side, we realize we wouldn’t have had it any other way.