Not allowing a Life Transition can kick us where the Sun Don’t Shine. 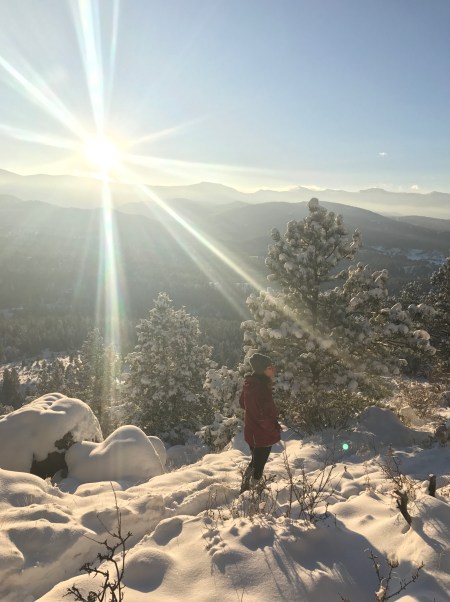 I’d love to tell you how easily I adapt to change—but I’d be lying.

I vividly remember the moment I enrolled at The University of Colorado, Colorado Springs, and declared my major as English Language Arts.

I loved all of the literature we read, and I quickly began to appreciate the art of dissecting and explicating passages and excerpts from famous authors such as Frederick Douglass, Walt Whitman, Ralph Waldo Emerson, Mary Shelley, and F. Scott Fitzgerald.

Apart from taking several classes focusing on literature, writing, and grammar/composition, I do not recall the exact moment I was introduced to the idea of “transition sentences.” I imagine the concept was first proposed during my elementary years, long before my college years even existed.

That being said, I do remember the exact moment my principal informed me that my students were not using transition sentences properly. On this day, I recall thinking she was focusing on all the wrong things. Why was she so concerned about such minor detail? She was hypersensitive to whether my students transitioned from paragraph to paragraph instead of other factors such as: content, grammar, spelling, and vocabulary usage. I would say it took me some time to realize the importance of what she was trying to stress to me; it is not just the content of the paragraphs that defines the story, but also an author’s ability to transition between them.

In life, transitions have a similar quality.

Such transitions keep us grounded and allow us to move through one phase to the next with ease and confidence. Sometimes, during moments of change, it is easy to forget how important being present is and even easier to get caught up in only focusing on the future. And when we keep our “eye on the prize” with only the final step in mind, we forget to just simply take the next step.

You may even forget (as I once did) that there is great power in remaining present in times of change because our ability to stay present can often be a determining factor in our capacity to move with the ebbs and flows of life.

I’d love to tell you how easily I adapt to change and that, in moments of transition, I am present and go with the flow gracefully; however, I’d be lying. Turns out, change is really hard for me, and the particular transition I’d like to tell you about has been incredibly strenuous.

For five years, I’d worked as a school teacher at a residential treatment center for young boys with varying learning abilities and behavioral concerns. And for five years I loved my position. I felt greatly blessed to work in an environment in which I was making an impact, while working with such incredible students and extraordinary colleagues. I’ve truly never loved a job so dearly.

And then one day, I no longer felt like this.

In fact, I felt angry about the anxiety creeping back into my body. My colleagues noticed, my boyfriend noticed…hell, even my dogs figured out something was up.

I was feeling irritated by the smallest things. I felt easily bothered by the quirks and eccentricities of working at this place. I felt exhausted halfway through the work week. I felt great frustration over the expectations set by my superiors, and at times, I even struggled to feel empathy for some of my students on many of their toughest days.

And then the next day…

and the next day…

and the day after that.

I remember approaching one of my supervisors to discuss some of the pressure and distress I was feeling at work. At the time, I thought by opening up to him, I would, in return, receive a giant pat on the back and a “you got this” pep talk.

Instead, I was met with an understanding look, and with empathy in his eyes, he sincerely listened to my concerns. Looking back, I was finally feeling like I was being heard. For months and months, I had voiced my concerns about the frustrations I was feeling, but I was always left feeling like I wasn’t doing enough and I just needed to “try a little harder” or “change my perspective.” Instead, and on this day, one of my supervisors heard my concerns and suggested I consider another option or taking the “next step.”

It was a profound moment and my heart was terribly heavy knowing what I needed to do next, which was move on.

I needed to transition.

So, a few months later, I took the leap of faith and shifted out of a position I loved so much. I learned a lot about myself and my willingness to participate in change. Although the uncertainty of quitting my job still haunts me today, I knew it was time and that other opportunities awaited. And although initially it was a quite a challenge for me to let go of something for which I cared deeply, the process of moving forward, changing, and transitioning has been a wild rollercoaster ride of ups and downs and everything in between.

I can say, with great honesty, I am still progressing forward, and 11 long months after initially making the decision to quit, I am finally getting around to putting my thoughts into words.

Yes, working in mental health for five years greatly challenged me, and 100 percent of that time, I was challenged to be a better, more compassionate, and kinder human being. So, because of those children and that job, I am a sincerer, more patient, and more understanding person. I believe I am finally growing into the woman I am meant to become.

Transition can look different for different stories, and some stories require more transition sentences than others. However, every story shares a similarity and that is conflict. You cannot progress through any story without conflict. Transitions in itself creates conflict by ending one thing to begin another. This is what I had forgotten as I evolved and moved forward. This was the idea keeping me from being entirely present and moving with the ebbs and flow of this life.

So, what is the lesson in all of this? Not to forget the importance of a transition. Not to forget to allow yourself to flow with the change and to remain open and present. In doing so, you’ll always find a way to finish telling your story. 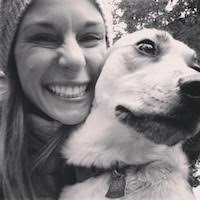