Sex Addiction: Is it really a Thing? 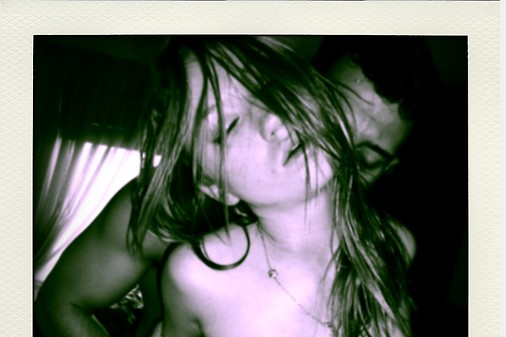 Last night, I received a phone call from someone I met a while back at an addiction support group; the guy was a wreck.

No, he hadn’t gone out on a two-week long crack binge, and he hadn’t blacked out from drinking and woken up four days later in a different part of the state; he had become entangled with a much younger woman who, from all accounts, seemed to be siphoning off every dime he had, in exchange for carrying on an inappropriate relationship with him.

Inappropriate, because in addition to being 20 years his junior, she was also still living with the father of her children. It had all the makings of a poorly constructed soap opera.

“This damn sex addiction,” he sobbed, “It’s got me by the neck!”

I listened to him as compassionately as I could, but when we got off the phone, I decided to take a stroll down the Google rabbit hole into “sex addiction.”

I mean, yes, I know that we, as a society—especially those of us on the progressive side of things—take for granted that sex addiction is a “real thing,” but I want to look into what the medical community has determined.

Harvey Weinstein, Kevin Spacey, Tiger Woods, Anthony Weiner, and countless other celebrities have indicated through publicists and management teams that they suffer from this malady; but there is a pattern I’ve noticed with all of these people.

They usually make these announcements after they’ve been confronted with their actions and after they’ve hurt a multitude of people—and that makes me a bit skeptical. Are they just creatively trying to weasel out of being accountable for their actions?

According to Dr. David Ley (yes, that’s pronounced “lay”) in his book The Myth of Sex Addiction, the answer is a resounding “yes.”

Ley argues that men need to take responsibility and be held accountable for their poor sexual choices, instead of relying on a label that relegates their desires to some “demonic force” that needs to be “feared, treated, and exorcised.”

“If you take away sex from a sex addict, nothing happens,” Ley explained on the podcast “Science Vs.” According to Ley, “No one ever died in the history of the world from blue balls.”

Dopamine, as you might remember from high school science class, is the brain chemical that involves reward and pleasure. It’s a natural biological response to want to seek out avenues that release the chemical.

“I do not believe that it is possible that someone has a sex addiction just because sex involves reward and dopamine,” said Dr. Prause. “There are literally thousands of activities that involve dopamine—everything from watching your favorite movie, to playing with puppies, to holding a baby—these all involve those systems. If we start calling all of those things addictions, then the word is meaningless.”

The American Psychiatric Association’s Diagnostic and Statistical Manual of Mental Disorders (DSM-5) serves as the authoritative text for the entire psychological profession—most especially for diagnosis and treatment of officially recognized disorders.

Among many of its functions in the psychological community, it determines health insurance billing and treatment recommendations. It’s the bible for psychologists and psychiatrists, and it still does not recognize sex addiction.

Some have argued that this seems like an arbitrary decision, especially since the newer edition of the manual now includes B.E.D. or binge eating disorder. The American Psychiatric Association argues that there exists solid empirical evidence to support their decision on B.E.D. and there is just not compelling enough evidence for sex addiction.

This is the official word on the subject. Dr. Prause sites some first-hand research that she recently conducted, in which she was able to prove that people are poor judges when it comes to self-diagnosis. She was able to prove with scientific certainty that many of the subjects who claimed to have no control over their sexual desires usually had greater control than the average person.

Intrigued? Check out this year’s third episode of the podcast “Science VS.” if you’d like to hear more about this. It is, if nothing else, an entertaining and well-produced half hour of radio.

What I learned from all the research I’ve done on the matter is: when it comes to sex, there are too many unreliable human emotions wrapped up with it for most people to be fair and objective—especially when judging themselves.

I also understand the hesitancy that the psychological community possesses when it comes to allowing powerful men the opportunity to dismiss their behaviors so easily. With a lot of these paragons of the patriarchy, the less excuses they have, the better.