How to Save the World through something an awful lot like Cultural Appropriation. 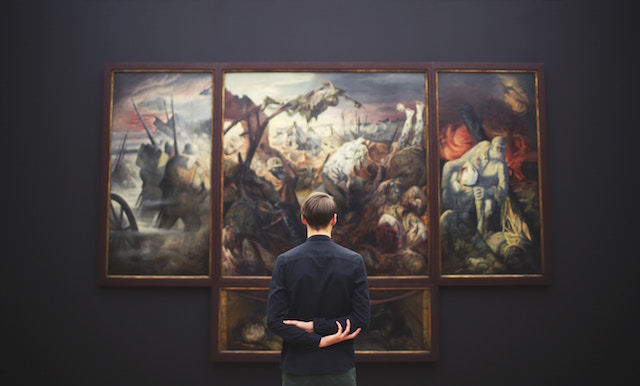 In January of this year, I was on a much-needed retreat from the busyness and stress of work and life. I decided to take things down a notch by spending a week in a tiny house in the jungle of Kauai.

Early morning on the second day of vacation, my phone flashed an alert warning—“BALLISTIC MISSILE THREAT INBOUND TO HAWAII. SEEK IMMEDIATE SHELTER. THIS IS NOT A DRILL.”

With tensions rising between the United States and North Korea, the missile threat was all too real, all too possible. What alternate reality am I living in, I thought? How has it come down to this, that we live in a world where nuclear war is now a daily thought, or even a possibility?

Unfortunately, it seems—as I watch and read the news in daily disbelief—that we live in a world where our political leaders value and so frequently use hard power—the use of military and economic means to influence the behavior interests of other political bodies. But what about the less bloody havoc horror-inducing alternatives, such as soft power via cultural diplomacy?

Culture has the power to inform, influence, create meaning, prove points, sway ideologies, and shift political paradigms. What if we utilized our art, our music, and other aspects of culture to exchange ideas, and foster mutual understanding amongst our adversaries? What profound and peaceful effects it could have…

During the Cold War, the United States sent jazz musicians to Russia. Why? Because jazz was the music of the free world, an attempt to show Communists a seemingly exuberant slice of capitalist Americana. In 1949, then new and controversial artist Jackson Pollock rocked the cover of Time magazine, wielding his wild brush. Why? To publicize his unique drip style abstract paintings. He represented a break from the rigidity of former art history genres. His style broke all the rules; it represented freedom of expression. Through art and music, America showed the world just how free we were. Talk about some good PR.

Following 9/11, in February 2002, an exhibition of photographs by American photographer Joel Meyerowitz taken at Ground Zero, was sponsored by the US State Department and sent on an international tour. The exhibition titled, “After September 11: Images from Ground Zero” toured approximately 60 countries. Upon the commencement of the exhibition, Colin Powell stated:

“We send these chilling photographs out to the world as a remembrance and as a reminder, a remembrance of those who perished, and a reminder of our commitment to pursuing terrorists wherever they may try to hide.”

The photographs were a visual representation of the horror and suffering the United States and its citizens experienced during 9/11, a visceral use of cultural diplomacy. We can only speculate what the State Department’s aim(s) was—the most obvious perhaps, to garner political support and backing for an impending war on Al Qaeda. Or maybe to show the world that the United States was actually a victim for once? That we weren’t to be feared or hated, and to create empathy? Or perhaps to build the connection and bond of the common man, and show our shared humanity.

Each and every United States embassy abroad displays and hangs American art on its walls. The art is chosen by the current ambassador, which also changes with each new administration. As the President changes office, so do the appointed ambassadors, reflecting a trickle-down effect of initiatives. The artwork that the Bush administration chose was vastly different from the Obama administration, as were their agendas.

These artworks on display in nearly 300 embassies and consulates carry gravitas; they are the visual representation of America in each host country. It’s estimated that 15,000 people will pass through the Paris residence in one year—many of which are highly influential political world leaders. Think of the potential impact that these paintings, sculptures, etc., can have.

We are grossly underestimating the power of cultural exchange. Of cultural sharing.

Instead of telling Kim Jong-Un that our button is bigger than his, what if we invited him to a play a game of corn hole and discuss world politics over a craft beer? Okay, I jest, but there are other ways to communicate with world leaders other than bombing them or threatening, à la—“fire and fury like the world has never seen.”

Ever heard of ping-pong diplomacy?

Not joking on this one. Back in the early 70s, with the Cold War still very much on, the American table tennis team was in Japan for the World Championships, when they secured an invitation to visit the People’s Republic of China. This was the first invite to China that any group of Americans had received in 20 years, since the Communist takeover; a major event! All thanks to a casual game (or sport, depending on how serious we take our table tennis). This visit opened the door, which enabled at the time Secretary of State Kissinger, to arrange a secret visit to China, which was followed by Nixon’s historic visit not long after.

“The power of culture can often be underestimated as a diplomatic tool, but cultural exchange can not only serve as a universal icebreaker, it can tear down walls and build bridges between the most hardened of enemies. It may not turn foes into instant friends, but it does allow nations to find points of commonality that transcend politics.” ~ Cities, Museums and Soft Power by Lord and Blankenberg

In the age of information and globalization, news is being transmitted at lightning speeds and political tensions could not be higher. We’re battling fake news and propaganda every day. There is a fine line between creating and using art as propaganda, and using art along with cultural exchange in the spirit of cultural diplomacy.

Ultimately, the responsibility falls on everyone to do our due diligence, to fact check our sources, and to create and communicate mindfully.

“Only through art can we emerge from ourselves and know what another person sees.” ~ Marcel Proust

Remember When We Were Tolerant? 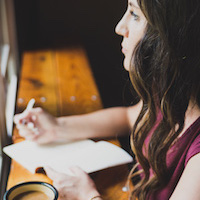