What it looks like to be a Successful Mother. 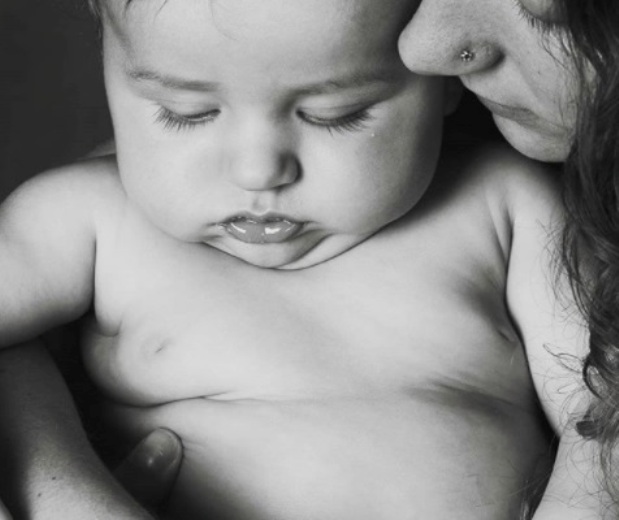 I started motherhood feeling like a little girl pretending to be a mother.

I had never worked full time, never supported myself. I had never held an infant or changed a diaper.

Then there I was, with what is arguably the hardest job in the world. Serious pressure.

All I could see was my expectation of who I would be as a parent, and the huge gap between that and who I actually was. I was scared sh*tless.

I went through my pregnancy with serious anxiety, and my transition to motherhood was no less difficult. It was, by far, the steepest learning curve of my life.

At the time, I didn’t recognize it as postpartum depression, as I’m not much for labels. But I can’t deny that I felt disconnected from myself, the world, and most difficult to admit, from my son.

Stuck in a Negative Cycle

I was simply terrified. It’s hard to feel loving and connected when you’re that scared. And now that time has passed, lessons have been learned, and my son and I are more connected than ever (most of the time), I can look back and forgive myself for not being there—in my heart—for my infant boy.

I spent the first three years of his life frantically trying to “wake up” out of it, to be the mom I knew I should be.

I recall a friend, an older mother of several children, coming to visit after the birth. She asked me, “Isn’t it amazing? Aren’t you just so in love?”

Inside, my stomach turned at my hypocrisy. Here I was with my newborn son, and no, I didn’t feel “so in love.” I felt terrified; I felt resentful of my responsibility and the world that had prepared me so poorly for it. I felt alone, helpless, and full of guilt.

Sure, on the outside I still did the things I thought were important. I practiced labor meditations pre-birth. I had a beautiful, perfect home delivery with a birth tub, midwife, and my doula best friend (now a midwife herself).

I breastfed. I wore him. I did skin-to-skin contact. I—regrettably in some instances—followed the protocols of attachment parenting to a tee. I omitted refined carbohydrates from his diet for the first year of his life and didn’t use harsh soaps on his sensitive skin.

Letting Go of Being the Perfect Mother

Starting to see a pattern? My constant sense of inadequacy as a mother led me to strive for perfection and yet always fall short of it because I was missing the very point: be here, with him, now, no matter who you are.

Little did I know it, but I was already a good mother. I just had to relax and allow myself to be her. Sounds simple, but it certainly wasn’t for me. And it still isn’t.

Unfortunately, that relaxing and allowing didn’t happen until my son was about three and a half. And even then, it wasn’t an instant transformation with trumpeting angels and blinding gold light.

It still, to this day, takes effort. Not an effort of striving and reaching toward my image of what a perfect mother—or a perfect person—should be, but the altogether more subtle and more unfathomable effort of surrender.

There are times when I lament those three and a half years lost, years during which I know my son was searching for me while I was busy searching for myself. And yet, I know there were still plenty of times when, despite everything, our hearts met.

Times when I sang him to sleep, times when he chortled like an old fat man at my animal impressions, times when he covered himself and the kitchen floor in pureed sweet potato and blinked coy eyes at me as if nothing at all was amiss.

What did it for me? It’s difficult to pinpoint. That said, I attribute my accidental career as a preschool teacher as a huge catalyst. Nothing helped pull me out of depression more than smiling, hugging, and playing with toddlers all day—even if some days, the smiles were forced.

But that forced engagement allowed me—required me—to come out of myself, out of the constant monologue of my harsh inner critic and into the real moment-to-moment world of play. It made me childlike, in the best sense of the word, and that reawakening of my playful, carefree self was exactly the “me” my son had been looking for all along. And, incidentally, so had I.

I’m not saying I’m like this every day. And now that I’m working in a different field, a fast-paced one that is very adult and much more intellectual, it’s more challenging to come home and meet my son in that playful place.

But the weekend comes around and he’s there waiting for me, ready to bake cookies, help me turn the laundry basket into a dump truck, plant seedlings on our sunny balcony, and be my “coach” when I exercise, substituting his own little body for my weights.

His childlike nature, which allows me to descend from adult land where everything is oh-so-important-and-urgent-and-essential, is my saving grace. When I remember to allow time to stop, to play with matchbox cars, to turn our couch into a landing pad, that’s when he and I are both nourished. That’s when I connect to him and to myself.

So in the end, I can forgive myself my flaws, my motherly and not-so-motherly imperfections. The beautiful thing is I’m freed from making myself into the facade of what a mother should be and I simply get to be human. That’s all he needs me to be.

If he can grow up and know me as a real person—my flaws and vulnerabilities, as well as my strengths, passions, and gifts—and in turn come to know and love himself as a real person, then I can say I succeeded as a mother.

Because it’s being human that’s the true struggle, the seemingly obvious but elusive quality of authentically being. And if we can give that gift to our children in a world that increasingly steers them away from it, there is no greater expression of love.

The Bittersweet Reality behind the Smiling Pictures Mothers Post. 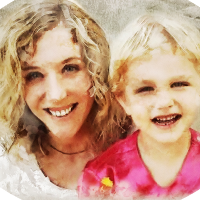