Why I no longer Align with the Liberal Agenda. 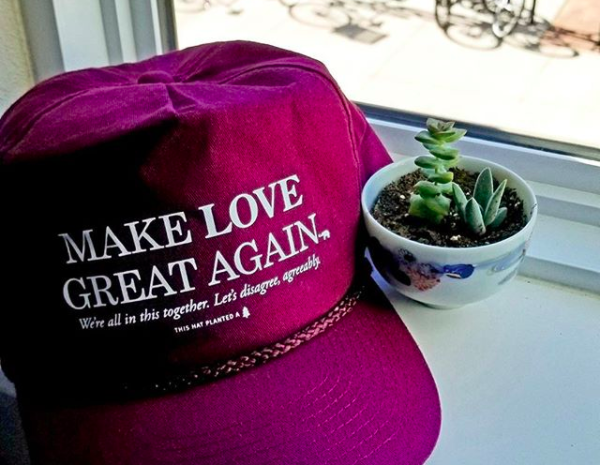 My attempt to return to open-mindedness.

I was born in a small town in the middle of nowhere Kansas.

The majority of the people in this rural area are conservative Republicans. My family is in the minority—we vote for the blue. My grandfather was a General Motors factory worker for 30 years and believed in unions and American-made everything. He was a firecracker of a man.

When he retired from GM, he worked at the one convenience/liquor store in town, and on a daily basis, had heated conversations about politics when his Republican neighbors came in to buy their daily 30-packs of Natty-Lite or loaves of Wonder Bread. He enjoyed these lively debates—even though they often left him fuming for days. He died of a heart attack a few months before Donald Trump was elected president. I often think that if he hadn’t died of that heart attack when he did, he would have the moment Trump’s election was announced.

The thing that always stuck with me about my grandfather, who ate bacon for breakfast every morning and hated cats so much he’d sometimes shoot at them with a BB gun, was his ability to say whatever he was thinking, to anyone, about anything.

I remember the era when people were freaking out about “the gays,” and he bluntly blurted out, “I don’t care what my neighbors do as long as they do it in the privacy of their own homes.” Which made me imagine driving through town seeing gay men making out on their lawns, and my grandpa yelling out the window, “Get a room!”—and leaving it at that.

That mentality has stuck with me my entire life. Let people be who they are, but don’t lose your own voice along the way.

Fast forward to a week ago.

I was in bed as usual, as I’ve been fighting depression for the last several months (or years or lifetime depending on how one looks at it) when suddenly it hit me.

I can no longer be aligned with liberals.

Now, before all the liberals on the planet freak out, let me explain in more detail.

It’s not like I’m crossing over to the red. I don’t believe in Trump’s politics. I still believe in pro-choice, LGBTQ rights, educating the public on how to critically think, recycling, and not selling machine guns to mentally unstable people.

But, I’m ready to align with the party of the open-minded.

Liberals with all of their hubbub about being open-minded are, in fact, not actually open-minded.

Could it be that we are all right and wrong at the same time? Is it possible to accept that other people have their thoughts on how the world should work, even if they are not the same as your thoughts—and that it’s okay for them to think them?

I want to be able to listen fully and not always be ready to fight back with how I’m right.

I want to be able to admit that sometimes I am wrong.

I am wrong. I am right. I am wrong and right.

When I admitted to myself that I was no longer a liberal, all the guilt of being liberal that I have held for the last 30-plus years faded away.

“People suffer because they are caught in their views. As soon as we release those views, we are free and we do not suffer anymore.” ~ Thich Nhât Hańh

When I let go of this label that I had been using to define myself for so long, I no longer felt dead inside. It was an intense moment. I cried, I laughed, and I got excited about the possibilities my life held once I was no longer holding on to being a specific way.

Things happen every day in our world that I not only can do nothing about, but even if I could, I don’t want to do anything about them. That’s the hardest part to say: there are situations that I want to change, but I do not want to do the work to change them.

But, as many people have said over and over throughout my lifetime, “you have to pick your battles.”

When I let go of all that sh*t, I suddenly became a better person than I had been in years. I drove my roommate to the airport. I gave a dollar to a homeless person. I bought my other roommate a birthday gift. I stopped and talked to an acquaintance who looked like she was having a rough time, instead of pretending I didn’t see her and going the other way.

I am far from perfect. And though those seem like obvious things people should do for each other, when you want to die inside, it’s nearly impossible to be basic-level decent. At least now I want to try.

What I want to focus on is how we can all become more open-minded for real. How does a pro-choice advocate accept a pro-life one and vice versa? How does a gun-slinging Republican accept that people who have suffered because of guns want more protection?

Krystal Baugher lives in Denver, Colorado. She explores the real truth at goeatacarrot.com and the real fake news at whattheconspiracy.com. You can follow her on Instagram her… Read full bio