The Dangers of Compartmentalizing our Emotional Needs. 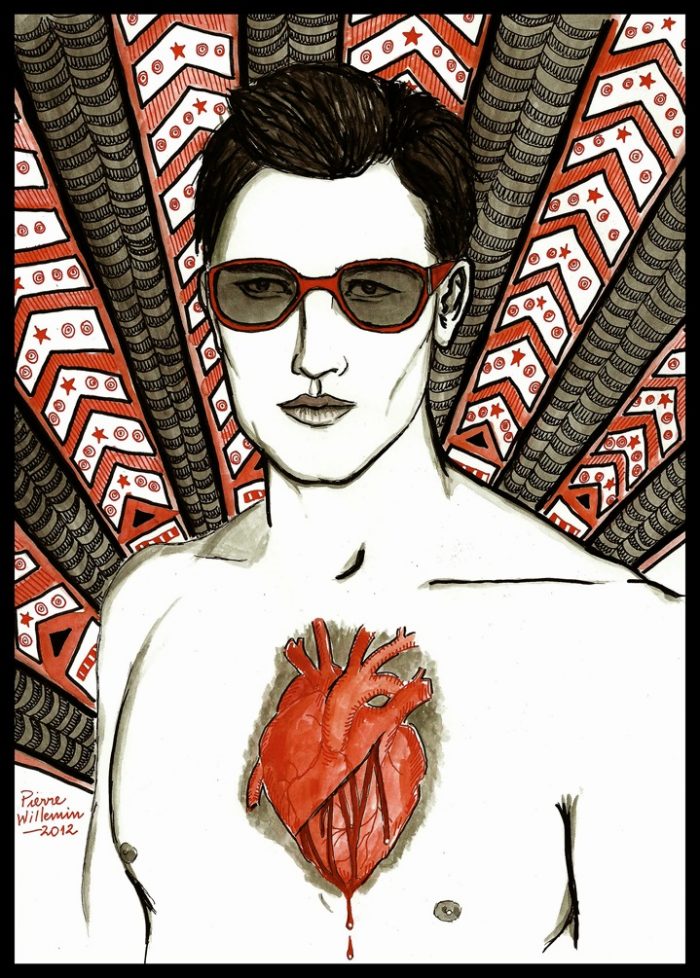 I looked down at my phone quickly and felt a strong compulsion to text my ex-girlfriend.

In the background, my two little girls were swaying between fighting and playing peacefully together in the sandbox—and as important as it is to me most of the time to not be seen as one of those fathers who stares at his phone while frittering away precious moments with his children, I had to send the text.

I was feeling cavernous and hopeless without any tangible reason. If I stepped outside of myself and looked back, I’d see that things were cruising along in a kind of peachy way at the moment…but I wasn’t feeling it.

“I have to try to meditate after I drop the kids off,” I wrote. “Everything is making me feel kind of petty and angry.”

“You’re exhausted,” she texted back without missing a beat.

Getting that text, in its own way, made things a little more difficult still. It is a hard pill to swallow sometimes that even after being apart for a year, there is no one on the planet who understands you or is better tuned in to you than someone that you most likely will never share a romantic connection with again. Throughout the past year, I really feel as though I’ve given it the old college try with other partners—but nothing was taking shape.

And she was right—I was very tired. And that was making me feel like I was lost in space.

I’m not completely devoid of connection, obviously. My three-year-old daughter seems to fall down and cry at least once every day, and I am certain that there is dopamine coursing through me when I pick her up and console her—or when I push my five-year-old on the swing, and we sing and laugh together. Dopamine, as most of you know, is that brain chemical most people spend their early years chasing with sex and drugs. Should we survive that period, we learn later on in life how to release it in more wholesome ways. It’s the “happy hormone.”

In addition to familial connection, I have the fortunate opportunity to play live music with friends in front of an audience more frequently than the average person. There really is no denying the levels of fulfillment that I have been able to reach emotionally throughout my entire life with performing. It is so good at times, I almost feel guilty for feeling this emptiness I can’t shake off lately—but I am beginning to get a handle on the cause.

We learn, in our dire need to be successful people, how to compartmentalize so many things. There is really no other way to be present for your children, for example, and still be pushing with every thing you have toward career goals, maintaining friendships, and planning strategies for the future. If you can’t keep “all the balls in the air,” as they say, you’re probably not going to be able to cut it. From my firsthand experience over the course of what I consider a substantial amount of time, it is impossible to compartmentalize emotional needs.

If you have one person that you are having sex with regularly, and one person who you hold deep affection for, as well as mentors, and children, and friends—it’s easy to think that all your needs will be met. I’m not certain it works like this, though. I’m obviously not running any case studies, but intuitively I feel like we need to take a much more holistic approach to emotional fulfillment. This is most likely how the nuclear family came into its own. The love of the two parents radiating love for the children in its most ideal state. No one ever said that it was an easy way to go—divorce statistics tell that story rather well—but if it can be managed, there’s really nothing like it.

This need for achieving some kind of holistic emotional source is the very thing that sends us blindly into dating websites and dates set up by our friends searching for “the one.” In my personal case, this search is most likely being hindered by my laser-like focus spent in the commission of getting my first book published. This, as most people who write know, is no small feat and probably not something that can be effectively handled as a “side project,” unless you are a celebrity or employing a ghost writer. Which I am not and have not.

Of course, that’s just me—and I’m perfectly willing to take one for the team. If you are not in this boat, however, it might be interesting to try this theory out. This is especially good advice if you too are having difficulties with that feeling of incompleteness, or you feel like you’ve been lacking that wholeness that you maybe felt once before but find more elusive as you get older—or as your marriage seems to be sputtering and coughing and stalling out like an old car. Just like an old car, this can be addressed with a tune-up. You simply need to take an inventory of what’s going wrong and fix it.

I know there are times I wish I had. Living in regret is seriously a fruitless waste of one’s time, but I think we can temper our acceptance of “what is” with a healthy amount of “what I might do next time.” What I have given up on trying to do, however, is compartmentalize my needs. As Pema Chödrön suggests, sometimes you just need to lean into the pain a little, instead of trying to pretend it’s not there.

Buddhist Insight on How to Deal with our Emotions.