I Re-wrote this Classic Lullaby & the Response was Overwhelming. 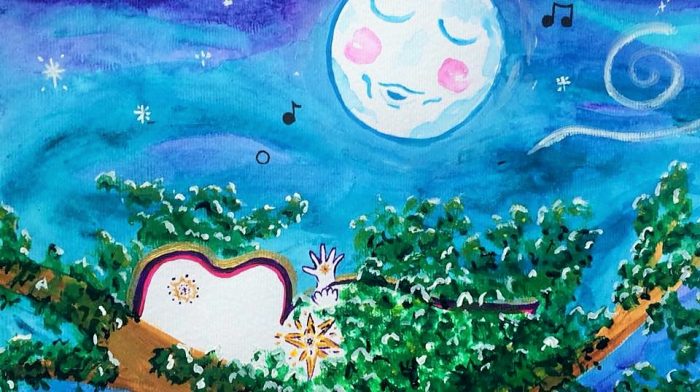 Everyone knows what happens in the original “Rockabye Baby”: the bough breaks, the cradle falls, and down comes the baby, cradle and all.

But for goodness sake, who wants to sing to their newborn about falling from a tree?

When my daughter was born, few things soothed her like my singing. But I simply could not bring myself to sing “Rockabye Baby.” It seemed the opposite of comforting…and maybe even cruel.

As I rocked her and sang, I started to wonder:

What if we told an entire generation that they were supported no matter what, instead of telling them that their tree would come crashing down underneath them? How would that change the world we live in, and the people those babies would grow up to be?

And so I set about creating a new future. After singing my infant to sleep, I would lie awake, night after night, dreaming up new lyrics to old melodies. Soon, I had developed a warmer, more supportive version of “Rockabye Baby,” with a total of 10 verses.

The first verse starts the same as the original and then diverges to tell the soothing story of deepening night. Midway through the verses, the lyrics transition the supporting element from tree to caregiver. The lullaby concludes by urging the child to remain “strong of heart,” and suggesting that the child is part of a great and wonderful mystery.

I certainly wasn’t the first person who thought a classic lullaby needed some improvement. In 1997, Sylvia Long published a new version of “Hush Little Baby.” In Long’s version, the child is comforted not by promises of presents, but by observations of nature and the mother’s presence.

Sylvia’s lullaby really resonated with me. And I began to wonder: could I do the same for “Rockabye Baby?”

As many a new mom will tell you, the early months of parenthood are filled with weird, twilight hours, and everything else falls by the wayside as you devote yourself to baby care. It can be a beautiful but tough and isolating time. For my own pleasure, I began carrying a 4” x 6” sketchbook wherever we went, and I drew pencil sketches to accompany my new “Rockabye Baby” lyrics whenever I had a moment.

But the idea of publishing was remote. In fact, it didn’t become real until last year, when my daughter had to be put under anesthesia for a medical procedure.

My daughter was just four years old, and this was the fifth time she’d needed to go under anesthesia. The anesthesiology team placed the mask over her nose and mouth, and I leaned down to sing to her. I began by singing one of our favorite Bob Marley songs. I sang all the words I could remember, and still she stared at me, her eyes huge over the mask. The anesthesiologist cranked up the gas, and I switched over to our version of “Rockabye Baby.”

The moment she was out, the anesthesiology team erupted with praise and excitement.

“Where did you get those lyrics?” a nurse asked.

Still shaken, I stammered that I wrote them and was “kind of” writing a children’s book. The team responded that they wanted a copy of the book when it was published, as well as a copy of me singing the lullaby, so that they could play it for other children who needed to be put under anesthesia.

But as I walked out the sliding glass doors, clutching my child’s clothes in a clear plastic hospital bag (she had changed into a hospital gown), I knew that the project had merit and had to be completed.

“You Think my Baby has What?“

We are frequent visitors to the Children’s Hospital of Colorado. Our doctors and nurses are like family; we have even celebrated her birthday with them. In fact, we are at the hospital up to three days each month.

After nine months of testing, my daughter was finally diagnosed with Diamond Blackfan Anemia (DBA). If you haven’t heard of it, you’re in good company. DBA is an extremely rare blood disorder in which the person does not make enough red blood cells to survive. Ever since she was six weeks old, my daughter has received a transfusion from an anonymous blood donor every three to five weeks. She is now five years old, and has received over 60 blood transfusions to date.

I remember wanting to hit the doctor who told me that he thought my tiny, six-week-old daughter had a rare, incurable condition, and it would take months to confirm. I remember insisting that she might just have a virus. I remember hating him as he said: “You’re in for a marathon, not a sprint.”

A marathon it truly has been. And yet, it has been extremely precious  My daughter’s life is nothing short of a miracle. Every month, a random person’s blood donation buys our family another month with her. We owe all our happy memories to strangers we’ve never even met.

Because people donate to the Red Cross, and their blood oxygenates my child’s body every month, I feel a strong kinship with strangers. Who knows? The construction worker waving me through the intersection might have been the man who gave us his blood last month.

Sometimes—okay, a lot of times—it is overwhelming.

But bright light comes from the darkest depths. And I believe that our new, more supportive version of “Rockabye Baby” is one of those bright lights.

So, on June 18, 2018, I decided to offer our lullaby to the world. My hope is that someday, our new first verse will replace the one that currently resides in our collective consciousness. Maybe someday, new mothers will sing:

“Rockabye Baby
In the treetop
When the wind blows
The branches will rock.

When the sun sets
The crickets will sing
Of peace and the stillness
Deep night will bring.”

It Starts with a Commitment to Love.

I believe that the messages we give our youngest children do impact who they become as adults. I know—because every time my daughter twirls, it is because of you—that your choice to donate blood saves children’s lives and brings tears to their mother’s eyes. And I believe that a new “Rockabye Baby” will bring a powerful, comforting sense of wonder, joy, and belonging to children and adults alike.

Given recent events, it is more important than ever that we let our children know that we support them—no matter what. I am excited and honored to share this more supportive version of the classic lullaby with my world family.

If we all come together, if we make a new lullaby legacy, and if we choose to sing songs of love and support to our children, I believe we will change the world for the better.

Please know that your blood donations make a difference. Donate blood. Sign up for bone marrow registries. And when the dark times come, sing songs of confidence and love to your children. 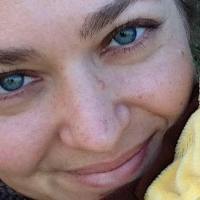 Eight Songs to Rock You to Sleep. A Heartwarming Lullaby that You Must See to Believe. {video}