Tahlequah’s tribe Shows us what it Means to Hold Space during Grief. 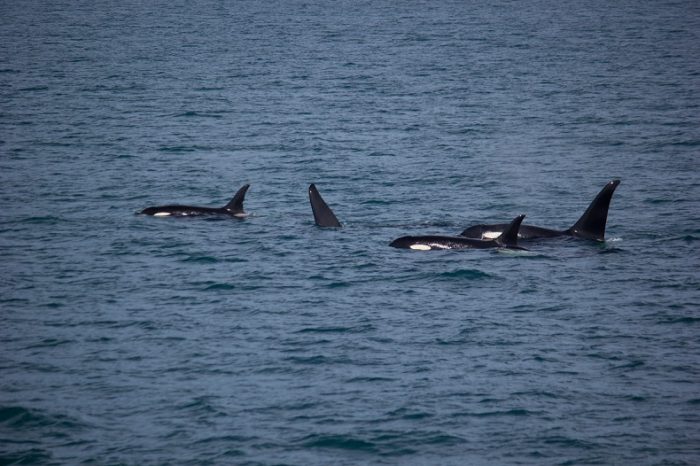 As we witnessed Tahlequah, the orca who carried her newborn calf with her for over two weeks, deeply grieving many of us shared in her pain—particularly if we have also carried, miscarried, loved, or lost a child.

There is arguably no bond stronger than a parent to a child, so while we empathised and looked on helplessly as this beautiful, sentient creature clung to her baby’s lifeless body, countless tears were shed as Tahlequah’s suffering was profoundly shared by millions across the world.

Although we could only watch from a distance as Tahlequah was consumed and weakened with grief, she was not alone as she swam over 1,000 miles for 17 days with her deceased offspring balanced on her head. Fortunately she was blessed to have six kindred sisters, female warriors, who gathered close together and never once strayed far from her side. They remained with her in a tight, ritual-like circle in the direct glow of the moonlight as she mourned her baby and kept it afloat.

Tahlequah’s family showed us all what it means to hold space and how to compassionately offer support for someone as they journey through immense heartbreak and grief. We also openly saw how there is no “norm” or time scale when it comes to grieving—it’s an experience unique to the person mourning and cannot (and should not) ever be hurried.

Tahlequah’s critically endangered tribe were never out of sight and while she buoyed her baby and neglected her own needs, they ensured she was fed, nurtured, and comforted during her darkest days—and reportedly they also helped her keep her baby afloat. Tragically they likely knew exactly how she felt, as there have been no successful pregnancies in this pod of 75 orcas during the past three years, and three-quarters of their newborns have not survived in the last 20 years—which may have compounded their collective loss and pain. Due to Tahlequah’s age, this is likely the second—or possibly even third—calf that she has lost.

The plight of this orca hasn’t been far from my mind over these past few weeks—and I am inclined to believe that she knew people were watching her every move (orcas are highly intelligent, advanced, and socially complex creatures), and that her intent was to let the world know that they know this loss and devastation is due to deafening ocean noise, pollution, and intense fishing in the area.

There is no doubt that Tahlequah was in a deep state of mourning, and it appeared as though she refused to accept her newborn had passed, as she kept pushing her baby to the surface, possibly in hope that it might still be breathing. This new mother was finding it difficult to let go of her offspring, but at the same time, I innately feel she was also parading her deceased baby knowing there were humans watching nearby—and she desperately wants us to take accountability for her baby’s death, as she is fully aware that it was related to the destruction that man has inflicted on her ocean home for far too many years.

Orcas are known to carry their dead babies for one, maybe two, days—but 17 days passed before Tahlequah felt able to move on without her calf, and that may only have been due to the body deteriorating to such an extent that she could no longer carry it with her.

While many people have been working hard for decades to raise awareness and start conversations that can’t be ignored with regard to the damage we are causing our ocean life, Tahlequah and her innocent calf connected us in shared grief and captured the attention of the world over—and hopefully created an awakening strong enough to save her species from extinction before it is too late.

Tahlequah showed us her grief in a manner that was impossible to turn away from and ignore. We have had no choice but to acknowledge the dire situations that not just orcas but many living creatures are suffering as we continue to poison and destroy our planet. How many human lives will be lost, and how many species will be wiped out before we collectively realise that we cannot sit back and remain silent any longer?

The Cherokee meaning of the name “Tahlequah” is “two is enough”—so let’s hope, pray, and take action to ensure that Tahlequah’s suffering along with her baby’s death wasn’t in vain.

I’m sure all parents can agree that they would want to carry their baby with them forever and would never want to let go either. Grief-stricken parents would do everything in their power to ensure they never had to experience such excruciating loss again. It’s time we understood that animals are no different, except, as intelligent and evolved as they are in their own environments, they are voiceless and powerless to man’s greed, particularly when it infiltrates their environment.

Every person who has compassion and empathy has to rise if we are going to achieve the change necessary to save not just non-human species, but humans too.

Please click this link to leave a comment for the task force currently preparing recommendations for these Southern Resident orcas. Or contact Governor Jay Inslee, who is considering breaching the dams.