The Buddhist Cure for Disconnection & Loneliness. 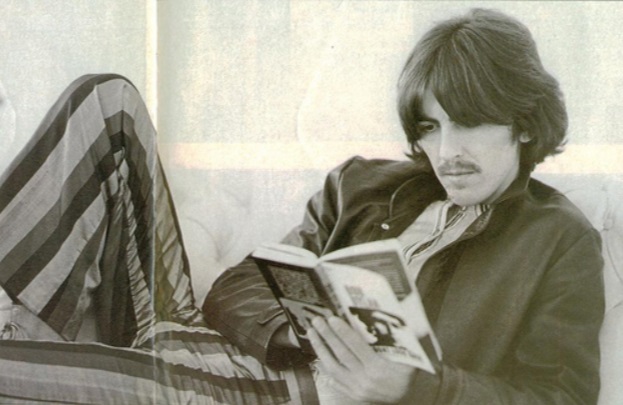 The way the Western world is set up, disconnection is almost an inevitability.

Unless you are lucky enough to be included in the minute percentage of people who are sincerely attached to a religious or spiritual community or some kind of support group, chances are you feel a bit empty from time to time. It is common in our world to address this emptiness with various “solutions.”

We try to fill that hollow place within us with food or drugs or alcohol or consumerism—just about anything we can get our hands on—but it doesn’t take too long to realize these external entities do not make us feel whole for any length of time. In reality, they don’t make us feel whole at all.

What it does is give us a few seconds of instant gratification that overrides that incessant monotone of something being missing—but it feels like we are shutting off that feeling for a few minutes, so we take it. It seems, sometimes, as though any relief is better than nothing.

There is a story about the Beatles’ lead guitarist, George Harrison, that has stuck with me since I was just a kid. He was talking to biographer Hunter Davies shortly after the release of “Sgt. Pepper’s Lonely Hearts Club Band” and he admitted the fact that he didn’t “really enjoy being a Beatle anymore.”

Mind you, he had just gotten back from a journey to India where his young 24-year-old mind had soaked in an entirely different culture, spirituality, and way of life. Going back to the grind of Western fame and fortune, to him, seemed like he was “going backward.” The obvious response to that statement in our culture—such as it is—would be: “Easy for him to say! He was rich and famous and had a beautiful wife. He was in the greatest band in the world!”

I, personally, can’t help feeling like Harrison was being completely sincere—consider how he lived after the breakup of The Beatles. Instead of focusing on the idea of establishing himself as a solo artist, as the other three bandmates did, he planned an enormous benefit for the people of Bangladesh who were suffering from famine and disease. This was the first benefit of its kind and is still considered the prototype for Farm Aid, Band Aid, and the dozens of similar concerts that followed.

This brings us to the first Buddhist cure for disconnection and loneliness:

1. Compassion. The most essential teaching of Buddha is that there is no “self” and there is no “other person.” The love that is truly required to fill that inexplicable hole inside that a lot of us struggle with will only come from loving others as we love ourselves. It has been said that this is a Buddhist principle that—while very difficult to put into words properly—is the most important. Cultivate it, and you will know peace.

2. Allow Happiness. What makes a guy like me chase after a book deal, or a stockbroker on Wall Street run toward the daily drudgery of that life, or even the single woman search desperately for Mr. Right with the hope of starting a family? Each one of those scenarios holds the promise of “happiness” for each of those people. The Buddhist ideal is that whether you know it or not, happiness will never exist outside of you. There is no set of circumstances that can ensure it. It must be grown internally. You can do yourself a great service by picking up The Art of Power by Thich Nhat Hahn. It will lead you to the truth!

3. Discover your Buddha Nature. The essential tenets of Buddha nature come from the simple, but extraordinarily profound realization that we are “this” because they are “that.” In other simpler terms, we are all phenomena—you, me, trees, sunshine, squirrels, rivers—and within each of those things lives all other things. When we really come to terms with this, we can not help but feel a lot less disconnected. Want help? Pick up the very awesome Going Home: Jesus and Buddha As Brothers, also by Thich Nhat Hanh.

4. Practice Mindful Consumption. Initially, when we see a suggestion that involves the word “consumption,” our minds go to food and drink. This is definitely included, but it also refers to anything that touches our five senses. What we watch on television, listen to on the radio, read on the internet, talk about with our friends—this will have a vast effect on how connected or disconnected we feel from day to day. Obviously stay as far away from gossip, harmful information, and what currently passes for “the news” as you possibly can. It is okay to be informed, of course, but when a network takes one piece of information and invites six guests to bicker about it ad nauseum—this only adds to feelings of emptiness and disconnection.

Practicing these principles can quite possibly lead us toward the kind of enlightenment George Harrison experienced during that fateful trip to India in 1966—values that he held to steadfastly right until he died 35 years later. While it may have been an experimental phase for John, Paul, and Ringo, it was a “coming home” for George and found its way into his creative process for the rest of his life. I know whenever I find myself floating around in a state of disconnection, returning to these practices always cures me.

4 Buddhist Tips to help quell Loneliness. Romancing Aloneness: How to Be Alone Like a Buddhist. Pema Chodron: a Buddhist teaching on Loneliness, Rejection & a Broken Heart.
See relevant Elephant Video