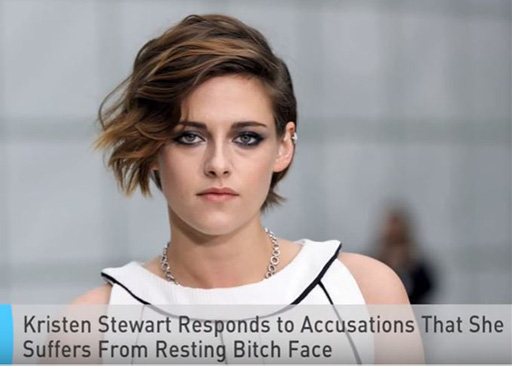 Like many people who wind up struggling later in life, my difficult childhood may have had a lot to do with it.

It was as rootless as they come. I moved around with the frequency of a typical military brat, except in my personal case, there was never any compelling reason for it.

To this day, none of my immediate family have any explanation why I was subjected to a different school for every grade I was in. And now that my parents have passed on, there will never be anything but conjecture and theory.

The one continuous thread that seemed to follow me from situation to situation were the warnings I always seemed to get from ostensibly well-meaning bystanders that this or that person was “after me.” You are probably already aware of the fact that when someone was “after you,” it meant that if they see you around at an opportune time, you were going to get your ass beat.

The explanation was always that I had given them “dirty looks.”

Being short and not terribly heavy, I always assumed that “dirty looks” was a convenient code for being singled out because I was usually new in town, didn’t have too many friends, and seemed—at least in terms of my size—like an easy mark.

That is, of course, until I discovered the term “resting bitch face.”

Resting Bitch Face, or “RBF” as it has been named, is the phenomena where one gives off what seems to be a look of disdain, when they are just going along through life doing their thing.

I know this because there is now a software application where you can upload a photo of your face in resting position and get a scientific analysis.

Behavioral researchers Jason Rogers and Abbe MacBeth, with the international research and innovation firm, Noldus Information Technology, became interested in figuring out why some people walk around practically neutral looking, yet others give off a natural and unapproachable look of annoyance.

They found their answers when Rogers and MacBeth used their companies trademarked FaceReader application. This was a fairly sophisticated tool that used a photograph or live shot of a face in neutral position and then analyzed it based on the seven most basic and readable emotions: happiness, sadness, anger, fear, surprise, disgust, and contempt.

The researchers then established a baseline using 500 different neutral face images. What they found was, for all intents and purposes, a face could be read as 97 percent neutral, with sometimes a three percent variation for what is known as a “micro-expression.”

When they ran the neutral face photographs of whom they considered to be the famous and notorious RBF candidates (Queen Elizabeth, Kanye West, and Kristen Stewart), that three percent jumped to six percent and mostly in the area of “contempt.”

I was intrigued to say the least, so I went about the task of uploading my own neutral-faced photo into the system and getting a reading. After all of these years, I finally had scientific proof that I had been unconsciously throwing shade wherever I went.

There are quite a few engrossing theories as to why certain people do this involuntarily.

Some feel that it has a direct correlation to a person’s typical inner dialogue—or inner soliloquy as most of us tortured souls seem to have. Trying to stay mindful, while keeping an engaging and joyful look on my face has been the goal at this point of my life, but when I am not being conscious of it, the dreaded RBF is still there.

There is also some interesting facts about women and RBF.

My ex-girlfriend has always been accused of having it something fierce; however, when we ran her photograph through the software, it came out within the typical three percent parameter of variance. In short, she had a smattering of disgust, but not enough to be considered officially RBF.

It is rather unfortunate, but with all of the other constructs in place to try to marginalize and disenfranchise women, socially they are held to the ridiculous standard of walking around like Mary Poppins all day, or they are considered to be unsocial or unapproachable.

Once again, the standards for women—as it always seems to be in the typical barroom society—are unachievable.

The good news is, this is really not something any woman should want to aspire to.

Want to see if you have Resting Bitch Face? It’s as easy as uploading a neutral-faced photograph. Make sure it is forward facing, of course. Think “passport photo.”

I know, at least for myself, it turned out to be a real eye opener.

Why we can’t Gloss Over the Sucky Parts of Life. Don’t Be Happy. It’s a Trap. Do you or someone you know suffer from Bitchy Resting Face? We are who we Tell Ourselves we Are.