The Dangers of doing Ayahuasca as an Empath. 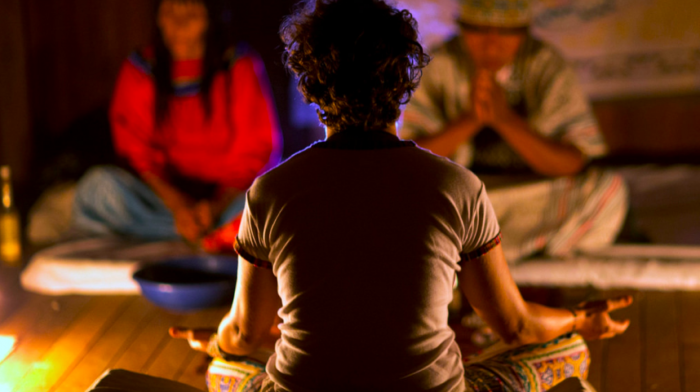 Both the terms empath and ayahuasca are hot topics in spiritual communities right now.

An empath is a highly sensitive person who absorbs the physical, mental, and emotional pain of others. Ayahuasca is a shamanic plant medicine originating in the Amazon that is now sweeping through spiritual communities all around the world.

Many well-intentioned people are jumping on the medicine’s bandwagon bandwagon in the name of healing or “spiritual growth”—perhaps for good reason. Reports of life-altering breakthroughs, healing, and awakenings have been shared by people around the world as a result of using the medicine.

Ayahuasca, as a Shipibo shamanic tradition, is often highly revered, but something interesting has been happening over the last 20 or so years. Ayahuasca has become “westernized”—in other words, glamorized as a trendy and hip thing to do.

More and more people are drinking and pouring the medicine—not in the jungle under the supervision of a highly skilled generational shaman—but in mansions and loft apartments from Los Angeles to New York City.

What’s more, these urban ceremonies are sometimes led by “visiting shaman”—who often have questionable backgrounds and training. While healing certainly can occur regardless, ayahuasca’s rapid ascension and popularity into the mainstream might also be likened to the latest spiritual merit badge.

I’m not advocating for or against the medicine. I respect that individuals have a choice. But I am also an ultrasensitive, clairvoyant empath, and have noticed an important aspect missing from the conversation in the medicine community around accommodating energetically sensitive people.

So, if you are an empath considering doing ayahuasca, it’s important to keep in mind the below.

A little goes a long way. Ayahuasca contains DMT—a powerful psychedelic. Empath’s body systems and energy fields are far more sensitive than the average person. The combination of potent medicine and ultrasensitivity can potentially overstimulate the empath’s nervous system, which can lead to tears in the aura.

If not corrected, tears in the aura can lead to difficulty regulating body systems, physical, mental, or emotional imbalance over time.

>> Have a “sensitive gene” that roughly 10 percent of the human population shares.
>> May have aversion to intense stimulus.
>> Have nervous systems that are two to three times as sensitive as non-sensitives.
>> Often have atypical reactions to substances.
>> Can “overdose” or have atypical reaction to small amounts of medicine.
>> Without a properly trained shaman, the empath faces the potential of absorbing everyone else’s energy at the ceremony, fragmenting the crown chakra, tearing the aura, and having difficulty “coming back.”
>> With proper guidance, the empath (like anyone) has the potential for tremendous personal healing while releasing stagnant energy from their body and subconscious mind.

>> The medicine is made from a vine and a leaf often grown in the Amazon and Hawaii.
>> The vine Banisteriopsis caapi is known as the “vine of the soul.”
>> The leaf Psychotria viridis (known as chakruna) contains the visual inducing agent DMT.
>> DMT is one of the most potent vision-inducing agents known to man, and is a naturally occurring compound found in many living organisms (including you and I).
>> Ayahuasuca has gained popularity as people search for healing modalities outside of western health care.
>> Ayahuasca tourism is prevalent in Peru and South American countries.
>> Ayahuasca is legal in the U.S. in religious context with the Santo Daime or other specific churches.
>> DMT is a schedule one drug in the U.S., and preparation of ayahuasca with the DMT component is technically illegal outside of religious affiliation. *Note—this is a grey area as more “churches” are popping up with travelling shaman.

Ayahuasca is not for everybody. The experience is typically intense, and can be terrifying.

The spirit landscape is beautiful, but can also be overwhelming. Still, ayahuasca helps to put into order the body, mind, and spirit with the past, present, and future.

Because of this extraordinary healing power, ayahuasca is a revered brew, and ayahuasca ceremonies are increasingly sought after by people from all over the world. Some flock to Peru, Brazil, Colombia, and Ecuador to participate in ceremonies in the Amazon, and others drink in urban and suburban venues, in ceremonies led by shamans who tour.

In many ways, through a great many people, ayahuasca is making itself known.

If you are an empath and you want to do ayahuasca, I advocate that you check in with yourself and do it only if you get a clear “yes.” Also, do your research. Because ayahuasca has become so popular, many people who lack proper training are serving the medicine.

Find a qualified shaman who has been trained through lineage—not someone who took a weekend course. Ask questions. What is their background? How long have they worked with the medicine? Where do they get their medicine? Have they ever had complaints filed against them? Do they help with aftercare? You are your own best advocate.

If you choose to work with plant medicine, listen to your intuition. Any shaman or retreat center worth their salt won’t mind you asking questions. If they do, run.

Regardless, make sure you have a support plan in place in case you have a hard time integrating. Trauma therapists, energy workers, medical intuitives, friends, and family can be especially crucial in integrating the medicine experience.

This potent Amazon brew has the power not only to heal, but to transform your understanding and experience of reality. 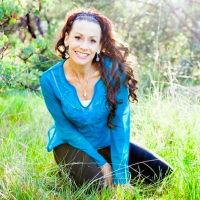 I Did Ayahuasca & My Heart Exploded! Ayahuasca: What most of us Misunderstand about Healing.