This Viral Obituary is a Powerful Reminder about the Opioid Epidemic. 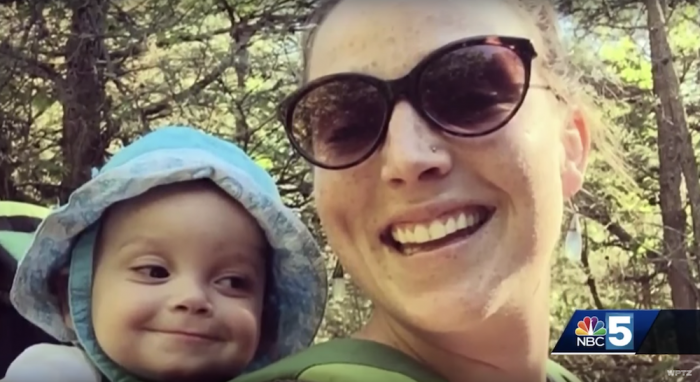 As her family writes:

“It is impossible to capture a person in an obituary, and especially someone whose adult life was largely defined by drug addiction. To some, Maddie was just a junkie—when they saw her addiction they stopped seeing her. And what a loss for them. Because Maddie was hilarious, and warm, and fearless, and resilient. She could and would talk to anyone, and when you were in her company you wanted to stay. In a system that seems to have hardened itself against addicts and is failing them every day, she befriended and delighted cops, social workers, public defenders, and doctors, who advocated for and believed in her till the end. She was adored as a daughter, sister, niece, cousin, friend, and mother, and being loved by Madelyn was a constantly astonishing gift.”

Her obituary went viral because it was beautiful and achingly honest. Because it addressed the manner of Maddie’s death, which was opioid addiction, in an up-front way we don’t often see.

I read it with my hands on my heart, nodding my head.

Almost 20 years ago, my little brother died from heroin and alcohol intoxication.

Even now, as opioid deaths have grown exponentially, when I tell someone how he died, people often avert their eyes. Back in those early months when I sat shattered in a support group for other grieving siblings, I held my breath as they spoke of their beautiful brothers and sisters who died from cancer, or car accidents, or murder. I knew that the moment I said my brother died from drugs, they’d only see him through the dark lens of how he died.

And my brother deserved better than that.

When my brother was three or four, a friend of my mom’s bent down to him and asked, “Where in the world did you get those blue, blue eyes?” She looked at my mom and I, with our coffee-colored eyes.

“From God,” my brother said, his eyes glimmering.

Like Maddie—and like all of us—my brother was a full and complex human. He was loving and loved, funny and fiery, sensitive and scared. He was brimming with creativity, generosity, and the shards of hurt or genetics that led him to his drug use.

Maddie’s obituary affirms what so many of us know about people who die from their addictions—that human beings are so much more than our illnesses.

And those of us who love addicts are aching for the world to understand that addiction is absolutely an illness. That while it often controls our loved ones’ lives, it will never define them.

When my brother died in 1999, I never could’ve guessed that opioid addiction would continue to increase exponentially.

And I never could’ve guessed that there’d still be so much shame and stigma around addiction—even as I get emails regularly from people who’ve lost their brothers or sisters to addiction.

Too often I still hear kind, educated people toss around jokes about heroin addicts. As they jokingly tap their fingers against their smooth veins, my stomach clenches and coils.

Overdose deaths aren’t just happening to certain types of people; it’s happening in every nook of our society.

In 2017, the CDC reported that 72,000 people in the United States died of opioid abuse. If you don’t believe that this is happening everywhere, ask any police officer or nurse or funeral director. Visit this map and look at the smiling faces, the creative, shining souls we’ve lost. It’s happening often enough that in this age of longevity and medical advances, the average life span in the U.S. has decreased.

At the end of the obituary, Maddie’s family writes:

“If you yourself are struggling from addiction, know that every breath is a fresh start. Know that hundreds of thousands of families who have lost someone to this disease are praying and rooting for you. Know that we believe with all our hearts that you can and will make it. It is never too late.

If you are reading this with judgment, educate yourself about this disease, because that is what it is. It is not a choice or a weakness. And chances are very good that someone you know is struggling with it, and that person needs and deserves your empathy and support.

If you work in one of the many institutions through which addicts often pass—rehabs, hospitals, jails, courts—and treat them with the compassion and respect they deserve, thank you. If instead you see a junkie or thief or liar in front of you rather than a human being in need of help, consider a new profession.

We take comfort in knowing that Maddie is surrounded by light, free from the struggle that haunted her. We would have given anything for her to experience that freedom in this lifetime. Our grief over losing her is infinite. And now so is she.”

Maddie’s family didn’t have to use her obituary to make a point about the realities of addiction and the need for compassion, understanding, and treatment.

After all, an obituary is one of the last chances we get to tell the world about someone we loved who’s gone forever.

It is our chance to try and allow others to view our loved ones as we do: complicated, fierce, sensitive, creative, and loved.