What Laying on the Ground has to do with Healing the Planet & our need for More, More, More. 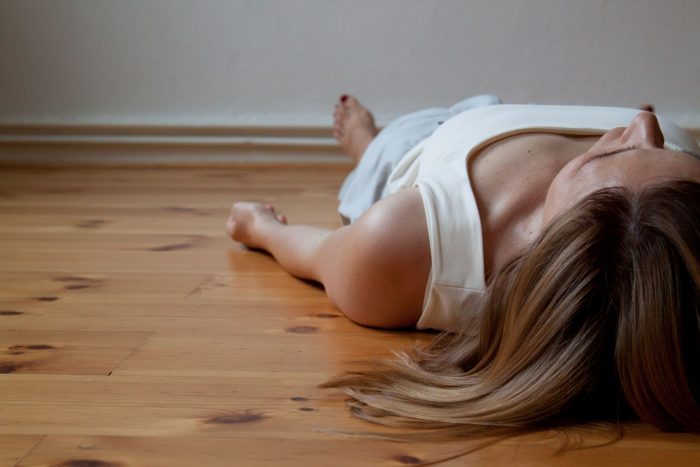 While consumerism lies about what can give us contentment, lying in Savasana can—with training—give us real contentment, for the rest of our lives.

Watching people relax in Savasana at the end of the class often puts me in a state of awe.

There is something so powerful, so subversive, about this simplest of poses, and arriving at a place where there’s nowhere to go and nothing to do. Pa-dam, contentment!

I live in and run a yoga studio in Berlin, a city where people are go, go, go, trying to seize the next sought-after thing or intense experience. In my experience, Savasana is an antidote to the programming driving us to look outside of ourselves for contentment.

Elegantly and simply, it shows us we already have everything we need—if we just let ourselves be held by the ground and breathe. How incredibly important that experience of inner contentment truly is. And potentially so subversive!

What do I mean by subversive?

Lying down on the earth, being still and utterly relaxed—without being bored, but instead deeply at rest—is going against everything our consumer culture tells us.

In the Buddhist tradition, legend has it that when the Gautama Buddha was meditating under the Bodhi tree, resolved to stay put until he came to full awakening, the demon Mara appeared and tried to break his concentration and resolve.

He first tried using temptations in the form of beautiful women. When that failed, he tried to frighten Gautama into giving up by sending terrifying warriors to intimidate him. But the Buddha remained still, undaunted.

Frustrated, Mara raged that a mere mortal such as Gautama had no right to enlightenment. That right was reserved for him only. Mara demanded Gautama find someone to validate his claim to enlightenment. Remaining silent, the Buddha reached out his right hand and touched the earth. The earth trembled, and Mara, terrified, fled the scene. The morning star rose, and the Buddha came to full awakening.

There is a deep message here beneath the symbolism. Mara is almost the personification of consumer culture. His message is always the same: you are not enough as you are, so you need more; there’s something better, something you’re missing out on. He whispers in our ear to enjoy consuming and acquiring more and more.

Our acquiescence to consumer culture has consequences far beyond us as individuals.

Rampant consumerism is having a terrible impact on our beautiful natural world and all the living beings dwelling here. As it is, this way of life is not sustainable. Who will pay the price for this profligacy? Our children and their children.

“We do not inherit the earth from our ancestors; we borrow it from our children.” ~ David Brower

Savasana is subversive because it is in a small way an act of disobedience. We say no to all of the programming and just rest ourselves on the earth, satisfied just as we are in the moment.

And it’s not one Savasana that makes the difference—it’s Savasana as a form of training that is dangerous to consumerism: learning to rest, surrender, release our tension, and simply connect with the bountiful earth as she is. We need less and take less, resulting in a smaller impact on this planet and future generations.

Careful of the shadow:

Yes, I am aware that this line of thought has a shadow side too: it often twists into a cliché like, “you can’t change the world, but you can change your perspective on it.” With this attitude, yoga becomes domesticated and encourages the status quo. We use it as a tool to maintain ourselves in our own private microcosm. We try to become spiritual, and leave the dirty work to the activists.

Rather than subverting consumerism, yoga becomes another domain co-opted, hollowed out, and integrated into our neoliberal, consumer society. We end up competing to achieve fancy asanas, dressed up in branded yoga uniforms that supposedly communicate our “spiritual identity.”

Slovenian philosopher Slavoj Žižek’s critiqued Western Buddhism for something that can just as easily be applied to yoga: it has become a supplement to neoliberalism. He said, “It enables you to fully participate in the frantic pace of the capitalist game while sustaining the perception that you are not really in it.”

But are we really happy like that? Can we be islands unto ourselves in a perpetual rat race and content? I think not.

Savasana isn’t a magic bullet that will solve all the world’s problems. However, it can play a valuable role in helping gradually undercut the consumerist drives many of us have been programmed with. Perhaps this is what Corpse pose really means? It’s not us dying as such, but all the frenetic patterns we’ve been conditioned by.

What if we started doing Corpse pose together? Not after a yoga class, but just showing up at a park and corpsing together? As a group, we might learn not to feel harrowed by the Mara-like edifice of consumer culture. We remain still and serene. We realise we already have everything we need, and no longer need to buy into Mara’s games. Without our participation the edifice would slowly crumble. 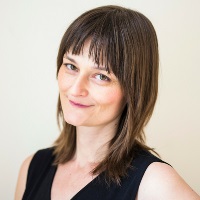 Yamas & the Earth: How Yoga Can Save the Environment. How Yoga Practice encourages us to Conserve our Home, the Earth.