When Cells lose their Memory—Cancer Happens. 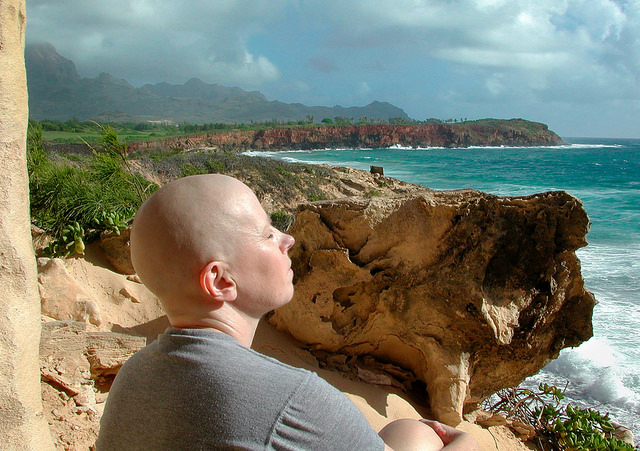 The Vedic saying, Aham Bramasmi, which means, “I am the universe,” is a concept that astrophysicist Neil DeGrasse Tyson touted as the greatest gift astrophysics has given our culture in the 20th century.

Greek philosophers echoed this sentiment when they introduced the theory suggesting a relationship between the human body (the microcosm) and the universe (the macrocosm).

This concept has now been expanded by physicists who suggest that the human body, every living cell, and the universe is 99.9999 percent empty space. In that empty space is a field of silence that allows for a functional awareness and a communication network that is essential for human health.

This is where I begin my interview with triple board-certified medical doctor, Zach Bush, in regard to how the body heals on a cellular level. The Ayurvedic concept suggests that in all areas of our life, including healing, we must establish silence before we take action.*

Human health is dependent on having a functional awareness or communication network of the micro and the macro—the inside functions of the body and the ever-changing environment we live in.

In a healthy cell, a vacuum state of silence in the 99.9999 percent of the empty space prevails.

In a stressed or damaged cell—think alarms ringing, fire truck, and emergency vehicles that drown out the silence—the awareness network becomes disturbed and the communication network becomes overwhelmed.

In time, the loss of silence causes inflammation and more damaged cells lose their memory of normal function, aka cancer cells.

Without a functional and dynamic cellular awareness and communication network with the ever-changing and now toxic external environment, damaged cells would outpace repair. This is the definition of extinction.

While extinction is a natural phenomenon with one in five species going extinct each year, today we are seeing species dying off at least 1,000 to 10,000 times that rate—something scientists are calling the “sixth extinction.” By 2050, scientists are predicting that as many as 30 to 40 percent of all species could become extinct. What’s so different about the sixth extinction is that it is solely caused by us humans!

Without the support of an active inter-cellular awareness and communication network, the isolated cells incur further damage. With cellular death looming, their drive for life (which happens even on a cellular level) motivates them to divide faster than the broken system can repair.

In other words, the cells try to divide and reproduce faster to outpace certain death at the hands of a broken-down repair system due to isolation.

These cancer cells have lost not only their memory, but also their inner silence, awareness, and ability to heal or commit cellular suicide. In a cell that is still functioning as a member of the whole, when they become damaged, instead of going rogue and reproducing excessively as cancer cells do, they commit apoptosis or a programmed cellular death.

Interestingly, it is only when a damaged cell loses 100 percent of its connection to the whole, or becomes totally isolated, that it becomes a cancer cell and starts dividing incessantly.

According to the cancer research conducted by Dr. Zach Bush, once these cells are reunited with the whole, they initiate their programmed cell death and make way for new healthy cells to take their place.

The solution to keeping your cells from going rogue or becoming excessively damaged is to keep them in communication with each other and allow the body to maintain a functional awareness with the external environment. When trying to repair damaged cells, the key is community rather than isolation.

Damaged cells respond to tools that enhance awareness such as meditation, prayer, yoga, breathing, being in nature, love, touch, hugging, giving, kindness, acceptance, and being with family or in community. These cells also respond to the communication and awareness boost that comes from exercise, an organic food diet, and a lifestyle in sync with the circadian rhythms.

Read more on these tools in my Emotional Health and Circadian Medicine categories.