The Big Things are the Little Things 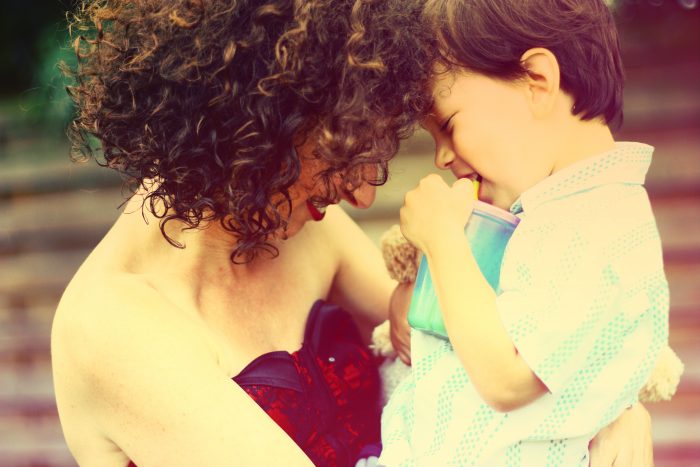 I’ve always been fascinated by paradox.

In the speech she presented at my wedding, my mother characterized me as “the academic hip-hopper with the orange hair.” This was her way of highlighting my bent for juxtapositions, for paradox.

And it’s true. I am equally at home in the quietude of nature as I am in the bustle of the city. My go-to playlist spans every genre.

I relished holding space for both sides of the binary, and realized, favorably, that if I held them close enough, I could discern overlap.

I wrote my masters dissertation on “the sacralization of the mundane” (juxtapositions gloriously merged) in the poetry of Israeli poet laureate Yehuda Amichai. For Amichai, the regular person sitting with his groceries at the foot of the sacred Roman Arch is more hallowed than the Arch itself.

A few years later, I became a mother.

Motherhood is all the mess, and all the grace, the commonplace and the transcendent. It is the exquisite inconvenience of being another person’s everything, a repository of all the feels – rage and tenderness, wonder and worry, fatigue and gratitude: at once.

Containing and reconciling juxtapositions — making space for them mentally, intellectually — was no longer enough.

Motherhood meant stretching, always stretching – “feeling the gulf between what needs to be done and our ability to do it, and doing it anyway”, as my friend Faith Helma so fluently put it.

Motherhood meant feeling extraordinarily capable and helpless at once.

If it demanded such a robust embodying of paradox, motherhood had to create the space in which contradictions could swoosh, shift, shuffle, and stir; a space where quantity would routinely spill over, emptying our cups, only to fill them again — with droplets of rarefied quality.

The soundtrack of my mom-life is a repetitive, pounding, head-banging score punctuated by a delicate hushed cadence:

It’s the “you forgot something” (cue: bear hug) as I scramble to gather my things and run out the door for an appointment

It’s the belly laughs and the chesty yells

It’s the peacefully slumbering toddler gone the F to sleep after the exhaustingly inexhaustible bedtime (what routine?) turmoil

Quantity and quality; and the only way from one to the other is through:

Because on the other side lie a host of other same old same olds – same old snuggles, same old squishy kisses, same old taut hands wrapped resolutely around my neck.

But here’s the abiding paradox – these same old same olds — they never get old.

Quality habitually surfaces from the messy, from the ordinary, the mundane. In choosing quality, in leaning into the hugs, I am choosing gratitude; sanctifying the mundane.

But where I perceive myself purposefully choosing, I discern my children intuiting; for them, moving across incongruous states is effortless. My toddler and preschooler routinely storm angrily, only to lean into a hug moments later.

The thing about hugs of course is their power to dissolve. They are agents of transfer, conduits of synthesis.

Motherhood, I would learn, delivers the most profound lessons, through our children.

The 5 year old is so tough: “now you have to say you’re sorry for getting mad at me”, he glowers. And he is so delicate — his mouth quivers, eyes holding back tears when I utter the words, “I’m sorry.”

As his fierce stance dissolves to delicate vulnerability, I note how, in his softening, I too soften. The fluidity with which our children move from one (juxtaposed) state to another – from angry to loving, from unyielding to yielding, is a welcome lesson.

“It’s ok I still love you”, he now says. Anger and love, tears and laughter, one starts where the other ends. It’s a continuum that our sprightly children straddle simply.

The line between the things we teach them and the things they teach us is splendidly fluid. I look at them interacting with one another and wonder: is this the love I taught them or the love they teach me?

We are quick to teach, yet we must slow down to learn. Our children teach us to slow down. And if we stumble, if we speed up, if we lose it — it’s ok: forgiveness is a lesson too.

Because we will flounder; and we will lose it.

Honing in on the magic is not a clean swoop; it invariably means leaning in to the mess. And leaning into the mess means that our emotional journey, as mothers, is vigorously intense.

It means that we do and we will, on (many) occasion, lose it.

I have lost it more times than I wish to admit. I have experienced the fiery monstrous beast raging from within. I have felt the deep shame and harrowing awe of its fierce bellows.

And their laughter – what can I say – it’s infectious.

Just like that, my monstrous superpowers are stripped and I am rendered human again: and flawed. And funny. Even though it wasn’t funny!

I am routinely brought back down to earth by my little people. Mercifully, it is they who wield the power; for the power to transform one from monstrous to human, and not vice versa, is the ultimate superpower.

To be clear, I am all about seeking ways to invite more patience, more calm, more equanimity into the mom-life.

But to be honest: we are tragically and marvelously human and we deserve infinite grace.

On a particularly dark and stormy evening, I had to round all four kids into the car in order to get the eldest to a rehearsal.

It was a wholly ordinary scene but it was not pretty: The middle ones were bickering, the toddler was throwing a fit because she wanted to exercise her glorious newfound independence and do everything HERSELF, and the dj-ing drama tween was cranking up the volume (sorry Ariana: thank you, next).

I was yelled out, worn, out, checked out. There was no more I could give.

Moments later, my phone buzzed; and I received:

“I love you mama!” (text message from my eldest)

The magic: on the other side of the mess.

Can’t go over it

Can’t go under it

Gotta go through it

Like the unflagging bear family on their illustrious hunt, we – mama bears – can only go through:

Through all the untidy juxtapositions, the mess and the magic…until we land on a resplendently mundane moment.

In the sanctified mundane, all juxtapositions collapse. In the infinitesimal moment, the infinite stretches out. At which point, only one thing remains – to let it fill our happy tired hearts.

Because being another person’s everything — this is EVERYTHING. 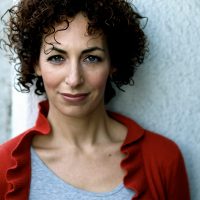 Dana is a multi-passionate mom of four. She is the creator of Lean in Mama, a blog and online community that empowers and inspires moms to lean into the magic in the mess of m… Read full bio