How I Stopped Hating my Body.

Just a few of the things I heard and internalized while growing up.

A constant stream from friends, family, and coaches—and I wasn’t overweight. Not according to the Body Mass Index (BMI) charts or by any healthy standard.

But the comments became part of me.

Just like they do for too many kids—leading them, and me, to disordered eating, exercise obsession, low self-esteem, and many other problems.

Body hatred is a real thing.

If I had spent half the time in high school and college studying that I had spent fixated on what I was not going to eat or how I was going to burn off what I did—I would have graduated with a 4.0 GPA.

I hated my body. Hated it. I wondered what it would be like to have a doctor somehow slice off the sides of my hips and do away with the bones that stuck out too far.

Eventually I did get to be the “right” size, or as close as I would ever get to my imaginary goal. I was also miserable, obsessed, and anxious all the time.

“You look great!” was what I heard. I was 5’6” and a size 2. On a girl built like me, this was unhealthy—and unsustainable.

So, for the next few years I would yo-yo back and forth. Always looking at diets in magazines and burning calories on a step machine or treadmill—and always with panicked bursts of self-loathing.

This lasted until adulthood, until I became pregnant with my first child.

For the first time, I looked at my body with appreciation. I was completely in awe at what it was doing and how it was changing.

After the baby came, I was just too busy and overwhelmed to think about diets or exercise. Eventually, I had another baby and the pace of life picked up even more, and that was that.

I no longer obsessed about my body—I just ignored it.

My body became a machine of convenience—like the dishwasher or the dryer. It brought me no joy, but I didn’t hate it anymore. So at least that was a shift.

A few more years passed, and for some reason I decided to try yoga. It seemed easy; even a nonathletic person like me could do it.

At first I did it on my kids’ Wii, and then tried some classes at the gym. A new yoga studio came to town, and I went to the free class at the soft opening. That was my first experience with real, flowing, intense, “proper” yoga. It was the most challenging, most enjoyable, most exhilarating exercise I had ever done. I felt amazing afterwards, tired and sore and proud of myself—and of my body.

I signed up for more classes—I could do this!

Sure it was hard and I couldn’t quite touch my toes and I could barely stand on one foot, but that wasn’t the point. The point was that with each practice, I would make a little progress.

Or I would try something new that might come easily, or not. I might fall down, or need to rest, or give up on a particular pose, and that was fine. Not just fine, it was part of the experience: listening to my body, pushing it a little bit and then backing down when it was too much, and resting when I needed to rest. And most importantly, to play, to experiment—and to quit judging myself.

That was what hooked me, the nonjudgment.

I stopped comparing myself to anyone else. It was my practice on my mat. Whatever was happening on other mats was only background noise to me.

This was about me making friends with my body again.

And I did. Slowly, very slowly, I got stronger and my balance improved. I went regularly to classes because I enjoyed it, not because there was a calorie burn I need to conquer.

For the first time since I was 14, I did a backbend. And then I did a headstand. I even learned the crazy looking poses like Side Crow and Bird of Paradise.

I bought yoga pants and gave not one damn how my butt looked in them. That’s a lie; my butt looked pretty decent for a gal my age—but again, not the point.

I was happy and relaxed and enjoying what my body could do. I was grateful for it, and I started taking better care by eating to be healthy—not skinny.

And there’s a difference. I stopped drinking Diet Cokes and replaced them with water. I became more mindful of the food I ate—and the food I served my family. Was it overly processed? Too many weird chemicals? Too much sugar? Did I get enough vegetables today? Did I eat enough protein and fat so my blood sugar wouldn’t crash later? Because I finally began to appreciate my body, I wanted to treat it well, too.

And the anxiety that I always struggled with also improved. It’s still there, but it’s easier to manage now.

Off the mat, I now know how to stop and breathe, how to release some of the self-judgement and negative thoughts that spark the cold sweats. And I know that I can always stop and rest at any time, when I need to.

Along the way I also got certified to teach, and officially became a Registered Yoga Teacher with 200 hours of training. I still teach today and I still love it. I get to share what I’ve learned about gratitude, strength, and letting go.

But I don’t care.

I am strong, I am balanced, I am healthy. 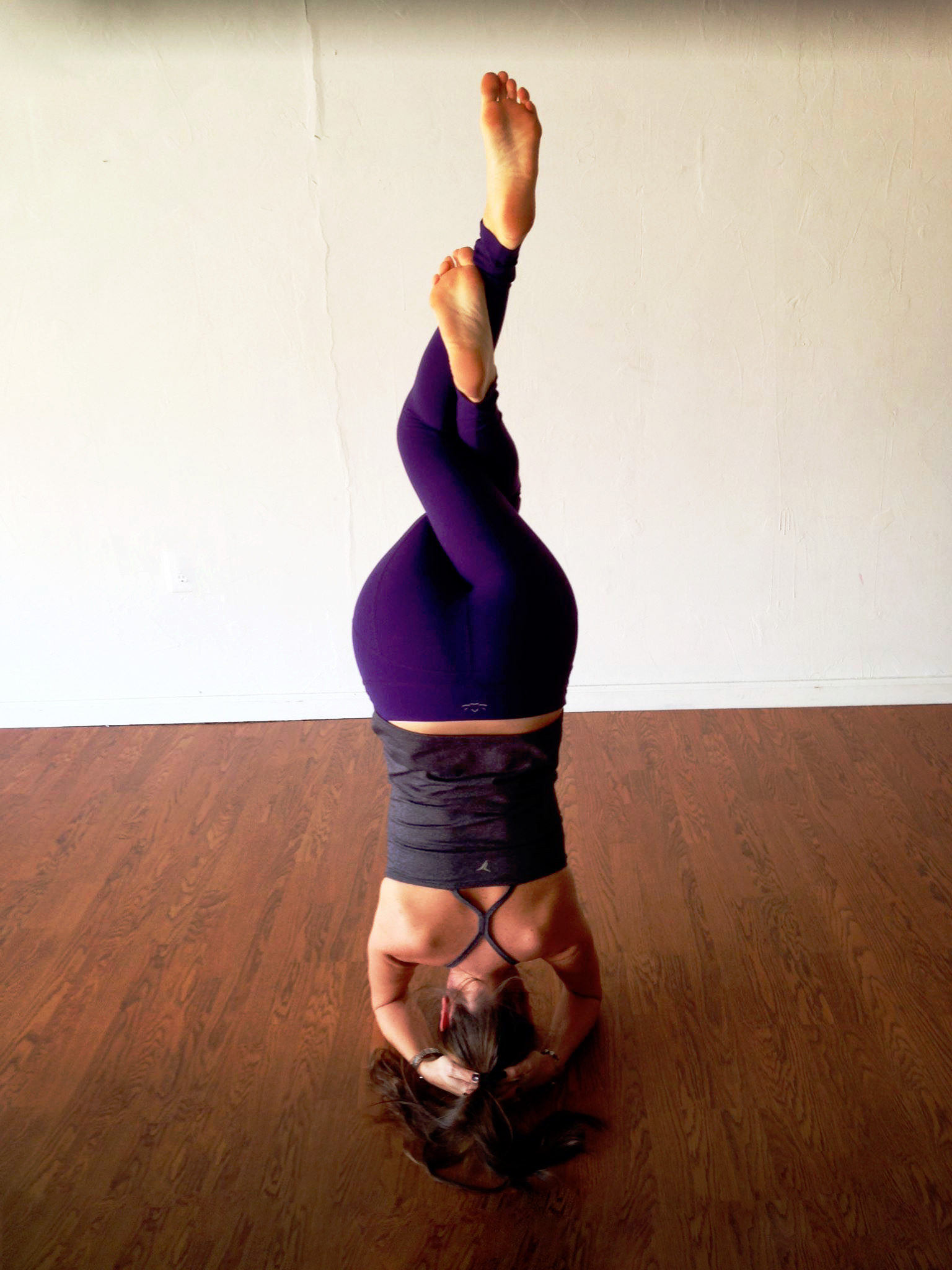 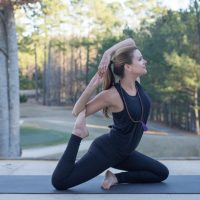 It Starts Here. ~ S. Ashley Hunt How I came to love my body–just the way it is. The Goal of Yoga (No, it’s not the Handstand).