Losing a Parent is an Ache that Can’t be Soothed.

The first time I lost a parent to cancer, I was five years old.

I have very little memory of this, as you can imagine.

I certainly wasn’t strong then; I was a toddler. I had no idea what was happening. I don’t feel that I have earned the title of “strong” for something I barely remember or took part in.

Aside from a vague memory of her here and there, growing up without my mother was normal for me. It’s what I knew. I never knew anything different. It was still painful, though. But I wasn’t strong, I wasn’t special—I was just surviving.

Most of my life, when people found out that my mother died when I was so young, they would respond by telling me how strong I was. What I always wanted to say to these people is: What other choice did I have? Survive/don’t survive. And I remember thinking quite often: Man, if this is what being strong is, I don’t want to be strong!

If someone could let me know what it actually means to be strong in the face of losing your parent, I would love to know. “You’re so strong” feels like a cheap affirmation that I would find in a fortune cookie at that deserted Chinese food restaurant on the corner near my studio apartment. Arbitrarily nestled inside of a wafer cookie by some stranger, never knowing who the message would go to or why it would go to them.

Now, I am losing another parent to cancer.

I am 31 years old. I feel a lot less strong this time around. My 5-year-old self would have knocked my 31-year-old self out of the park in the strength department. The two aren’t even comparable.

I feel anything but strong during this time. I feel weak and on the verge of tears around him nearly all of the time. I don’t do well with the role reversal thing: me taking care of the dad that had always taken care of me. Doing my dad’s laundry—this was not how this was supposed to go! Seeing my dad hooked up too all sorts of machines and IVs at the hospital. Driving my dad to his doctor’s appointments after he got too weak to drive. Urging, begging, and pleading with my dad to eat and drink more so he wouldn’t pass out anymore.

The whole damn mess is anything but strong. It is terrifying, and I am terrified. People still tell me I am “so strong.” At a loss for words most days, I tell my dad he is, too. Both of us are just trying to survive—it isn’t a matter of strength. Just get through the afternoon. Make it through the day and try to forget for a few minutes what’s really happening. Get your mind off it for a while. Take a shower. Breathe. Eat. Go outside. Survive.

My dad is still with us as I am writing this article. He isn’t gone. However, I lost him to cancer months ago as it ripped away the version of him that I knew. It has left some parts of him, but taken away most. It has wrecked him. If anyone is strong in all of this mess, it is he, not me.

I know I am not unique or special. I know that many, many people go through similar, and much more tragic, things in life. And to those people, I bow. I don’t know how you all do it—but I guess we don’t have many other choices, do we?

Strength isn’t a badge of honor; it is something that is born out of trauma, out of loss, out of significant life experiences that change you. In other words, I never set out to be strong—life has forced me to be. I often joke that life should be more like a video game, maybe Mortal Kombat where we get to either accept or decline a challenge.

Sadly, it is not. There are no “Decline Challenge” buttons. Being strong is the only option.

Maybe someday, after the dust has settled, I will heal from all of this. Or maybe I already am as I am writing these words.

Maybe that’s where the strength is—in the healing. I guess I’ll have to let you know some other time.

Until then, keep surviving. 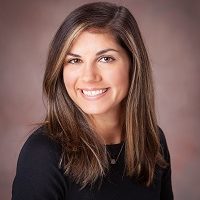 Ali Greenfield (formerly Ali Mariani) is a Marriage and Family Therapist located in Wallingford, Connecticut. An animal fanatic, yogi, and mental health advocate, she has a pa… Read full bio