Helping our Children—& Ourselves—face the Inevitability of Death.

We bring our children into this world to die.

We just hope when we bring our children here that they will outlive us.

In parenting, we do our best, look back at our own experiences, and try to make them better for our own children.

My mother didn’t want me to face the same trauma she faced as a child around death—as a child, she’d been told her dead brother was simply sleeping in his open casket. And therefore, I was never allowed to see an open casket.

This past year has been about learning and growing, loss and love for my three-year-old daughter and myself. Death has been a common subject at our dinner table, out on walks, and even at the airport when crossing the neon rainbow bridgeway.

I have scrutinized each of the words I have spoken to my daughter about death, and have found myself often unprepared for her questions.

I want to be intentional in parenting around death, so I reached out to my friend Lisa Cheney-Philip who is a death doula. Lisa and I met to have coffee and talk death. She told me that we can address death and dying using our physical, emotional, mental, spiritual, and practical selves every day and with our children.

Watching my daughter start to understand death and its permanence, but also its mystery, has altered my own view on death.

Children look at death like children would, and since we don’t know anything more than them on this one issue, we should try to listen and learn from their innocent views on death. The truth is, they can teach us as much as we can teach them.

Hearing and contemplating my daughter’s ideas on death has been a real practice in listening with intention for me. Who am I to tell her that she didn’t come here in a wormhole from Jupiter? She also thinks that maybe, when we die, we become bumblebees and live in a hive with all our best friends. I like the idea of buzzing around for a while with my friends, and respect that it is probable that we came here in some sort of a wormhole.

In Judaism, there is a teaching that says children are closer to the knowledge of life but as they learn language they start to forget. The more words we learn, the less we know about where it is we came from.

In conversations about death, life, and the ether with my daughter, I listen for clues about what she still knows.

I am steering our conversations away from heaven, jannah, shambhala, nirvana, and, for certain, hell. Childhood trauma can last a lifetime; I know I am still working through the ick that the idea of hell left with me in own childhood.

At our house, we use the “rainbow bridge” to describe a place in the ether. I am not sure this was the best option, but I wasn’t prepared when my mother introduced the concept to my daughter. If I had known all these questions would come so fast, I would have prepared earlier for how I wanted to answer these huge life questions.

Over the past year with my three-year-old, I have compiled a list of five helpful strategies:

1. Honesty is the best option.
Children are resilient and want to understand. No matter who you are, you cannot say with certainty what death is, what it’s like to die, or where we go after.

That said, we all have ideas in our head, religion, or experiences that have made us look at death in a certain vortex. These questions pertaining to death can be answered with honesty but not with certainty. When a child asks the why or how about death, it is okay to say “just because.”

2. Keep it in simple terms: “People come, people go.”
We are all dying, yet as a society, we do not allow its presence in our lives. In my daughter’s favorite movie, “Mr. Magorium’s Wonder Emporium,” Dustin Hoffman’s character says, “Light bulbs die, I will depart.” He also tells the other character, Molly, after she tells him he has to stay and live, “I already have.”

His simple explanation of departing has given my daughter something solid to hold on to when she thinks about death. My daughter tells her young friends about this movie that helps “us humans” understand death. Death is okay, she explains, because “people come and people go.”

3. Philosophy is also for three-year-olds. Get on their level with them.
Let them explain to you what they think. The other day, when leaving preschool, my daughter looked up and said, “Mommy, we are all going to die, I mean all the humans, and then the dinosaurs will come back.” Instead of telling her that was not going to happen, I validated her by telling her in simple terms about Darwin’s theory, and then I asked her if she thought she would come back as a dinosaur.

4. We can’t catch death, we already have it.
Talking about death doesn’t mean we are going to die any faster than before speaking about it. If we can get comfortable talking about death with our children, then we can face each day we are closer to death without fearing it. Why don’t we talk about death? Because we dread it, and we pass this dread from one generation to the next.

If we learn at a young age that death is a teacher about life, then perhaps we will not feel so traumatized when facing it. Lisa, my death doula friend, explained that if we face it daily, we can live our lives accepting and embracing death, and not live our lives in fear of its inevitability. As soon as we are born, we are dying. The how is unknown, but to not speak of death is to not accept the reality of being human.

5. Express your emotions in front of your children.
When my grandfather died this past summer, I cried in front of my daughter. She asked me why I was sad, and then she mimicked my sadness by pretending to cry. She was practicing compassion and grief. She was also learning that emotion around death is okay. Of course we feel emotion: anger, sadness, confusion, relief, and even beauty. If we allow our children to see us feeling these emotions, they will feel safe feeling them too.

Death is the ending to our life story. If we’re honest about this with our children, they’ll understanding that everyone’s story will end eventually.

Giving our children tools to process death as part of life is invaluable. I have made mistakes in having these conversations with my daughter, just as generations before me have done. However, if we address death with intention and honesty in our children’s lives, it may lead to a more death-positive next generation. 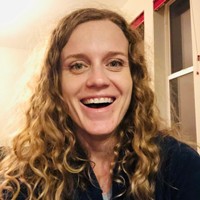 Chelsea Dee Thom is a solo mama to her daughter Noemi. She is in wonder with light and often walks into doors because of it. For many years before motherhood, her primary pas… Read full bio

The Specific Qualities of Sibling Grief—How it Morphs & Marks Us. Calvin & Hobbes on Death.