It is Okay to be Not Okay. 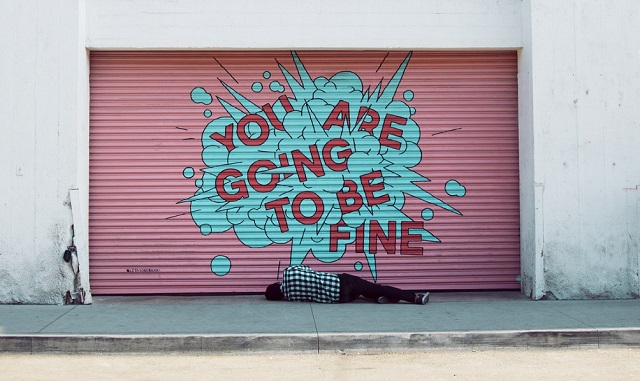 Just today. I realized that it is okay to be sad. It is okay to be needy. It is okay to be a fool in people’s eyes. In fact, it is okay to be not okay. If I’m always okay, I wouldn’t have realized the agility of life — the depth that it serves. If I haven’t experienced all those so-to-speak, negative & useless emotions such as anxieties, jealousies and fears this decade, possibilities of going beyond oneself would be out of question. Everyday life would reliably turns out to be this stupid mystery of blankness. No awareness whatsoever — just inside a black hole, continue sucking life out of life. Yes, dark.

Realization took a bit longer than I would like, but meh~

Began by my childhood like many others, I was raised by a pair of bitter miserable parents who see life only as ideals and disappointments; parents who never live in the moment; parents who never have their dreams fulfilled; parents who were never satisfied with what they have, but like kids expect others to make them happy. In fact, their self-contradictory belief of what life is NOT has deeply embed me inside this helpless psychic of presuming that every breathing space is another likelihood of disappointments from unobtainable dreams. And so by default, I was made to either chase the unobtainable or keep running away from simply living and pretend life is elsewhere.

“He was repelled by the pettiness that reduced life to mere existence and that turned men into half-men. He wanted to lay his life on a balance, the other side of which was weighted with death. He wanted to make his every action, every day, yes, every hour and minute worthy of being measured against the ultimate, which is death.” ― Milan Kundera, Life is Elsewhere

It was as if life would always be this sad no-win situation. I hated it.

I did try to fight against this frustrating conjecture during my early 20s. To my credit, I did arrive to few good A-Ha! moments then, and was even able to enjoy some sorts of creative self-expression, experiencing first true love. But perhaps, they were too intellectual to my sense. So when life inevitably hit me hard with a slap (like everybody), I tumbled right back inside my childhood spiral dungeon. Damn, human weakness.

To avoid further risk of being shocked and disappointed, the vulnerable me started to enter and exit different life scenarios inside this crazy world, making up ideals and perfect selves as I was being taken off by the ride (should say, storm) of life. After all, acting out ideal selves were the only seemingly safe path that was really known to me — adapting personas to the requirement of the world, making up ideas, giving and taking away hopes from your, his and her expectations.

I could feel others, but I could not feel myself. The feeling..well, it is shivering.

At the end of decade, I have successfully produced me(s) that seems to be strong & independent, gentle & kind, smart & witty, cool & easy-going, charming & sometimes could even melt your heart :). But they all know nothing like John Snow, and simply share one thing in common. They believe they’re striving for some ultimate “perfection”. Blah. It feels like having a big communist party inside your head. Inside Out.

She: So what’s the mission for today?

I: Let’s see. Hm..repeat that crazy balcony scene where we fell off last time?

I: Good. And remember that beautiful exit we talked about.

BUT not until the recent episode of another balcony fall (after many others throughout the decade) of contingency in cultural shock, financial security and inability to act in a foreign land (but too daunted to go back home and be shamed as an ultimate loser by family) that I realized how limiting my imagination of perfection & ideal actually is.

In fact, the becoming crudeness of last 3 years living in France with my new partner without proper income & work status, made me believe that I have lost everything of myself: my autonomy, 10 years of corporate savings, family next to me; and at the end, even my sweet promising new relationship. It was highly disappointing. After all, I came to this city of beauty, love and freedom for all those ideals!! And here I was, soaking with fear and anxiety. Did I sell my soul for my own ideals like Satine to the Duke at Moulin Rouge. After all, I believe in spectacles more than love.

“Why live life from dream to dream? And dread the day when dreaming ends.” — Baz Luhrmann, Moulin Rouge

Please, I want my bubble! Bring me back My Sweet Paris.

Entangled by unlucky days, irresponsible acquaintances and general difficulties of dream chasing & starting one’s own business, boyfriend and I found ourselves barely surviving inside a sinking entrepreneur-ship that we started.

We were trapped inside this cashless uncertainties of everyday life with no sustainable shelter, used all our savings, munching baguettes at home (exaggerating), and battling everyday with immigration department for visa status. Days were like head on crashing against waves. And the flood? It was pure berserk.

Worst of all was that even we did want to give up every waking second, we were unable. After all, we both have nothing to fall back to! So life really gave us no choice but to charge on and suck it all up. However, happenings and non-happenings kept washing us back to the shore over and over again. We did what we could to stand back up every time — sometimes together and sometimes on our own, but it seems we were doomed to plunge again at every attempt. After all, it felt like an endless flood. I really lost hope. We really lost hope. It was despair.

During the process, both of our sensitive hearts started to blame each other on all heaviness and lightness that we faced for ourselves and for each other.

Shit, I ended up as a bitter behaving machine — like my own parents. Yes, the two people that I criticize all my life.

Boyfriend and I muddle faults of the world, ourselves and each other. Distinction between all of the above was inconceivable. We burst out million times disappointment, angers and frustrations. In fact, there were simply no limit to our fights. Hurtful words and passive aggression became the only norm that we know. At the end, we lost patience, we needed our own space, and were unable to gaze into each other eyes. We became monster to each other …

I would not wish to experience such flood or another high fall from balcony again, but I’m forever thankful to this particular one. C’est la vie as the french says. Such opportunity to be vulnerable once again allows me to face myself (instead of escape)— all those silly shows that I unknowingly put on just to hide myself.

Yeah, I feel a little cold & naked without all ideals. But really — so what? Little chilliness on my skin, with feet planted on the ground can be nice too. 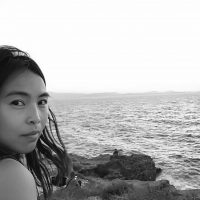 My name is Carrie, initiator of CO-Happening! :) I started the group one summer night at the center of Paris 2017, with an impulse that I woke up to. The impulse to call like… Read full bio