My 12-Year-Old Attempted Suicide. Here’s what I Learned.

As an LPC (Licensed Professional Counselor), with over half a dozen years in the mental health field, I have seen my fair share of acute issues, especially with teenagers, self-harm, and suicide.

That’s when I received a call at work from my ex-husband (my children’s dad and co-parent) that our daughter was not in school, but in the back of an ambulance being transported to PeaceHealth. She had tried to commit suicide using prescription medication. My daughter had been lethargic at school and had disclosed her suicide attempt to a fellow student; the school quickly called 911.

I dropped to my knees in shock.

How could this have happened? What did I miss? Sure, my daughter had experienced some recent issues at school and with friends. But now she was in therapy, working on improving her grades. Things seemed to be getting better. How wrong I was…

I currently work in the mental health field. I am a Clinical Supervisor at RiverBridge, a 16-bed secure residential treatment facility consisting of patients with SPMI (Serious and Pervasive Mental Illness) and have firsthand experience with acute mental health issues and crises.

Yet, I missed the near-disaster that was lurking in my own home.

With my daughter’s permission, I am sharing our story. Our hope is that families might learn from our experience and avoid heartbreak.

Suicidal thoughts and actions are on the rise in young people. According to a May 2018 NBC News report, the rate of children who were hospitalized for suicidal thoughts or activity doubled from 2008 to 2015. This statistic is not meant to alarm, but to illustrate that while changes in mood, behavior, and secrecy are normal as children move into adolescence, parents need to be vigilant. Even those of us who offer open communication and loving support for our kids cannot necessarily override the depth of despair that can envelop them.

My daughter’s suicide attempt was not simply a cry for help. In her preteen mind, it was the only solution to what was going on in her world.

An excellent student, she struggled with the transition from elementary school—where she had a single classroom and teacher for the entire year—to the chaos and confusion of middle school. Her grades plummeted. She frequently complained that her teachers did not like her. Her father and I stayed involved, got her into counseling, and—with her—began looking at other schooling options.

We were all hopeful as she started seventh grade. But she fell in with a rough crowd of girls and, in an effort to fit in, made a poor decision. She got caught and faced serious consequences. Then, she had a fight with her best friend and some boys were vicious toward her on Snapchat—a social media platform where messages vanish soon after they are posted.

All of this made my daughter feel deeply humiliated, horribly overwhelmed, and utterly alone. “I don’t want to be here,” she wrote in a suicide note before ingesting tablets of a family member’s anxiety medication she found in a bathroom cabinet. My daughter ingested 30 pills on December 16th, fell asleep, woke up, and ingested 20 more pills.

Fortunately for all of us, she happened to ingest a prescription medication that can be tolerated in large doses in the body and the drugs just made her woozy and sick.

After four days in the hospital, my daughter was released. We have been working with a therapist, pediatrician, and psychiatrist. She is in a new school with smaller classes. No electronics are allowed. She has emerged strong and is recovering and on an upward trajectory.

Still, my daughter’s suicide attempt haunts me, and I fear it may happen again. At the same time, I am hopeful in this new beginning.

Here are some practical tips to help build a better bond with your child and ensure they don’t have untreated mental health issues or suicidal thoughts:

A month after her suicide attempt, my daughter wrote the following poem:

I used to stare at my ceiling and imagine my life, but perfect.
I imagined my room, but perfect.
I imagined my whole entire world, but perfect.
Then…I thought about it a little harder and realized my life is perfect. It was exactly what I wanted.
The flaws and rough edges in my life made it perfect.
I used to think the word “perfect” meant everything is in order, with no flaws, no rough edges, and no mistakes.
But as I was in the dark, staring at my brown ceiling fan going around and around like a Ferris wheel, perfect doesn’t mean no mistakes.
It means fixing the mistakes.
It was like my world was a box with rough edges and all I need to do is sand it off and make it smooth. 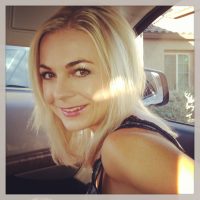 I am an LPC and have worked for seven plus years as a Mental Health Therapist with a variety of adults, families, children and couples with varying degrees of mental health di… Read full bio