My eldest child is 18. Eighteen. Such a youthful, hopeful, and energetic number.

That’s how long I have been a mother. Wow. Let that sink in. So many of those minutes have challenged my sanity, self-worth, and purpose like no job I ever did.

Today, I have my Uber cap on. No, of course I’m not getting paid. I’m picking up my youngest two children from a playdate. They jump in the car and immediately start sharing how much their friends fight. I see in their faces a curious blend of happiness, fear, puzzlement, and relief. The words stream out of them, “Mom, they punch, kick, and pull hair.” “Mom, you’re so lucky to have us. We don’t fight. We’re so lucky to have each other.”

I know. Now, as I type this it sounds so nauseating—I want to stick my fingers down my throat. But, at the time, the voice in my head went in a different direction.

The words pop into my head like John Cleese in a Monty Python sketch, English accent and exaggerated posturing included. There’s nothing lucky about any of it.

I am not lucky. They are not lucky. It was work. Millions of minutes of work.

In the 70s, it was common for a father to use a belt, the headmaster a cane, and the teacher to use a ruler. Of course, it wasn’t called violence then. At home they called it spanking. At school they called it corporal punishment.

As a child, I called it terrifying.

The child in me still remembers having her head smashed up against her brother’s, being thrown around like a rag doll, and hearing the yelps of fear from her brother as he tried to run away from a belting. Spanking. Corporal punishment. Violence. The line is so easily blurred. Let’s call it what it is: Abuse against another human life.

Do you think it’s changed much? Nope. Today, research says 70 percent of parents still think it’s okay to use physical force to discipline a child.

Study after study shows how childhood abuse affects mental health, cognitive ability, skill development, self-esteem, self-regulation, aggression, and violence. The list goes on and on. Research shows that a child who is physically abused is more likely to go on to physically or emotionally abusing others. And, surprise surprise, boys are “spanked” more than girls.

As mothers, we have power. We have significant influence shaping the values of the next generation. We have the power to raise children who can love themselves enough to know how to love others. Nine million, four hundred thousand minutes to raise a human.

It begins with us.

When my first child got through babyhood and started “acting up,” I remember looking at him and thinking he needs a good spanking. Yup. The programming was powerful. I still feel shame about this. I could be one of those statistics. Even though I knew intellectually that I didn’t want to use violence to keep him in line, I wasn’t prepared for what came next. I wasn’t prepared for the monumental anger that would erupt inside me because he didn’t behave in the way I expected him to. Sure, I managed to not resort to violence, but it didn’t feel like a victory. The violence was in me.

I needed something else. I needed tools.

It started with my deceased grandma’s words whispering in my ear: count to 10. Yes. It created a pause but it didn’t help calm me down.

What worked for me was long, deep breathing. I became obsessed with the micro-moment of a single breath. Mastery of that micro-moment and I could change everything.

I was on to something.

Next up, learning about emotions. Easy, I’m British—I don’t have any. Yes, stiff upper lip, keep calm and carry on, don’t mention the war, and all that. No wait. I’m human. I must have them. Please don’t laugh (okay, please do) but I started researching emotions. Yes, I actually bought books and read them. What are emotions? Why do we have them? What is their purpose? Such simple questions yet, in decades of living, I had never even contemplated them. In learning, I practiced understanding my inner emotional landscape. In learning about my inner world, I began to understand more about myself, my child, husband, other human beings. Yes, I’m still learning.

Once I had learned how to slow down and tune into my emotional landscape, it was time to think about communicating. Yes, back to kindergarten. I had to learn how to use my words.

I practiced by recognizing my starting place. A place of peace that I would speak from. From this place of peace, every situation I observed looked different because I wasn’t emotionally reacting. I could see one child angry and protecting something and another child sad at not being heard. When I slowed down, everything else slowed down. I observed the micro in the moment. Without realizing it at the time, I practiced slow parenting.

As I practiced, it was natural to start sharing what I learned with my children. They practiced how to breathe, slow down, tune in, observe self, observe others, listen, and be curious.

Back in the car, “Lucky, honey?” I say to my children, “That isn’t luck. That’s practice.”

I remind them of everything we have learned and still practice. Nine million, four hundred thousand minutes to make a difference.

If I ever question my sanity, self-worth, or purpose again, I will remind myself of those nine million, four hundred thousand minutes…and counting. 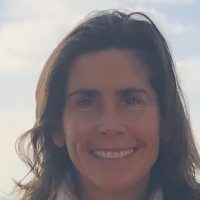 Bek Nelson is experimenting on letting go of (almost) all previous descriptors to see what happens when she does. This makes her feel excited, curious, and sometimes a tad ner… Read full bio

Nonviolent Communication (NVC): The Heart Sutra and Paul Shippee Trauma-Informed Yoga: When the Breath acts as a Trigger. The Many Benefits of Ujjayi Breathing. ~ Heidi Rocke
See relevant Elephant Video