Since I’ve begun following some animal accounts on Instagram, I’ve come across many posts on my “explore” page depicting animal cruelty.

It’s not for awareness, rather, it’s for exploiting animals who are put in severe distress just for human entertainment—so people can have a laugh or satisfy their sadistic, twisted curiosity.

Some examples of this include people setting a rat on fire, or chopping the tail off a shark who is then released back into the ocean.

The last option available for us to select is “I don’t like it,” and that simply blocks the post from your own account, which isn’t what I care about. I don’t want to just hide the unpleasantness from my eyes so I can live in ignorant bliss, guilty of doing nothing.

I care about stopping these sites from sharing animal abuse and thereby promoting it as acceptable and profiting off of it. I want to be able to report animal cruelty and have Instagram recognise this as a valid reason to block these pages.

People are striking out against Instagram’s anti-nudity policy, referring to it as an anti-freedom and human rights issue. I’m not denying that it is.

But it seems animals don’t even get the dignity of a policy put in place for their protection against the most horrific cruelties.

Hundreds are currently assembling outside Instagram HQ protesting against nudity, but where are the people speaking up for animals who have no voice of their own? 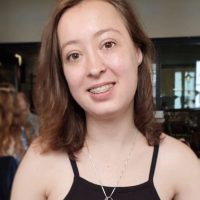 Using any Wild Animal for Entertainment is Animal Abuse. The Truth about PETA & Those Horrible Photos? This is Why I Don’t Support PETA.
See relevant Elephant Video