Nobody Warns Us about the Rapists who walk Among Us.

I’m writing this for all the women who stand in the grey area of rape and sexual violence.

The ones who didn’t say no because they felt like they couldn’t, the ones who were violated by friends or family members, or were made to believe they had instigated it, the ones who live in a psychological nightmare not knowing whether they were raped or whether they consented.

The more I open this topic with women, the more stories I hear where these boundaries have been crossed.

We grow up hearing that rapists are creepy men lurking behind corners and bushes waiting for a woman to pass so they can attack. These are the characters that we are warned about; we are told to watch what we wear and not to go out alone at night.

Yet, nobody warns us about the rapists who walk among us.

The men who take advantage of our trust and become pushy and aggressive. The men who use guilt and shame to get us into bed with them. The ones who point out our flaws to make us feel vulnerable and worthless, hoping that once we feel victimised we’ll be less of a challenge. The ones who buys us a drink and give us rides home, clocking up brownie points they can cash in for sex later.

Rape in the grey area is when he invites you out for dinner, insists on paying, and then expects you to sleep with him. If you show signs of objecting, he uses mind games to persuade you. It’s the husband who rapes his wife but gets away with it because they are married. It’s the creepy uncle who hugs for too long, the “friend” who tries to seduce you by leaning over and touching you when you clearly don’t want it. It’s the guy who helps you when you’re drunk just so he can get into bed with you later. The list is endless.

Well girl, you don’t owe anyone anything.

“Sex takes the consent of two
if one person is lying there not doing anything
cause they are not ready
or not in the mood
or simply don’t want to
yet the other is having sex
with their body it’s not love
it is rape.” ~ Rupi Kaur

A guy once invited me over to his house claiming that he was inviting a few others as well. When I arrived, I found that I was the only one there. He made small talk for a while and then edged onto the sofa next to me, grabbed my hand, and pulled it to his crotch. When I objected (naive me made polite excuses while smiling nervously), he got stronger and pushed himself onto me, trying to force his hand into my top and down my trousers, saying all kinds of sweet things at the time.

I knew I didn’t want to sleep with him, so I stood firm and refused. But, the stronger I refused, the more pushy he became until eventually he got angry, pushed me against a wall with his hands around my neck, and accused me of teasing him and leading him on, saying now I should do the right thing and “finish him off.”

I made an excuse and managed to leave; he even politely walked me to my car and saw me off. When I got home I thought over every detail of what had happened. If I hadn’t been that stubborn, I might have slept with him even though I didn’t want to.

He texted me a few days later inviting me over again, and having had time to think, I decided to speak up. I told him I had felt uncomfortable with how pushy he had been the last time around and that I would prefer if we saw each other only in social settings from now on. He flipped out, asking me how I dare accuse him of rape (I didn’t), that I had agreed to come to his house—and so clearly I secretly wanted to sleep with him. He also said that I clearly have a problem and he can help to fix me. Needless to say I ignored his calls and messages and life went on.

When I tell this story to women, I’m amazed at how many similar stories come back to me. Many have ended with rape, while others ended like mine. However, in all cases, the victim was made to feel like they agreed to something that they didn’t want—and they felt unable to speak up because their attacker was a friend, family member, or even spouse.

The extent to which we have autonomy over our own bodies is highly questionable and sadly we are rarely taught how to handle these situations.

The conversations I’ve had with men about this topic have also been eye-opening. One man actually told me that he was angry because he had never harassed or attacked a woman but now he has to live with the effects of the men who do; in other words, women are more cautious and he has to watch what he says now. Another man, (who turned out later to have several sexual harassment accusations against him), fully denied the existence of harassment. His belief was that unless there are witnesses and evidence then it probably didn’t happen,and that women most likely make up these stories against men they don’t like just to get attention.

One woman even told me that it’s because of what women wear that they get harassed. And someone also once told me that if you spend time alone with a man he will eventually try to sleep with you.

The sad part is that because of all these things (and others), we don’t speak up.

We don’t think anyone will believe us, we may be accused of attention seeking, our trauma will be belittled as something normal we should just get over, we will be told that it’s because of what we were wearing or what we were drinking, and finally we are told that it couldn’t possibly have happened because the perpetrator is such a nice person.

So we stay quiet, keeping our trauma to ourselves and thinking we are alone in this. But the truth is that there are so many people out there sharing the same trauma, and freeing our voices is one way we can make a change. 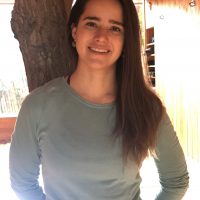 Katherine Jones is a writer, yoga teacher, and works with pregnant and post-partum mothers to empower them through childbirth and motherhood. Katherine lives in Egypt where sh… Read full bio

How to Set Healthy Boundaries—even when you think you Don’t Need Them. What does “Consent” mean in a Rape Culture? {Trigger Warning} When an Optimistic Woman falls in love with a Toxic Person. Living with C-PTSD Following an Abusive Relationship.
See relevant Elephant Video