The Science behind Oil Pulling. 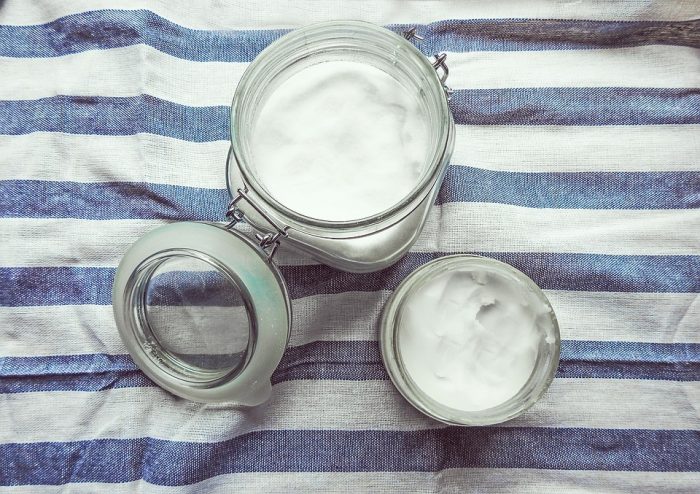 How healthy is your mouth?

According to Ayurveda (and new coconut science), the health of our mouths influences much more than you might expect, including our heart, brain, food intolerances, mood, your social life, and more!

The mouth acts as the first line of defense against undesirable bacteria, while at the same time harboring a stable of beneficial bacteria that manufacture digestive enzymes to initiate digestion. Studies suggest that poor oral hygiene can predispose us to unwanted bacterial, viral, or fungal infiltration. Poor oral hygiene can also alter the natural environment of the mouth, compromising digestive enzymes, allowing bacteria that lead to food intolerances, which are so prevalent today.

In addition, a healthy mouth provides critical protection against undesirable microbes linked to a host of health conditions, including arterial plaque, heart, kidney, brain, mood, memory, and blood sugar concerns. Perhaps most concerning is the relationship between common unhealthy mouth bacteria, Streptococcus mutans, and production of plaque in both the arteries and brain, increasing risk of brain and heart-related issues.

The Science is Impressive.

Microbes such as Streptococcus mutans (the main contributor to tooth decay) and the harmful yeast Candida albicans seem to flourish in the mouth—particularly in the presence of sugars and starches. These bad bacteria and fungi, when allowed to flourish, can cause a plethora of health concerns, specifically in the heart, arteries, and brain.

Oil pulling has been shown to create a saponification or detergent effect that deters bad bacteria and plaque, while supporting healthy gum tissue, an important barrier against bacterial exposure to the bloodstream. In one study, 20 age-matched adolescent boys with plaque-induced gingivitis were selected and divided randomly. Group one oil pulled with sesame oil and group two used the chemical mouthwash chlorhexidine.

After 10 days, there was a statistically significant reduction in plaque and modified gingival index scores in both groups. There was also a considerable reduction in total colony count of aerobic microorganisms in both groups, suggesting that oil pulling is as effective as chemical mouthwash for supporting optimal oral hygiene and health, without exposure to potentially harmful chemicals.

Studies also show that oil pulling has a substantial ability to reduce microbes in the mouth that cause halitosis or bad breath.

By supporting healthy microbial populations that limit volatile sulfur compounds (VSCs) or sulfur-producing bacteria, you can get to the source of bad breath. This is another example of how the proper balance of microbes can solve an age-old problem very simply.

Can I Brush with Coconut Oil?

You may have seen articles raving about brushing with coconut oil. While this will be beneficial, as coconut oil contains numerous antimicrobial properties, you may be missing out on some of coconut’s most potent health benefits.

Dr. Damien Brady at the Bioscience Research Institute in Ireland conducted a study comparing raw coconut oil with a naturally enzyme-modified coconut oil—modified to mimic the effect of the digestive process that starts in the mouth.

They found that partially-digested coconut oil is more effective than raw at impacting levels of potentially harmful bacteria in the mouth, including the infamous Streptococcus mutans. Once coconut oil is partially digested by enzymes, it can attack cavity-causing bacteria!

Oil pulling allows time for digestive enzymes to break down the oil and fully activate it. This may explain why simply brushing with coconut oil is not a common Ayurvedic practice, while swishing with a blend of coconut and sesame oils for 10 to 20 minutes is.

Once again, I am amazed by the ancient wisdom of Ayurveda. How did they know to activate therapeutic effects of coconut oil by swishing it?

How to Oil Pull

The following is a beautiful description of this technique, described in The Journal of Traditional and Complementary Medicine:

“In oil pulling, a tablespoon full of oil (sesame or coconut-herbalized with turmeric was also a traditional practice) is swished around the mouth in the early morning before breakfast and on empty stomach for about 10-20 min. In case of children greater than five years of age, a teaspoon of oil is used. The oil is “pulled” and forced in between all the teeth by swishing it all around the mouth. At the end of this activity if the procedure is done correctly, the viscous oil will become milky white and thinner. Then it is spit out and mouth is thoroughly washed with clean warm saline water or tap water and teeth are cleaned with fingers or routine tooth brushing is performed. If the jaw aches, then the procedure can be done just for 5–10 min. The oil should not be spit into the sink as the oil can cause clogging of the pipes. Instead, the oil should be spit into a trashcan or on a paper towel.

Oil pulling should be ideally performed daily morning on empty stomach before brushing teeth and care should be taken that oil is not swallowed. Swallowing of oil during oil pulling should be avoided as the oil contains bacteria and toxins. Oil pulling is best practiced in sitting position with chin up. It can be practiced three times daily in empty stomach before meals to fasten the healing effects. It is contraindicated for children below 5 years due to risk of aspiration.”

Have you tried oil pulling? How did it go? Let us know in the comments below.