4 Words that made me a Less Selfish Lover. 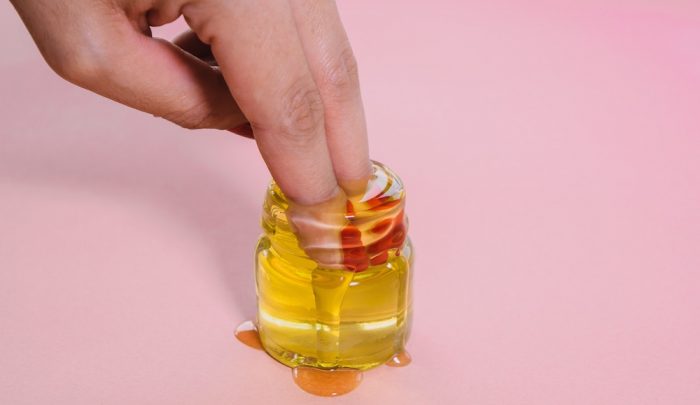 These four words are guaranteed to supercharge your love life.

I know. It sounds unlikely. But trust me!

First and foremost, I’m not going to make you read through this whole article to find out what those four words are, so here goes:

“What turns you on?”

Okay, so far so obvious. But why am I so sure that this simple question will make such a massive difference to you and your partner’s enjoyment of sex together (assuming you’re not already using them, that is)?

It’s this: women friends have repeatedly told me that their men don’t seem to understand how they like to be touched and loved—or have much interest in finding out. And I’ve been one of those men for much of my life, until my current partner (and now wife) did me the huge favour of explaining that she could tell that I was guessing at what she wanted from me in bed, and most of the time I was guessing wrong. She wondered why I didn’t just simply ask her. This question was so basic and so obvious, it left me wondering why on Earth I’d never done that with her, or with any other woman I’d been to bed with.

It wasn’t that I didn’t care—I did, a lot! Partly because I wanted to be thought of as a “good lover” (or at least good enough for a woman to want to come back for more) and partly because at heart I did want our experience of sex to be mutually enjoyable. Like most men, I wouldn’t have been happy eating ice cream if I thought my partner was having to make do with a piece of bread.

But by not simply asking that question, and acting on the answer, that was all too often the situation I was unconsciously (in all senses of the word) creating.

Those women friends have told me they often feel that their partners are absentminded or indifferent to their experience in bed, and they have a sense of being poked at in an insensitive way because he is in a rush to finish.

The result? They feel disappointed and unsatisfied—feelings that over time can understandably build up into the kind of buried resentment that is often simmering at the heart of arguments over anything from the dishes to politics, and which can be the cause of an otherwise promising relationship inexplicably ending. This certainly helped me understand better why some of my liaisons had gone wrong in the past.

They also say if they ever heard that “magic question” from their partner and felt that their answer was listened to, and—most importantly—acted on, their whole experience of being in bed with him would be transformed. And they would also be massively motivated to ask him the same question so they would know how to do what he likes best too.

This is the wonderful double benefit that comes after using these four magic words with your lover; not only will you be having the excitement and joy of turning her on and becoming a sex maestro in her eyes by doing what really works for her, but she will also be eager to do the same for you.

This has got to be the best win-win situation in the world!

The big mystery is: why aren’t more men asking this question in bed? Are we still too shy about sex to simply find out whether we’re doing it right for the person we’re doing it with? Or is it because we think that, as men, we’re supposed to know exactly what to do in bed (as well as everywhere else) and asking for guidance might make us seem less competent as lovers or less manly in some way (when, actually, the opposite is true).

To put it simply, what human would want to keep preparing the same dish for someone they love without checking if they enjoy the taste of it, leaving open the possibility that she doesn’t actually like his cooking very much, but is afraid to say anything because she thinks he’s so insecure that he might be offended, or doesn’t love her enough to want find out—neither of which options are likely to carve him a large place in her heart. So she continues to try to eat what he’s making, because at least she won’t starve to death.

One thing is sure: this kind of relationship dynamic is either destined to become unhealthy and/or codependent or is doomed to die. Quite soon. It’s hardly a situation that will create mutual joy and happiness.

Yet from what I’m being told, this is exactly what too many couples’ love lives are like. With the result that both partners lose out.

The situation could be so easily and drastically improved by the magic question. Why is it that, tragically, so many men seem unwilling or unable to take that simple step. Is it because of that ghost that haunts so many of us—the fear of not being “man enough” in bed? A fear that no woman I’ve ever met seems to know or care much about, but which we men can falsely believe determines whether she will be attracted to us, or—if we don’t have enough “man stuff”—will want to denigrate and disdain, or, even worse, try to control.

I went through a phase as I got older and my erections were getting less reliable, of wanting to “do the business” (i.e., penetration and orgasm) with my girlfriend quickly, so I could reassure myself that I was still “a man.” This was from an underlying fear that if I didn’t strike while the metaphorical iron was hot, I might lose that revered hardness and be ashamed of my “failure.”

But in reality, all this did was make me seem selfish and fearful in her eyes, and reduced the pleasure which I discovered could be there when, with her encouragement, I stopped trying to get somewhere or prove something with our lovemaking, and allowed myself to truly surrender to the marvellous sensations that were naturally happening for both of us, and be deeply connected to my own feelings and to her.

As a side note, I noticed that, paradoxically, the less I cared whether I was erect or not, the harder I seemed to get. Yet another win-win!

It really did seem true in my case that there was nothing to fear except fear itself. This more relaxed and less goal-oriented approach to lovemaking was so much more rewarding for both of us—the ultimate irony being that the less I worried if I was being manly enough in bed, and the more I was brave enough to be present and vulnerable with her, the more masculine and attractive she felt me to be.

If you’ve ever experienced it, you’ll know that there are few things sexier than making love with a woman who is completely welcoming and ready for you, who surrenders willingly in the confident knowledge that you know how to make her feel great, and care enough about her to do just that. Who feels that magic combination of safety and excitement with you, and who wants to make sure that you are enjoying yourself as much as she is.

This is the result that asking and acting that magic question is guaranteed to bring. 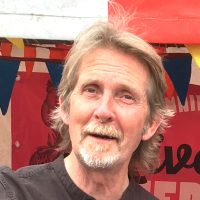 Steve Garrett is a Cardiff-based local food activist and award-winning social entrepreneur. He set up the Riverside Farmers’ Market in 1998 and mentors other people who want… Read full bio

The 3 Essential Tricks for Mind-Blowing Sex. {Adult} Ten Tips to Revolutionize our Sex Lives. The Ferocious, Soul-Level, Wildly Sensual Sex we can have with an Empath. A Relationship will only be as Good as the Sex.
See relevant Elephant Video