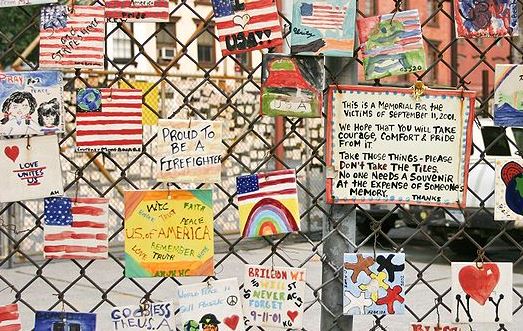 Similar to how the generation before can tell you exactly where they were the moment that President John F. Kennedy was assassinated on November 22, 1963, September 11th has become this generation’s moment in time.

It was a day that we vowed to “Never Forget.”

And where America came together in unity to remind the world that, as Americans, we would stand together to fight the evils that plagued the world. In the days immediately following September 11th, streets were lined with American flags and photos of heroic efforts by police, fire departments, medical personnel, civilians, and neighbors.

Then President George W. Bush made one of the most memorable remarks of his presidency, “I can hear you. The rest of the world hears you. And the people who knocked these buildings down will hear from all of us soon.”

We were united. We were grief-stricken. We were the America that wouldn’t stop to ask what our party affiliation was before helping; police and civilians were one and everyone did everything they could to help each other locate loved ones and get individuals in need of care to emergency personnel.

That was my America.

Eighteen years have passed and I must stop to ask myself, have we forgotten? In many ways, we have forgotten. How did we let this happen? How have we gotten so far away from the post 9/11 America that we once were? America, I hate to break the news to you but somewhere along the line, in the last 18 years, we missed the point.

9/11, with all of its important messages, was supposed to remind us that there are only two kinds of people in this world, good and evil.

My father used to say, “Do not ever judge a person on the color of their skin, their religious or sexual preference, how much money they have, or what they do for a living. Judge them solely on their character.” Truth be told, that conversation always followed with his clincher line, “An asshole is an asshole regardless of any of those things.” Truer words have never been spoken.

Believe it or not, despite our current state of affairs, a good person is a good person and they may just also happen to be white, black, Asian, Muslim, Catholic, Jewish, straight, gay, police, rich, poor, or any other adjective that you wish to insert. The same is true in reverse. There is good and there is bad and there is nothing else.

As a result, we have become a nation that has armed ourselves with a keyboard, keeps themselves invisible by sight, and has allowed all of us to be at war with each other through words, mass shootings, a broken criminal justice system, and instead of taking action—we take pictures and give our opinion from behind a computer screen. While I do see the irony of that statement as I write this blog in a similar manner, however, I have vowed to Never Forget.

I will Never Forget seeing a grown man with tears in his eyes come to tell me that there has been a terrorist attack and urge me to sit in silence as we watched on with the rest of the nation.

I will Never Forget the sound of my parents’ voices as they called me to tell me that the world had now changed forever and that they love me more than anything.

I will Never Forget the sights of people with lives and families jump from burning buildings as those underneath scurried to safety being caught in the rubble and debris from planes and falling buildings.

I will Never Forget watching President George W. Bush being told the horrific news as he was reading to a second grade class and the look that came over his face.

I will Never Forget that despite the complaints that Americans have about living in the United States that, as my husband reminds me, we still live among the top five percent of the world in terms of wealth, accessibility, and freedoms.

I will Never Forget that good will always prevail over evil and that all individuals, regardless of difference deserve dignity and respect, unless they’re an asshole.

I will Never Forget that fateful, crippling morning in September 2001 and I will forever push to see that America again.

Don’t miss the point, America. Our children depend on us. They have to understand that the Ground Zero Memorial is not a selfie background for their posts.

And, we have to understand that it’s up to us to bring back that post-9/11 nation. Let us Never Forget. 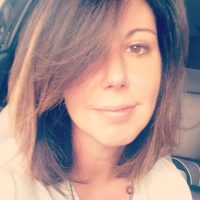 How it felt to Bear Witness days after the 9/11 Attack. Wage Love for 9/11.
See relevant Elephant Video