“Because I Love You” is a Dangerous Response—Here’s Why. 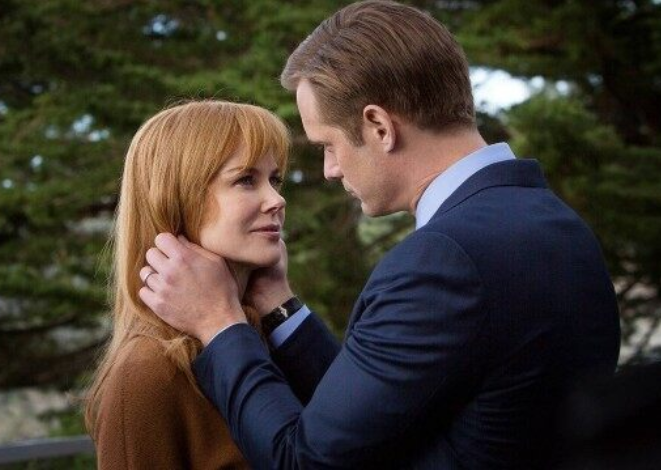 At the dinner table a few nights ago, I shared a meal and a tough conversation with a few adults, my son who is 15, and my daughter who is 11.

The subject of TikTok came up.

If you aren’t familiar with what TikTok is, it’s an app where kids can make short videos, lip synching along to different songs.

I will admit, I don’t know a whole lot about this app, other than that it’s social media. My daughter posts videos she has made. She watches videos her friends have made. She also watches videos of other people she doesn’t know.

The ones she usually shares with me of are of cute boys doing cute things.

My daughter loves it. She’s on it a lot. At this point, and as far as I can tell, it brings her a lot of joy and allows her to connect with her friends and a wider group of people.

I am keeping a watchful eye on her, though.

My son hates TikTok. He finds how she participates with this app quite annoying. There’s this thing called VSCO girls that is apparently prevalent on TikTok. It’s a stereotype of girls who wear scrunchies on their wrists, say “ksk, ksk, ksk,” and do lots of other weird things that we adults, and her older brother, just don’t “get.”

But this app and this world are hers. Not mine. Not her brother’s. Just hers.

My son and I started to get into a debate at dinner about the merits of limiting her use of this form of social media. He is worried that she will lose her sense of identity and conform to what she sees.

I get it. He is trying to protect her. My son has never been much on the social media scene. He has Snapchat, but doesn’t have Twitter, Facebook, TikTok, or any other social media apps. That’s not his gig.

But it is my daughter’s.

I could tell my daughter was starting to feel attacked by this conversation. And I realized it the moment I turned to her and saw her eyes, completely welled up with tears. Sh*t.

I stopped the conversation and put my arm around her to pull her close to me. I told her that he and I really shouldn’t have been having that conversation at all, and that I was sorry that I hurt her.

Then, in a loving way and with the best intentions, one of the adults at the table said to her:

“He is only saying these things because he loves you.”

True, he does love her. Very much.

Imagine this. She is in college. She is at her computer, about to purchase a fun new outfit for a girls’ night out with her friends from high school. Her boyfriend comes along and sees it.

He questions her. Why do you need another outfit? She says because it’s a special occasion and she wants to look her best.

He says this new outfit is a waste of money when she has plenty of clothes in her closet and no money in her checking account. She says she knows, but that she can just use her credit card and pay it off next time she gets paid.

He rips her wallet from her hands, takes her debit and credit cards, and tells her, “You are not responsible enough to manage your own money. From now on, if you want to buy something, you ask me, and I’ll decide if you can afford it. I’m only doing this because I love you and I don’t want you to spend money on things you don’t need and go into debt.”

What she will remember from her childhood is: “He’s only doing this because he loves you,” and all of the adults nodding their head in agreement.

Don’t think that can happen?

When I was younger, I entered into a long-term relationship with somebody who was controlling, manipulative, and emotionally abusive.

He wouldn’t let me eat pizza late at night—because he loved me and didn’t want me to get fat.

He wouldn’t let me go out with my friends without him—because he loved me and he wanted to protect me from any guy who might disrespect me.

He read all my mail and emails—because he loved me and didn’t want anybody manipulating me by saying things about him that he didn’t have the chance to defend.

And he watched every penny I spent—because he loved me.

It is control. It is a cover. And it is wrong.

Eventually, this same guy told me if I ever left him, he’d kill himself, then kill me. And I stayed with him for three more years.

The message of “because he loves you” tells my daughter that regardless of what the experience caused her to feel or think, her thoughts and feelings were wrong, and she does not get to question any of them. And even if she felt that what happened was wrong or inappropriate, if it was done out of “love,” then no further discussion or acknowledgement or apology is required.

She loses her voice.

As parents, it is our job to educate and guide. To teach our kids how to make decisions and help them to know that their thoughts and feelings matter.

I talk with my daughter about the risks of being involved with social media, but I allow her to regulate how she uses it. When she has been on too much, she will tell me that she misses me, and then we talk about how she can balance her time better.

She is empowered to use her voice, and her voice matters to me.

If we don’t teach our kids how to use their voices, then they won’t use them when they need them most.

Then they, too, may end up with a partner who will make all their decisions for them.

Because they love our child.

While we sit at home, and hope to God that they really do.

Identifying Emotional Abuse before it Happens. Love is Enough—Except when it Isn’t.
See relevant Elephant Video