Is Feminism really for All Women? 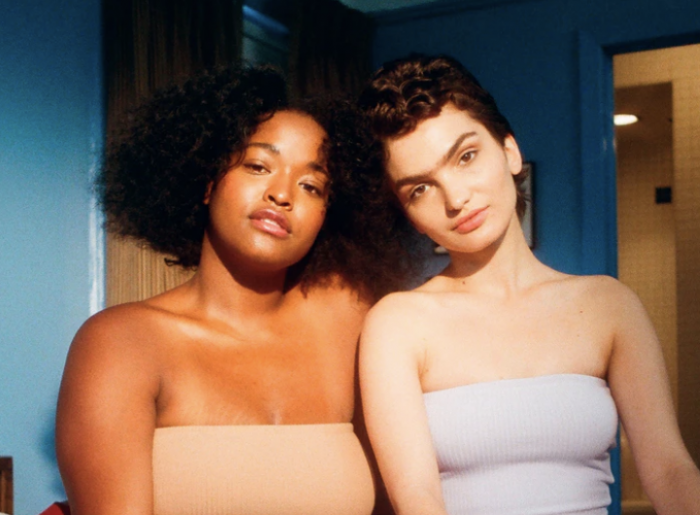 In January 2017, while I was covering the inaugural protests and the Women’s March in Washington, D.C. for a small Black newspaper, I ran into three women I’d known in my Navy-wife days, decades earlier.

White, liberal, and decidedly feminist, they embraced me like a long-lost friend.

We met for dinner and spent hours catching up about our kids, railing about Trump, and predicting the future of America. I wasn’t soul-sick yet about the election; I was still in fight mode, still resolutely optimistic. I’d been one of few Black women at the March, and I’d been processing that all day too, thinking of the story I needed to file.

Then one of the women clarified my angle for me in an instant. “We couldn’t get any of the Black women in town to show up,” she said, somewhat exasperated. “I mean, the patriarchy oppresses us all. We need to be united now more than ever!”

In White feminism, unity too often means to deal with White women’s priorities first, to bring some color to the photo op, but be silent when it’s time to make policy.

I wondered how many Black women in their city were fighting to get their kids a decent education in neglected schools; how many had been purged from the voter rolls in “clerical” errors; how many were role-playing police interactions with their teenage sons; how many were being passed over for promotion, overpaying for insurance or going without.

I wondered who showed up for them.

As a Black woman, feminism has always been a treacherous road for me. A shiny boulevard with signs pointing in what seems to be the right direction—equality—but studded with huge potholes and blind alleys.

White feminists use the narrative of the civil rights movement to push for equal opportunity for women, and then proceed to a false equivalence: that the discrimination they’ve faced is equal in scope and depth as centuries of brutal, systemic racial oppression—oppression they continue to perpetuate and benefit from.

As Kim McLarin points out in Womanish, “White women sit at the right hand of power, leaning in, not down…Yet rarely do White feminists take up the greater cause of Black female inequity.”

Black women have a vastly different experience with “friendship” and “community.” Historically, we have been forcibly segregated in housing, jobs, education, and social outlets. Segregation (and slavery before that) forced us to rely on each other, to trust each other, to quickly forgive each other when boundaries were crossed. We had no choice—sticking together was a matter of survival.

White women, on the other hand, have generally been able to choose (and abandon) their associations based on shared interests, common goals, or general attraction. They have been free to approach friendships with far less angst—and far less need for self-protection.

The term “sisterhood” for White women was invented in 1968 as a call to action, a rallying cry for women’s liberation. But for Black women, the sisterhood existed long before it needed a name. It has been our strength, our resilience, our power since long before liberation was possible.

Segregation laws may have been struck down, and our workplaces and coffeehouses may be more diverse than before, but when it comes to socializing—to forming friendships—we still live separate lives.

In Hanging Out: The Psychology of Socializing, Dr. Valerie Hill and Dr. Tennille Allen note that even when people forge friendships across class and racial lines, those relationships tend to have lower levels of engagement than others. “Whites are least likely to have a friend of another race. Data show that when it comes to intimates, 75% of Whites have no racial or ethnic diversity in their networks, as is true for 65% of African Americans, and 46% of Latinx people.”

Authentic friendship requires the removal of our social masks, the willingness to be vulnerable, and the commitment to safeguard the vulnerability of the other. But in any interracial friendship, a Black woman is profoundly aware of her greater risk. Moreover, she has spent a lifetime on guard, keeping herself as safe as possible from potential acts of White aggression. Letting that guard down doesn’t happen easily or quickly.

Author Tennille Allen chairs the Sociology Department and directs the African-American and Ethnic and Cultural Studies programs at Lewis University. She says, “I wouldn’t say that I have had what I would call true friendships with very many White women. I have learned in my research that friendly relationships exist along a continuum, and that most of the ones I’ve had with White women would not rise to the level of friendship. In professional settings, the energy and costs of friendships have not been worth the emotional investment or professional risk.”

We have numerous issues we can organize around, but can we build an authentic relationship based on aspiration and idealism?

At the request of a White friend, I attended a book club discussion last year—a reading of Ijeoma Oluo’s So You Want to Talk About Race. I was the only Black person in a roomful of progressive White women. By the end of the program, I was visualizing myself as a goalie in a championship hockey game, deflecting microaggressions and fending off their confessions of racist family members.

I would, weeks later, march with these same women protesting the treatment of immigrants, and hold their hands during gun violence vigils. We have numerous issues we can organize around, but can we build an authentic relationship based on aspiration and idealism?

Another of my White friends—a kind and thoughtful woman—checks with me before she emails her Black clients. She wants to make sure she’s not inadvertently saying anything offensive. My job is to translate Black to White and White to Black, to reassure her that she’s not racist.

“I do more translating than the Gawdamn U.N.” Kate Rushin says in The Bridge Poem, and every Black woman in America knows how she feels.

Sa’iyda Shabazz writes, “White people, especially White women, like to fall over themselves to prove how not racist they are; it has almost become a competition about who can be more ‘woke.’ But here’s the thing, it’s not a competition. And going out of your way to prove that you’re an ally is the prime example of White feminism.”

All that “wokeness” can be exhausting in and of itself. A Black friend recounts a friendship with a conservative White woman that was far easier to manage, if far less deep. “I liked her; we rarely spoke about race and were able to just connect. We talked about our careers, families, and everyday frustrations…it was good. Then came the presidential election of 2016. Our friendship has definitely cooled. But…unlike a friend break up with a Black woman long ago that was devastating, I don’t feel much loss.”

In Washington, D.C., I listened to my “friends” for a bit longer and then went back to my hotel to write my story. I could have given them a quick history lesson; I could have pointed out the privilege in their statements, could have connected the dots for them, could have translated Black Feminism yet one more time. But this time I stayed on my side of the bridge.

True friendship, like true love, requires trust and equal value. It cannot flourish in wariness or suspicion. Friendship comes after justice, not before. And there can be no love between us, no matter how sincere or well-intentioned, until there is equality between us. 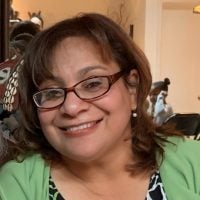 Kay Bolden is a writer, tree hugger, and fledgling sailor. She has solo-hiked the Camino de Santiago, the Great Glen Way, and parts of the Oregon Coast Trail. Now at 60, she&#… Read full bio

Equality does not Mean we are the Same. I asked women: “At what age were you first sexualized or abused?” This is Our Story.
See relevant Elephant Video