How Life in the Philippines Changed me for the Better. 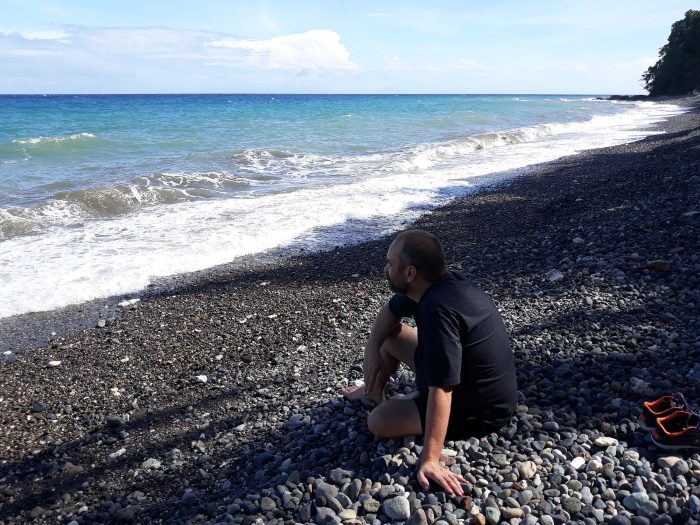 Eight years ago, I came to the Philippines looking for something.

I boarded a plane in Tucson, Arizona, and traveled all this way for a woman I loved, but also hoped changing my address would somehow change the course of my life. In some ways, the Philippines did just that, in others, it was a catalyst that forged something new within me.

Terrible things have happened since I’ve been here. I attempted suicide and almost died. You wouldn’t think I could find anything good about that experience, but I credit it as the decisive reason my life changed for the better.

The reason it happened was that the first few years after I moved here, I tried to continue living like I always had my whole life. This place was doing its best to work its magic on me, but I wouldn’t let it affect me in a good way.

I remember going in and out of consciousness, lying on my back in the emergency room. The doctors put a tube in my nose, and they fed charcoal into my stomach. I was in excruciating pain, but still remember crying tears of joy because I was alive. I started thinking about all the things I had been taking for granted. I was in a beautiful place with people who loved me. I was away from the stressful environment that was normal in the States. I had everything I needed to make a change.

I just needed to do it.

When I left the States, I was hoping for a change, because my life had become more than I could bear. Life in America was lonely, stressful, thankless, expensive, unhealthy, and a constant slog of dealing with rude and racist people. I spent 43 years in different places throughout the country, and as the years passed, I could find no joy in living in the States anymore.

I gave myself permission to leave and find a place where I could live and thrive. That place was the Philippines.

So, what’s so great about the Philippines?

I can’t say living here is without its problems, because I don’t think there is a perfect place to live anywhere in the world. There are things I curse every day and there are things I hate or wish would change. Some things I ignore because the good I experience far outweighs the bad. Other things I tolerate, hoping they will get better with time.

But there is so much good here, like the people, the environment, and the food and culture.

I am amazed by the strength and resilience of the Filipino people. The Philippines is a more impoverished country. Many people live on little every day. They work their fingers to the bone to provide for their family.

As I drive around my city, I see armies of older men and women driving pedicabs for a few pesos a ride. They don’t have the luxury of retirement. They and their families have to eat, so they wake up before the sun rises and pedal people around the city until the sun goes down (sometimes later).

These heroes don’t complain about it. They do what needs doing.

You know what I notice about all these men and women who work so damn hard? They look happy!

Maybe the only thanks they get is a bamboo chair in front of the Sari-Sari store where they drink a Red Horse and smoke a few cigarettes.

They live for the simple things and, in a way, I have adopted the same attitude.

Where I used to worry about every little thing, I now smile and know it will all work out. I’ve found no problem that can’t be solved with time and hard work, so I don’t worry about it. I’m not carefree yet, but I’m getting there thanks to the example of the people I see every day.

To say the Philippines is a beautiful place would be an understatement. I’m amazed by the beauty I get to see every day.

But this is also a place of contrasts.

With the beauty comes trash and pollution. It’s getting better everywhere I look, but there is still a problem because there are so many people concentrated in such a small area. It saddens me to see, but I know this is a problem all over the world as well.

This place has a healing quality to it. The pace of life is slower, and we pay more attention to the here and now. People have gratitude for what they have. They know they live in a beautiful place and they are proud.

Though I do have stresses in life, I’ve learned to take a look around at what’s right in front of me and be grateful for it.

I’ve been in love with the food since the first time I tried Adobo. My Mamang (mother-in-law) always makes sure I’m never hungry, and most of the time, she says I don’t eat enough (even though I am at least 240 pounds). With Christmas coming up, I can look forward to her preparing my favorite dishes. I found out yesterday that we are having Mango Float for dessert, and I can hardly contain my excitement.

The beer here is terrific as well. I’ve always liked beer, but it wasn’t until I had my first Red Horse that I honestly could say I was in love with it. I’ve picked up another habit that most of my friends around the world would call strange though—I like to drink my beer with ice because of the heat here, the colder, the better!

The culture is a fascinating combination of the Catholic faith and traditional Filipino elements. I am not fluent in the local dialect, but I know enough to appreciate what’s going on around me.

The atmosphere on most days is much like a festival. Everywhere you go, there are open-air markets where you can buy anything you can think of to eat or drink. People stay late into the night, drinking, eating, and singing karaoke.

It is wonderful here!

I could go on for days talking about the good things in the Philippines. This place has become my home, and everyone accepts me. I never feel out of place for being a big, white, ugly American. I’ve never once experienced racism here, even though some are rightly upset that many foreign men and women come to their country and act like privileged idiots.

The ones who know me know that I am easygoing and accept things as they are without being a jerk and trying change everything to what I’m more comfortable with.

This place isn’t for everyone. If you talked to someone else, they might give you a different story. But for me, this place has been the best choice I’ve ever made. I plan to be here for a long time, and I thank this country and the people in it for showing me how good my life can be.

The Philippines has truly changed me for the better. 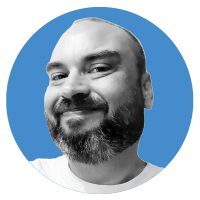 Writing from what I know and have lived. I love the personal essay and like to share my life in a self-deprecating way that makes me unique and fun in a pleasant way. Keep an … Read full bio

My first day in Costa Rica, ever, at the age of 44. The Art of Doing Absolutely Nothing. Why We Travel: Lessons Learned Away From Home. 12 Tips for Mindful Travel. How Traveling can be a Practice in Presence, Mindfulness & Joy.
See relevant Elephant Video