Whoever said “you have to feel it to heal it” wasn’t Joking.

When we are left stunned, lifeless, and an empty shell, how do we move on?

How do we get back to being able to feel when something so monumental and life altering happens—one that leaves us standing there in shock? When it feels like something or someone has reached down our throat and pulled every bit of our insides up and out.

One of my earliest memories of one of these blindsided, life-altering moments was when I was 12 years old. I was told I could no longer live at home with my parents and siblings. I couldn’t believe my ears. I was stunned. I held my breath as I tried desperately to make sense of what I was hearing. I never said a word. I never asked why. I just accepted my fate. That frozen moment felt like an eternity and the next 30-plus years were a blur.

I numbed out and went completely into survival mode. I put my head down in the style of a ram and began to plunge through life. My thoughts were primarily on basic needs. Where will I live? How will I eat? How will I be able to continue school? Beyond that, pretty much nothing else.

I felt like I was connected but I wasn’t, at least not in the way that truly mattered. I was keenly aware and controlled every moment of my life. I went completely into “get it done” mode. That was it. I was connected to my life, not myself. I turned into a classic overachiever, conquering one thing and moving directly onto the next big challenge. I never felt satisfied.

I completely dissociated from my feelings and never cried. Not understanding how to process, those feelings turned into stuck energy. Stuck energy is no joke. Mine ended up coming out in the form of painful bleeding ulcers.

For years, this choice that had been made for me made me feel as if I didn’t really matter. And that was the story I held onto for years to come. The truth is that it actually saved me. My life was blessed in so many ways as a result of that decision.

By the time I was in my 40s, I had a beautiful, loving wife, a nice house, lived in a great city, had nice cars, a successful career, and three wonderful rescue dogs. I had carefully planned, executed, and controlled every facet of my life. Every. Single. Detail. From the outside, my life looked perfect.

Then one day, life delivered another crushing blow.

As I was living my drone-like existence going through the motions, my little beagle named Cooper, who felt like a soulmate, became very ill. No vet could diagnose him. His illness was a mystery even to the specialists.

That was the beginning of my breakdown that led to my breakthrough.

Desperate to save his life, I was willing to try and/or do anything. Someone had suggested I learn reiki (energy healing) as an addition to traditional veterinary care.

Cooper being a rescue, didn’t trust many people. I was his person, so I knew I had to be the one to get the formal energy healing training if it were to benefit him.

Cooper had his first major exploratory surgery the same day as my second level of reiki training. The surgeon had found a section of his intestines was dead. They removed it and sent out for testing. We were all optimistic that the results would give us some answers. But every test came back negative. The mystery continued.

Somehow, I felt okay with the not knowing because I thought whatever it was was out and gone. His healing went well, and he seemed back to normal in a short time.

At the six month marker after his surgery, his health rapidly declined once again. We took him to the best veterinary hospital possible. It was where they taught veterinary medicine and had the best doctors and surgeons available.

Cooper had emergency surgery shortly after our arrival at the hospital. They found his little body to be filled with a rare type of cancer that remains undetectable until it’s too late to treat.

After the devastating news, and a week of many heroics, we had run out of options to save him. I made the hardest decision of my life. I agreed it was time to let him go. As I held his frail little body in my arms while he laid on my lap, we said our goodbyes. I waited until he was gone before I fell apart.

Cooper’s illness and reiki were catalysts to my spiritual awakening. They both changed the course of my life. From the moment I got home after he was gone, my life began to completely fall apart.

Everything I was holding back came rushing to the surface. I could suppress nothing—suddenly I felt everything. I could no longer control or make sense of anything, all I could do was cry. All the years of suppressed emotions broke down the dam and the flood began.

After many days of my being in this state, I mustered up the courage to seek the assistance I needed, and slowly pieced myself back together. Only this time I emerged a different person.

So, if you find yourself at a life-altering crossroad like a relationship ending, the loss of a job, a loved one dying, or any of life’s doozies, here are 11 things that surfaced during my awakening that helped me move through the challenges:

1. Assess the damages. Be sure in the midst of the shock and awe that you don’t need a trip to the hospital. Seriously.

2. Get help. Many times others can see things we cannot, especially when we’re stuck in the muck.

3. Stay connected to yourself. You are the one left standing, so stay with yourself.

4. Trust that you are enough. If you don’t believe that yet, and no one is validating it for you, seek the evidence yourself. The proof will show up. Don’t stop until you find it.

5. Identify the feeling or emotion associated with the incident and name it. Whether it’s feeling lost, alone, afraid, a victim, angry, despair, misunderstood, or panic. Once we name it, we have a better chance of knowing what to do with it.

6. Know that it’s okay to feel whatever it is that shows up. No judgment on yourself here. Remember you still have you, so take care of numero uno.

7. Allow feelings and emotions to run their course. They will ebb and flow like waves of the ocean during a storm that comes crashing onto the shore, then recedes again.

8. If you want to scream, find a pillow and scream. If it renders you speechless, spend time in silence to contemplate, just be sure that you eventually allow the feelings to move. Stuck energy can be more damaging than the event itself.

9. If you feel like crying, open the flood gates. Many emotions come out in the form of tears—anger, sorrow, frustration. Tears could be a gentle stream down the cheeks or being in the fetal position pouring out onto the shower floor or sobbing in child’s pose, forehead to earth out in nature. Any form is helpful and healing. Water is a healing elixir, whether it comes in the form of tears, sweat, or the ocean. It is nature’s miracle and life force itself. Marinate in it and/or let it flow.

10. Be cautious not to stake blame or fall into victimhood. Both are slippery slopes into an abyss that is crazy hard to climb out of. Both are denial of truth by way of putting blinders on. They are also sneaky ways we can cheat ourselves out of true ownership of our feelings and miss a tremendous growth opportunity.

11. During the period of transition, stay connected to yourself. Allow yourself to feel. Be kind and gentle with yourself. This too shall pass.

Stay on course and before you know it, life can become a vibrant Technicolor experience. 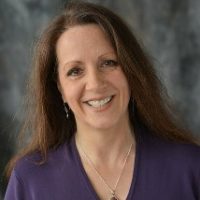