Shaming will Never Change the World: Reflections on Vegan Activism. 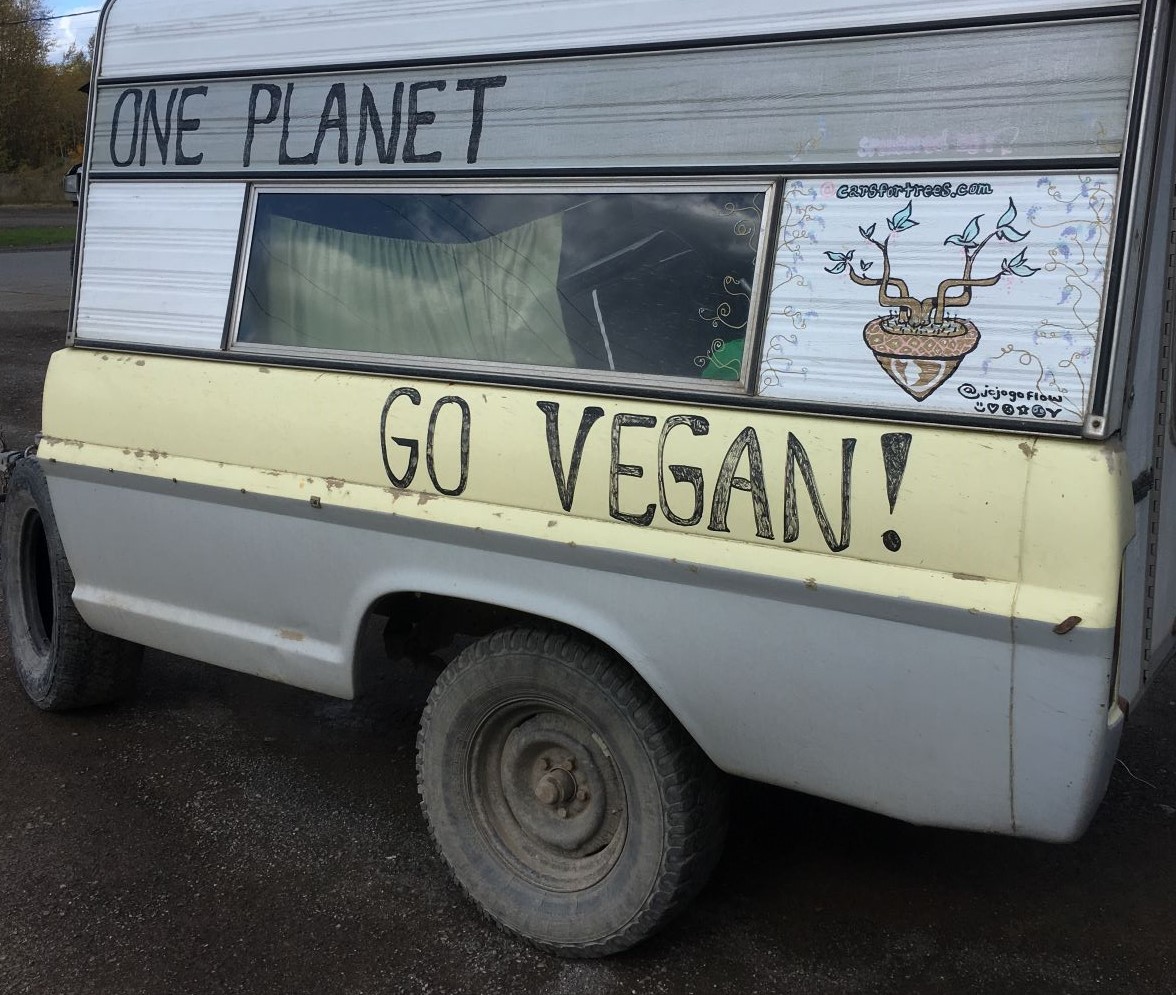 At least we caught the problem before blowing up the engine.

On the other hand, it was still a drag to sit for two hours and wave irritated drivers around us at the service station.

Gasoline in a diesel pickup is a bad idea. Use the green nozzle, not the black one, folks. Trust me.

The tow truck took us to a garage, where I noticed a trailer made from an old truck box and camper shell. It had a boldly drawn slogan on the side: “One Planet—Go Vegan.” In the garage waiting area, I saw a man with a multicolored cap and a tremendous auburn beard. He held an untouched cup of dubious coffee in one hand and thumbed furiously at a beat-up smartphone in the other. When he turned, I could see that his shirt read: “My only regret about going VEGAN is not doing it sooner.”

The vegan in question, Minda, was a Lithuanian-Israeli who had emigrated to Costa Rica. He and his girlfriend had always wanted to see the Yukon and had spent the summer there picking mushrooms and berries. They had run into their own engine trouble on the way home.

He was surprised to hear that I too was vegan. It was obvious to him that our communities were built around two main industries: turning trees into two-by-fours and grass into ground beef.

I explained that for 11 years, my wife and I had operated a nonprofit society that helps families meet the needs of their pets. We work to improve levels of care and reduce suffering—not just of the animals but the collateral suffering of families and the community. We did not fully connect the ethical dots until about five years ago. We finally questioned how we could help dogs and cats while contributing to the suffering of other animals. As I explained to Minda, I would never eat my beloved dogs, how could I justify eating a pig?

Minda had been vegan for about a decade. What clinched it for him was a video by Gary Yourofsky. I had never heard of Yourofsky, who Minda described as a “Persona non grata in Canada.” Yourofsky had participated in a massive release of mink from a Canadian fur farm. While this level of activism obviously resonated with Minda, his own vibe was simply, “Hey, I’m vegan! Ask and I’ll tell you more.”

The time passed quickly, and soon our truck was ready. Minda gave me a hearty handshake and a big-bearded smile as we went on our way.

The conversation sat with me. I had been feeling unsettled for some time. I was feeling out of place and frustrated, isolated and easily angered. If there was any argument between my wife and I, it was about our animal welfare work. It was wearing us down. It was also increasingly difficult to accept living in and around the unquestioned production and consumption of animal products. It did not feel satisfactory to be quiet, do our thing, and hope that osmotic learning might kick in for those around us.

When I got home, I searched for Gary Yourofsky’s “Best Speech You Will Ever Hear,” the video that inspired Minda. It is a fiercely compact lesson in animal ethics, health, and the environmental impacts of agriculture. You can find it readily if you wish to check it out.

There was little I disagreed with in the factual content. The hidden camera videos he presented were disturbing but not surprising. When the video was over, I cried. I cried because I knew that this sort of cruelty and suffering was actively occurring on a global scale in that precise moment.

Yourofsky’s carefully crafted speech was intended to facilitate a quick end to animal exploitation. However, his approach had serious flaws that undermined his intent.

Shock only works on those it does not shut down. The vast majority of people would simply shut down or mentally block his messages. More importantly, there were insidious elements of shaming in the speech. (Elephant Journal has enough Brené Brown enthusiasts to fill several libraries with shame-related commentary, so I won’t belabor the point.)

When it comes to any issue, you have to choose your position on the activist spectrum. You may choose to make quiet changes in your own life, and be content in knowing you are still contributing in some measure to the cause. You may try to reach more people and throw yourself open to ridicule or criticism but invite dialogue, Minda-style. You could even go out to the further reaches like Gary Yourofsky, beyond the legal realm in a high profile, take-no-prisoners approach to the issues—an approach that will create long-term change in a few people but resistance and alienation from many.

When the house is on fire, the constant refrain of the moment, you can be forgiven for feeling impatient. For both my wife and me, wanting to do more and say more is part of reclaiming our authenticity. But as we work to find our place in the activist spectrum, we need to balance the sense of urgency with respect for other people and their pace of change. This can be tough, even when we acknowledge that it took us six years to see that our values and actions were out of alignment and do something about it.

We also have to work on succession. Eventually, every passionate person has to reckon with the time they can no longer put their shoulder to the boulder on the long push up the hill. When Yourofsky closed his social media accounts due to burnout, he wrote:

“Just keep opening the eyes of as many people as you can for as long as you can so one day you, too, can say, ‘Tag, you’re it’ to a bunch of people you’ve influenced.”

He left a prominent position in the debate to continue working with students on animal rights projects and individuals starting their vegan journey.

This is a good reminder to all of us. When we feel a need to step back from causes we are passionate about, we don’t have to fully step away. We can still find a role with meaning and purpose, one that is authentic but doesn’t destroy us in the process. 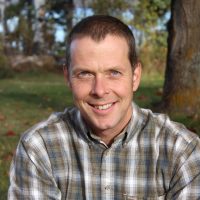