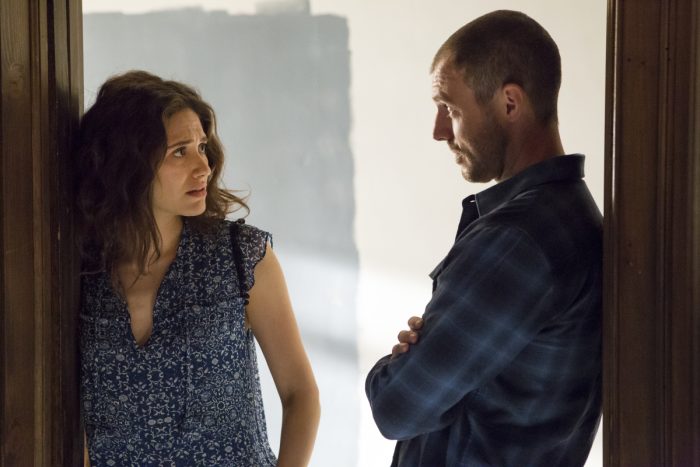 Have you ever caught yourself “listening” to someone and wishing they would just get to the point because you have something really important to say?

Or maybe you’ve felt other people just barely managing to sit on the edge of their seat while you finish up your thought and then rushing in with whatever idea has been swirling around in their mind?

When we do this, it doesn’t (necessarily) mean we’re bad people—after all, we have a lot on our minds and we’re terrified we’re not going to get a chance to express it—but it does mean we’re bad listeners, and by extension, bad partners, parents, or friends.

There is generally a lack of awareness around this behavior. People are accustomed to not listening and not being heard, and run willy nilly all over each other as a force of habit.

That is why the first time you meet with a therapist it can be profoundly unnerving. Here is a person who is (ideally) comfortable sitting in silence while you formulate your next sentence rather than jumping in to fill the space with their own words. Once we wrap our head around the fact that this person is actually going to absorb what we have to say and not smother us with their thoughts and feelings, a deep shift in consciousness occurs. There is suddenly room to think, to feel, and we don’t have to fight for it. This can be pretty intimidating in its own right, as all sorts of ideas and experiences that have never had a chance to emerge begin pushing one another to get to the surface all at once, but we soon discover it’s well worth the momentary discomfort.

One of the most powerful ways to distinguish ourselves as compassionate people is working to undo this knee-jerk style of interaction in ourselves.

Fortunately, it isn’t hard—though it does take practice and intention—and there are some concrete techniques we can use to do it.

The following ideas come straight to you from the therapist’s handbook, meaning most mental health professionals employ them. It’s not hard to figure out why: when enacted with an authentic wish to be present, to offer love and caring, and to set our own egos aside, they are essentially fool proof.

Underneath every important conversation, and even most ordinary ones, are a sea of emotions. We are accustomed to focusing on the words that people are saying, but we get a lot more information and forge deeper connections when we “ignore the words” as Doug Noll author of the excellent book De-Escalate: Calm an Angry Person in 90 Seconds or Less suggests. Instead, he says, we should identify the emotion and articulate it plainly.

For example, your partner is upset because you had to leave vacation early for work, and accuses you of not paying enough attention to her. Instead of becoming defensive try saying, “you sound lonely.” Your partner, if you’ve named her emotion accurately, will instantly relax and feel more aligned with you. If you guess the wrong emotion, just try another one until you see what clicks. Once your partner feels heard both of you will be able to communicate better.

For more on this technique see my article, “The 90-Second Way to Neutralize “Lizard Brain” Toxic Interactions.”

I love paraphrasing because it helps me to really focus on what’s been said and check whether I’ve heard it correctly. All we have to do is wait patiently for someone to finish their thought—as indicated by a pause in their speaking—and say, “What I think you’re saying is…” and then, to the best of your ability, reflect back their idea without adding anything else to it.

When you’re done say, “Does that sound right?” If the other person seems to feel you weren’t accurate allow them to correct you, and then repeat the process until you both sense you have a handle on what’s being discussed. Try not to get frustrated with being corrected; even if you’re wrong, the fact that you are trying to understand will keep things on track.

3. Forget about having an agenda

Lots of times, we go into a conversation with an agenda. When we do this, we are automatically not listening to anyone else’s point of view. While there are times when having an agenda is appropriate, if your goal is to be a good listener, it never is. In yoga we call this “aparigraha” or the principle of non-attachment. The less we try to make a a conversation bend to our idea of what we think should be, the more possibility it has to be dynamic, connective, and healing for both people. Even if it ends in a disagreement, the relinquishment of the idea that we have to be “right” or prove our point allows space for that. Let yourself detach from the outcome of a conversation and see what happens.

4. Do not focus on your own experiences

How many times have we tried to talk about something painful like a chronic illness, death, or family issues, and the person to whom we are talking jumps straight to comparing it with their own experiences? Sometimes people do this because they are uncomfortable and don’t know what to say, other times it is because they are actually being narcissistic, but whatever the reason it usually ends with the person who was trying to share feeling shut down and disconnected. It’s okay to reflect on your own experiences as someone else shares theirs, or even to offer a brief “I’ve been there. I get it,” but make sure the focus stays where it should.

As I said earlier, sitting in silence is not something most people naturally do. It can leave us feeling nervous, vulnerable, and at loose ends. But, not surprisingly, practicing this skill is the number one way to become a better listener. The fact is, when we don’t throw down a bunch of our own words, we make room for somebody else’s. Offering simple encouraging gestures like a subtle nod, or an “mm hm” is a great way to let people know you’re still there, but are happy to wait while they do their thing. In my opinion, using this skill competently is the mark of someone who is both self confident and emotionally intelligent—as long as it’s done with the aforementioned lack of agenda.

Often, we are so concerned with what everyone is thinking about us we entirely forget to consider what we think of them. But, once we take the focus off ourselves and get interested in something else, we have less mental real estate to devote to paranoid self consciousness or anxiety. It isn’t so hard to take a breath and let ourselves absorb things like someone else’s body language, their tone of voice, whether they seem themselves or if they’re out of sorts, if they appear tired or energetic, and anything else that you perceive. It is important, however, to employ this kind of observation without judgment and with kindness, and to use what you see to further your level of connection with the person whom you are observing. To do otherwise is an abuse of power.

Lots of times, we think we need to offer someone who comes to us in distress a solution. Instead of truly listening to what they are saying, we engage half of our brain trying to imagine what we should advise them to do. It is so much easier and more effective if we simply ask. Even if the person to whom you are speaking doesn’t know the answer, the fact that we asked gets them thinking about it, and also shows them that we are on deck, and open to whatever it is they might need. Only if someone asks us, “What should I do?” should we offer our thoughts, and even then, it’s usually more productive to say, “What do you think would be best?”

These styles of interaction are not commonplace, and they may feel awkward as you begin to experiment with them. Expect to make mistakes and fumble around a little as you learn, and don’t worry about it! Even when that happens, those around can sense our good intentions and tend to respond accordingly.

The nice thing about taking this on is that we become a role model for others to communicate better as well. Every time we choose to be a good listener, we are elevating ourselves and bringing positive energy into the world.

At the end of the day—much more than “right fighting” or waiting for just the right moment to insert our own ideas into the conversation—this is what will give us a sense of our own power. For it is the ability to be mindful and attentive, and to avoid the traps compulsion, narcissism, and judgmental thinking that define a strong character.

The Art of Successful, Mindful Communication: 8 Tips. The 9 Things your Therapist wants you to Know.
See relevant Elephant Video