Rage is Scary, Primal, Shameful—& that’s why it Needs to be Heard. 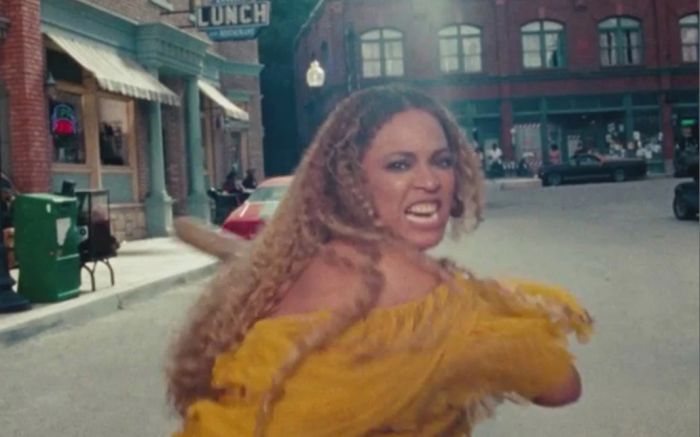 “Rage—whether in reaction to social injustice, or to our leaders’ insanity, or to those who threaten or harm us—is a powerful energy that, with diligent practice, can be transformed into fierce compassion.” ~ Bonnie Myotai Treace

Rage is not easily glamorized or romanticized.

There is nothing sexy about that deep-rooted, ancient kind of anger.

In the digital world of Instagram, with its gorgeous memes and thoughtful anecdotes about self-care, boundaries, self-love, forgiveness, saying “no” to toxicity, and “leveling up”—the kind I love to curl up with at the end of a long day, gobbling the words up and knowing I am “meant to see them”—rage is the snarling orc among peaceful, wise elves.

And for this reason, there are no words or pretty pictures about it.

Rage is anything but welcoming and warm; and to be perfectly honest, this isn’t an easy piece for me to write. My rage has the personality of a hostile grizzly bear who feels her space invaded with only a glance—it wonders why the hell I am even here writing about it.

Rage is scary. Primal. Shameful. It takes up a lot of space. It’s loud and begs to be heard.

Which is exactly why I want colorful memes about it. I want to hear more folks speak candidly about their triggers and how they bravely confront them. Or, how they don’t confront them and instead allow themselves to be swallowed up by such deep feelings of despair, but are aware and conscious of it.

I want messages that normalize feelings of deep distress, especially when they disturb sleep. I need reminders that despite my rage, which at times feels unshakable, I am a loving, capable, powerful person.

My own rage comes from a place of feeling unseen, being lied to by others so they can save face, and having others project their own pain and insecurities onto me, using me as a dumping ground for the sh*t they cannot process themselves. My rage tends to manifest in relationship to other people and shows me where I withhold love from others and myself, where I am resistant to being open and receiving.

My rage draws a line and closes the door.

Some of my rage is inherited, part and parcel of my DNA, originally created by someone else’s trauma or betrayal, never to have seen the light of day, and so now it is a piece of my own cellular makeup. This kind of rage is radically deep and takes a lot of love and attention to figure out and hold.

Rage, at its root, is intimately tied to unexpressed grief, a deep sadness in losing something, or shame in feeling abandoned and disconnected.

In future memes about rage, let’s invite rage itself to come drink tea. To open our doors and welcome it in like an old friend. To ask it to share its war stories with us. To really listen to them. To empathize. To give our rage space and time to grieve. To be a friend.

Because I believe that rage has just as much wisdom and profundity to offer us as love, bravery, and vulnerability do. And in fact, I would argue, belongs in the same circle as these three words, not separate.

It takes a lot of love and trust in ourselves to confront our rage, to ask it where it comes from, where it lives, and what it needs. Likewise, we must be brave enough to enter this terrain, trusting that our rage is not an entity separate from us that wants to hurt, but rather a part of us and signal of an area ready to be healed, integrated. Finally, confronting rage requires vulnerability as we enter uncharted territory that is likely frightening, shameful, and/or extremely sad.

It’s not an easy feat, letting rage in to, well, rage, and do its thing. And let’s be real, sometimes rage doesn’t want to sit down and have tea with us. While I am hardly a rage expert, I can offer, as one who has chosen to rumble with my own rage, a few insights here:

First of all, rage loves movement and anything physical. I have often been told to punch or scream into a pillow to release rage. Hit a punching bag. Turn up the metal and scream it out. While I think these are perfectly honorable things to do to when rage raises its voice (and better than stuffing it back down into the depths of our tender heart for sure), I don’t find they particularly work for me. They offer an outlet for this intense, overwhelming emotion, yes; but I don’t find they make a proper space for rage, at its heart, to be authentically heard.

Personally, I like to run with it, inviting rage into the intensity of the repetitive movement and listen to what comes up. I also dance with it, giving rage space to move through me the way it needs to. Turn up some Lizzo and let it rip(pple) through the body. Pain and suffering often live inside our bodies and stories aren’t always told with words. Rage may also not particularly care for tea.

Second, our only job here is to listen. We don’t need to analyze, understand, or even try to change it. We only need to make space and allow for rage’s movement, hold it bravely and listen to it tenderly, as we would a small child. If we listen closely enough, we may even hear a whisper from our genetic lineage, a remote story nestled in the spirals of family DNA, passed from generation to generation, making its presence known in ways that are confusing and saddening, but ultimately offering clarity when the right person chooses to listen—really listen.

Rage is not a pathology. It is a story, usually one of great pain and grief, that aches to be heard. When we choose to listen to this story, in whatever form we choose, the roots of our rage may be soothed. Flowers of compassion may bloom. Spaciousness organically occurs.

When we’re brave enough to listen to the story of rage—on Instagram and in our own hearts—to really hear it exactly as it is, rage itself is transformed. We are transformed—fiery molten, untouchable lava cools into rock. The rock may be sharp and porous at first, but with the softening powers of salt water waves, it softens and smooths. And in this way, we don’t need to hide our rage, or even “purge” it, but instead allow it. Allow our voice to be heard, our pain to be felt, and our tears to be cried.

And so here is the call—a call for a new wave of rage memes:

Memes that suggest that at the heart of my rage is a promise of healing and hope.

Memes that shine light on the idea that rage doesn’t make me ugly and unlovable, but merely human.

Memes that remind me that on the flip-side of rage is a wave of passion and means I care deeply about something.

Memes that invite me to move my rage, rippling it through my flesh, and calling it out of my cells and bones.

Memes that show me how my rage is a direct line to my ancestors, helping me to better understand their suffering, and therefore my own.

Memes that offer wisdom about how rage is ultimately an opportunity for compassion, as an extreme emotion that we all feel despite our varied triggers.

Memes that remind me that like everything else, the people and situations that trigger my rage are simply made up of stardust—ancient and wise with a story to tell. 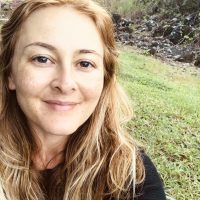 Why Anger is Good for You—3 Types of Anger. 5 Buddhist Quotes in Response to Anger.
See relevant Elephant Video