The Dirty Truth behind Kissing: A Story of Bacteria & Attraction. 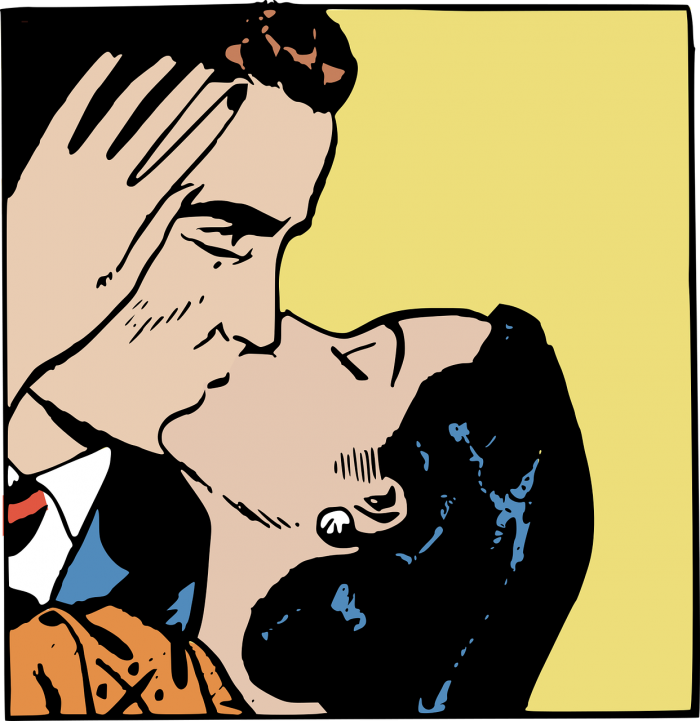 Kissing is hands down one of my favorite pastimes.

It’s that moment when we open up the initial stream of connection, melting into the other person and feeling out whether we want to explore further—or whether we’d rather not.

There are so many different styles of kissing, from a protective peck on the forehead, to a fully blown French-style, tongue-sucking exploration of each other’s mouths.

For most people, the act of kissing sets about a host of chemical reactions in the body that serve to physically gear us up for sex. The giving and receiving of each other’s tongues and saliva, for example, mimics the exchange of sexual fluids that may follow as a result from kissing.

But, strip away the sexual chemistry that allows us to enjoy this oral activity, and it is actually a pretty disgusting practice.

We are, in fact, exchanging bacteria from the sticky film of plaque on our teeth (which can contain up to 50 million bacteria on a single tooth). There is also our saliva, the bacteria that lines the tongue and even mucus. This “germ party” in the mouth hosts about six billion bacterial guests.

And that’s not even taking into account anyone with poor oral hygiene practices that may have remnants of decaying food stuck between their teeth. Yuck.

Why would we enjoy such a thing? The answers could lie in science.

It is widely considered by the scientific community that our chances of creating the strongest offspring are likely to result from combining our genes with a person who has a different make-up in immunity from our own. With more diversity of disease-fighting cells in the mix, any potential children produced would have a better chance of survival.

What better way to get a reading of a person’s immunity than to sample the bacteria in their mouth as a starting point? Of course, we don’t consciously know which bacteria we need to complement our own, but the smart and sophisticated processes of our bodies do.

Most of us have experienced the pull of a seemingly magical, heart fluttering kiss with a certain person. We’ve probably also had some disappointing encounters, which have left us feeling repelled by that person.

Even the most aesthetically pleasing of partners can give us the most disappointing experience while kissing. This suggests that there is something much deeper at play that affects our experience. Could it really be all about our bacteria balance?

“It seems a pretty risky business, exchanging saliva and germs for the sake of making a connection, especially given that mouth-to-mouth kissing and the touching of tongues is almost exclusively carried out between non-relatives who could be suffering from who-knows-what. But perhaps that’s exactly the point. It’s a good idea to find out what bugs the potential father of your offspring might be carrying before you make yourself, and your children-to-be, even more vulnerable to those bugs. Not only that, but kissing gives you another, more in-depth sample of one another’s microbiotas. And with that comes a taste of each other’s underlying genes and immune capabilities.” ~ Collen. A (2016) 10% Human (pp. 102)

The notion of kissing is a little less romantic when we look at it this way, suggesting that we are more wired to our primal needs than we’d care to believe.

An interesting study conducted in 1995 by Claus Wedekind also suggests that our attraction goes much deeper than what we see on the outside. In the so called “Sweaty T-shirt study” a group of women were asked to smell T-shirts worn by men for two nights (with the absence of deodorant or aftershave). The study found that the majority of the women rated the most sexually attractive smells to the T-shirts of the men who had the most dissimilar immunity from their own.

“It has been suggested that MHC [major histocompatibility complex] plays a role in the selection of potential mates, via olfaction. MHC genes make molecules that enable the immune system to recognise invaders; generally, the more diverse the MHC genes of the parents, the stronger the immune system of the offspring.” ~ Claus Wedekind

There are many facets to attraction, and as an evolved species, we read into each other on many levels and exchanges of energy to analyze whether we match with another person or not.

So, however the vibe feels, maybe attraction isn’t all that complicated after all. Perhaps, it mostly boils down to science and our microbiome. 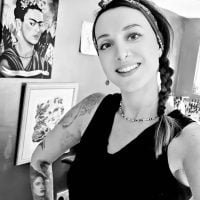