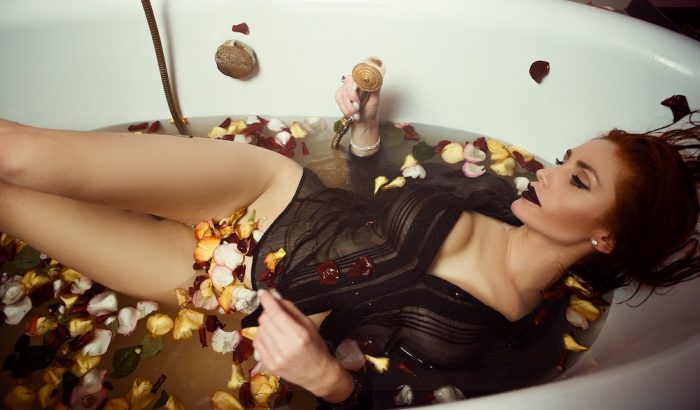 This week I heard, for the first time, the origin of the iconic witch-on-a-broomstick image.

I have often wondered what the whole broom thing was about. I’d idly muse that it might be a phallic thing. Then I’d dismiss that, assuming that my brain was going off trying to find sex at the bottom of everything (#typicaltherapist #rollseyes).

Those witches—what amazing women, and what fun they had! When they weren’t being shunned, mistreated, and murdered for being, well, women.

Sex, Drugs, and Rock ‘n’ Rolling—or riding, or whatever…

From our modern viewpoint, female drug use and sexual pleasure are not quite so shocking as in the Middle Ages. Although it could be argued (and I do argue it, all the time) that people still seem to have enormous difficulty with women enjoying sex as much as men. Dare I say even more?

The female arousal experience is one I’d love for men to experience—oh yes, guys, you are missing out. Apparently, though, we all have similar orgasms—apart from ours being longer. (A lot longer, but it’s not a competition, so I won’t go on about it. But if it were, we’d win. Just saying).

In enlightened and civilised circles, female enjoyment of sexuality is now seen as liberating. But witches were “invented” at a time when a woman choosing to do what she wished with her own body or mind was so unthinkable as to be synonymous with the devil himself. This might have echoes of a more recent discussion we had here in Ireland.

Sometimes—okay, often—I shudder at how little has changed.

In the “olden days,” as we well know, women were tortured and killed because they dared to explore such personal liberties. And as we also well know, that still happens—although not here, thankfully. Not in the literal sense at least.

You might be wondering, what has this has got to do with broomsticks?

Well, after listening to this radio show, I found an article entitled “Belladonna, broomsticks and brain chemistry“ by John Mann, Professor of Organic Chemistry at Reading University. It turns out that the myth of witches riding broomsticks has originated from hallucinogenic plant pharmacology. The skeptic in me rejoiced!

And, as you’ll see below, there is a lot written on this very topic. Shakespeare, who I briefly mentioned there, knew this, and spoke of it in Romeo and Juliet as well as Macbeth, which is of course quoted rather iconically, as noted by Helen Thompson, among others.

But the indigenous knowledge predates Shakespeare.

You’ll have heard of some of these and their effects. Mann’s work describes how during the Middle Ages, parts of these plants were used to make, erm…ointments…for witchcraft, sorcery, and other nefarious activities.

As Mann states, “They (the witches) were in a state of euphoria and disorientation, thinking (according to Porta, a friend of Galileo, writing in 1562) they were being ‘carried off to banquets, music, dancing, and coupling with young men which they desire the most.’ And then there were the ceremonies associated with the Devil.”

Somewhere in their evolution, these crafty ladies discovered that these ointments could be absorbed through the armpits or via the mucous membranes of the anus or vagina, also bypassing intestinal discomfort, which might, y’know, ruin the mood. But also, and perhaps more “modern” sounding,  the vapours from these heady mixtures were sometimes inhaled—reputedly, Mann says, used in such diverse locations as the Temple of Delphi and medieval bathhouses.

And just how did they apply this ointment?

According to Mann, the earliest clue comes from the case of Lady Alice Kyteler (1324):

“In rifleing the closet of the ladie, they found a pipe of oyntment, wherewith she greased a staffe, upon which she ambled and galloped through thick and thin.”

And from the 15th century records of Jordanes de Bergamo:

“But the vulgar believe, and the witches confess, that on certain days or nights they anoint a staff and ride on it to the appointed place or anoint themselves under the arms and in other hairy places.”

Other hairy places. Isn’t that brilliant?!

And the flying? Taking off? More getting off, I suppose (sorry), in a world where there was little to enjoy about being a woman, and little or no drugs and sex ed. They got creative, and they got high!

So, there you have it. All my favourite boxes ticked—a drop of drug education, a sprinkling of sex education, and a generous garnish of female liberation all in one post. No wonder witches are smilers. 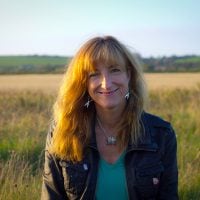