It Took Terminal Illness to Get Us to “I Do.” 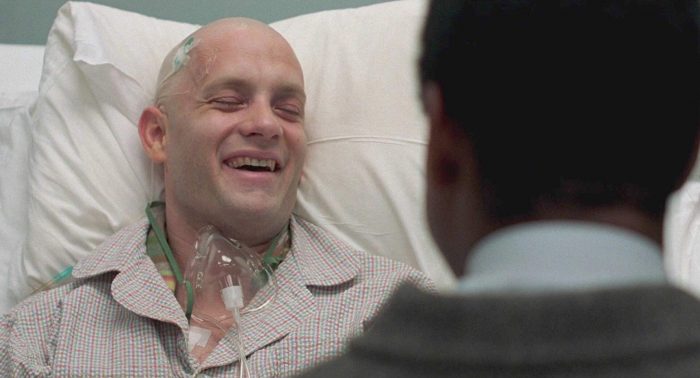 The judge was late, and we were growing nervous.

Our witnesses glanced at their watches. This was meant to be a lunch-hour wedding in the City Clerk’s Office of the small New Jersey town where we lived. We were ready, but where was she?

At last, we stood before her. Clarence wore a blue and purple tweed jacket that hung loosely on his gaunt frame, his lips a blue that almost matched the hue of his jacket. I was hiding my plump body in an ivory dress with large red roses scattered across it. My daughter and a dear friend stood by on each side. This day had been a long time coming.

“Dear friends,” she began, and I sighed. She was going to drag this out—and was I imagining that her speech was a little slurred? She went on, “Marriage is a solemn undertaking. It is easy to get into, but hard to get out of.”

Clarence’s deep bass voice cut her off mid-sentence. “It hasn’t been easy for us, your honor. Can we please just get to the vows?”

“It hasn’t been easy for us,” the understated summary of a 10-year relationship—stormy, full of challenges, break-ups, and tearful reunions. Clarence was a black Vietnam veteran, a recovering heroin addict, and union activist, the father of a teenage daughter. I was a nurse and social justice activist, the single mom of two kids. Both of us had been married before. Both of us were hesitant to try again. Clarence often annoyed me by introducing me to people as his “friend,” as if he had just run into me on the street.

In spring 1988, Clarence was diagnosed with AIDS and came close to dying. I drove the back roads to the small Catholic hospital daily to sit by his bed and stroke his arm. My job in a pediatric AIDS clinic had made me painfully aware of the toll this disease could take. I wondered if it soon would be my turn to grieve.

Clarence made a long, slow recovery and we resumed our life together, but something had changed. The pace of our lives slowed, every day seemed precious, and our commitment to each other deepened. Petty quarrels no longer seemed worth our time. Clarence said, “I love you, babe,” more than he had in the entire 10 years before AIDS.

One night, after counting out his many pills for the week, he sat back in the Sears recliner that took up most of our small den, and looked at me. “Hey, babe,” he said, in the breathy voice that had replaced his loud, booming tone. I looked up from my book. “What, honey? You feeling okay?”

“I’m good,” he replied. “I think I finally found something that scares me more than marriage,” he said.

“Oh, yeah? And what could that be?” I asked, only half paying attention. “Terminal illness,” he said.

And so, we stood before the judge in our small town and then repeated vows we wrote to each other at a big backyard party so that all of our family and friends could celebrate with us. We asked a friend who was a photographer to take pictures, and only when we got them back did we notice that the pretty, rose-covered fence we were posing in front of had a line of clean laundry hanging above it. A metaphor perhaps for our messy, imperfect-but-happy union.

In the months following our wedding, Clarence wore out the word “wife.” As in “I’ll have to check with my wife,” or “I’ll have to see what my wife thinks about that.” He also got thin and weak, often fighting for breath. I called his mom and got her recipes for his favorite foods, but he would stop after a few bites of pork chops and gravy, and pass his plate to me. For every pound he lost, I gained two. “Don’t worry about that now,” his mother told me. “You need the cushioning.”

Finally, it was back to the hospital we went, looking for something—anything—that might help stop the slow, steady progression of his disease. The doctor suggested that a supercharged IV solution was worth a shot, but before he could place the catheter that would be needed to deliver it, Clarence’s organs began to fail, one by one. Once again, I kept vigil by his bed and stroked his arm. Clarence was tender and concerned for me. “Go home, babe. Get some rest. Have something to eat,” he told me. But I wouldn’t leave his side. We had not chosen to say the words “in sickness and in health, till death do us part” in our marriage ceremony, but we were living them.

For months after my husband’s death, I felt his presence. When the old, portable TV we had set up in our bedroom turned on in the night and filled the room with a static-y sound, I thought Clarence was sending me a message, and refused to throw it away. When Nelson Mandela rode free through the streets of New York City, I imagined Clarence’s arms around me, remembering the day we had watched together as the freedom fighter strode out of prison. I wish we had been given more time together, but I am grateful that, in the end, we banished our fears and said yes to both life and each other.

Elena Schwolsky is a nurse, community health educator, activist, and writer who spent a decade as a pediatric nurse at the height of the AIDS epidemic. She has trained AIDS ed… Read full bio