The Day she Finally Decided to Stop Pretending. 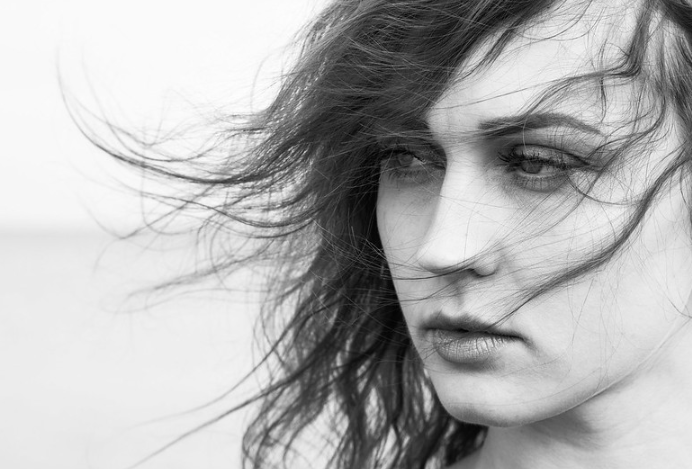 “Forget me nots, second thoughts, live in isolation. Heads or tails, fairytales in my mind. Are we we are, are we we are, the waiting, unknown?”~ Green Day, American Idiot

She wasn’t taking care of herself.

The stress, the commitments, and all the self-doubts were piling up like snowflakes during a winter squall. Her skin was itchy, crawling with micro-worms of negativity, and all of it, all of life was just a bit too much for her to handle.

She wanted to “let go” the way everyone, her friends, her family, and all the inspiring articles on the subject of “happiness,” were telling her to—but still—still she felt stuck, locked inside walls of stagnancy, the ones she built herself, brick by brick. She wanted a clear head. She pined for mindful purpose. She hoped for happiness, but she knew she was squandering her days, taking her life for granted.

Often, she found herself crying for no reason. She created drama from nothing, just to feel something. She stopped exercising, and instead stuffed her feelings down with candy corn, noodles, and avocado toast. She wished for things, like money and youth, but wishing isn’t action.

And then one spectacular day, she made a decision. She signed herself up for a lifetime membership of unlimited, radical self-care. It was free for the taking, so she took it.

On the day she made her decision, she stopped being afraid of what other people thought of her. She became a badass warrior who still gave some very heavy f*cks about important things, but no f*cks whatsoever for meaningless clutter that didn’t serve her spirit.

She wasted no time unloading her baggage.

She put herself first, for a change. She woke up and knew that her point of view mattered and that cultivating a meaningful life mattered even more. She would no longer sit mutely in the backseat, in any situation, ever again. She focused on her own light, and when she did, her divine feminine power appeared like magic.

She peacefully signed herself up and owned her transformation.

The day she was done silently “accepting” what she was given was the day she emerged. It was the day she didn’t measure her words. “Not now,” she said firmly, and it was a declaration. She spoke clearly and respectfully, without guilt or shame. She didn’t add anything to her big list of things to do later, in order to move herself to the front now.

She simply stopped in her tracks and put herself first.

“I need to rest my head,” she said, without excuse or justification. And so she did.

It was the day she stopped pretending. She stopped laughing nervously at insensitivity and the not-so-covert sexism in her office, on the street, and in her own home. She no longer sighed and accepted the agenda of others. Negative energy did not belong in her bag anymore, so she dumped it. She dumped it right out into a ditch.

She buried the charade.

She stopped worrying about the dishes and the laundry and the cleaning, and the grocery shopping, and the recipes, and endlessly organizing other people’s lives for them. She stopped being taken for granted and took herself out instead.

She ate something delicious and bought herself a fancy coffee. She walked through the park humming rebellious Green Day songs to herself. Then she sang out loud, and the birds chimed in. She noticed things, moving things, beautiful things in the sky, and on the ground, and they soothed her aching soul.

She walked away from abuse and bad behavior. She said goodbye to undermining words, and emotional neglect. She said “no” to other people’s hang-ups and insecurities. She said “no more” to those who harmed her in ways she could barely process, let alone articulate. She knew that being alone was far better than being lonely.

She walked away, and she never looked back.

Triumphantly, it was the same day she decided she wasn’t fat, and even if she was, so what? Who cares? Being fat was neither a plague nor a curse. Feeling “fat” would not prevent her from doing anything, ever again. Fat is not a crime, or a sentence, or a label, or how human value is weighed and measured. All those ingrained expectations drifted into the atmosphere like Chinese paper lanterns, and she watched them float away.

And then, she cut her damn hair. It was like shedding a security blanket—all at once terrifying and liberating. Freedom from self-imposed oppression came by way of shiny metal scissors. She changed her hair, put on some jeans, laced up her boots, and made up her mind.

She made up her mind to get busy living.

The day she decided to be brave, the day she stopped waiting for herself to show up, was the day she was finally born.