Forgetting our Roots is the Disease of Modernity. The Struggle of an Adult Adoptee. {Chapter 3} 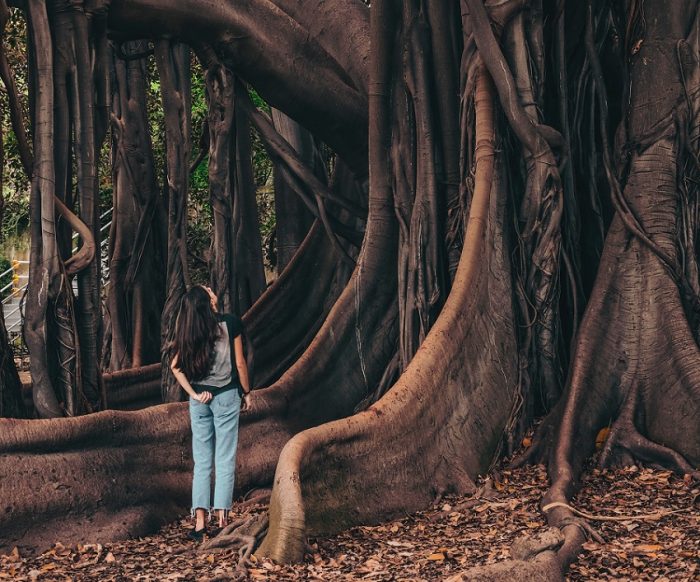 “You have to forgive your parents,” Stefano said to me.

I was lying face-up on the table and had just opened my eyes. I was trying to emerge from Never Never Land as the healing session came to an end. It felt hard to stir from that liminal state, where I was only vaguely aware of the music playing and Stefano’s hands moving in a circular motion over my abdomen.

But his words splashed over me like cold water, and I was back to reality.

“For what?” I asked, bewildered. “I feel I’ve worked out my issues with my parents. What needs forgiving?”

“Not your adoptive parents,” he said. “You need to forgive your biological parents.” Now I felt irritation. “Why do I need to forgive them? I never knew them! My sister and I were babies when we were adopted.”

“You need to forgive them for abandoning you,” he said matter-of-factly, with his usual serious expression.

“But I don’t feel abandoned!” I protested. “I’m the first to sympathize with my biological mother giving my sister and I up for adoption. I didn’t feel ready to be a parent in my 30s or 40s, let alone age 18! I don’t expect an unmarried 18-year old to be able to raise twins by herself.”

“That’s your adult self talking,” Stefano replied. “Your inner child needs to forgive your parents. Not being acknowledged by one’s biological parents is the biggest trauma any child can face. That part of you still suffers and needs to forgive in order to heal.”

I felt a volcano of anger and frustration threatening to overtake me.

“How can I forgive something that I don’t feel needs forgiving?” I felt embarrassed by the tears welling up in my eyes, so I redirected my gaze to the light green button-up REI shirt Stefano was wearing.

“How does anyone ever heal if we’re at the mercy of this subconscious baggage? How do we let go of things—or forgive things—we aren’t conscious of?” His words left me feeling that all my previous healing efforts were in vain.

Was my healing being thwarted all because of an unpacified inner child whose existence I couldn’t even perceive?

This was my third appointment with Stefano, who was a healer and teacher I had known when living in Rome years before. He had offered to treat me after I was diagnosed with thyroid cancer. I had opted to pursue alternative routes to healing rather than going with the prescribed removal of my thyroid and lymph nodes.

Part of the reason I wanted to work with him was because I saw my “illness” as a messenger, not a culprit. I wanted help in deciphering the messages of my body so I could work on the underlying imbalance(s) and understand the origins. And I trusted that Stefano’s expertise and deep study of multiple healing disciplines would assist me.

“It’s part of our evolutionary journey to become more conscious,” Stefano explained, wiping some stray wisps of his graying brown hair away from his forehead. “We all enter this lifetime having inherited certain conflicts or traumas from our parents and our family tree. It is part of our responsibility, our evolution, in this lifetime to work them out.”

“So where is the free-will in all of this?” I asked him, simmering in my frustration. “Is it all a myth? How much free will do we have if all my conflicts or traumas are preordained? If my issues are just hand-me-downs from previous generations?”

When I left Stefano’s office that evening, I was still simmering as I made my way against the gusty winds to the red metro line. And suddenly, I found myself engulfed in a memory.

I was lying face-up on a table, wearing a hospital gown. Ugly fluorescent lights glared down from the ceiling. There was bustling all around me, nurses in and out. I felt butterflies in my stomach. Then the butterflies were overtaken by a tidal wave of anger.

At that moment I just knew that the “me” on the table, wasn’t me. It was my biological mother.

For a moment “I” was alone in this hospital room and was aware that I was seething with resentment, feeling forced to be there. I was about to give birth and I was f*cking mad! I could also feel a well of despair lying just below the anger. And “I” couldn’t hold it in anymore.

“It’s all a lie!” I yelled. “It’s all a big lie. Life doesn’t get any better. It doesn’t!” I had the feeling of having been utterly deceived—by people, by circumstances, by life. The part of me that was watching this scene was shocked by the ferocity of emotion. I had never felt the intensity of betrayal and despair that was now coursing through every fiber of my being.

It was too much. I had to yell again, “It’s all a lie! These twins will be born and they will have someone to look after them. But who is going to look after me? Who is going to be there for me?” A sense of futility and desperation was drowning me. I felt convinced that a bleak future awaited me—and one I would have to face alone.

I was absolutely convinced of this as “I” lay on that table, waiting for the nurses to return.

How had that memory managed to fade from my mind so fast? In the wake of that session, I wondered if I had really tapped into the experience of my biological mother? It saddened me to think that this could have been her experience. And it had also left me in awe that I—or some part of me—could tap into such a state, especially as I identify as someone who enthusiastically embraces life.

Did I hold such feelings of resignation and betrayal in my subconscious?

Yet, the feeling that had lingered with me afterward was that of wonder. In both breath-work sessions, I had definitely tapped into some field that went so far beyond self. Way beyond little me. And I suppose that’s what Stefano had been getting at. Both breath-work sessions, in their own way had provided me the experience of feeling like just a tiny act in this big, universal play in which everyone and everything is intricately connected.

I guess the “fruit” had fleetingly glimpsed its connection to the roots.

Could it be that my current health issues were in some way related to trauma inherited from my biological mother? According to the discipline of Psycho-genealogy, our “programs” can be passed down from one generation to the next. Emotional stress and traumas that were unable to be resolved by members of the “clan” end up manifesting in subsequent generations as health disorders or unwanted behaviors. Psycho-genealogists, such as Jean C. Badard, with whom Stefano studied, say that an essential part of healing involves appropriating our unconscious family history.

I guess this is the process I unwittingly began when I jumped down the rabbit hole of alternative healing. So maybe my healing does involve forgiving my biological mother. And just maybe she needs (or needed) to forgive life?

And perhaps there is more to forgive. Maybe I need to forgive my own hubris. The same hubris that has contributed to this disease of modernity: forgetting the ecosystem that I belong to. Forgetting that my health depends on the health of that ecosystem. Forgetting what Buddha knew 2,500 years ago: “the one contains the many and the many contain the one. Without the one, there cannot be the many. And without the many, there cannot be the one.” 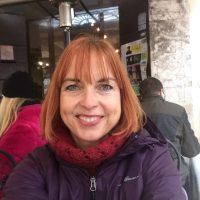