Baby’s First Gaslighting: when this Manipulative Mind Game is used on us in Childhood. 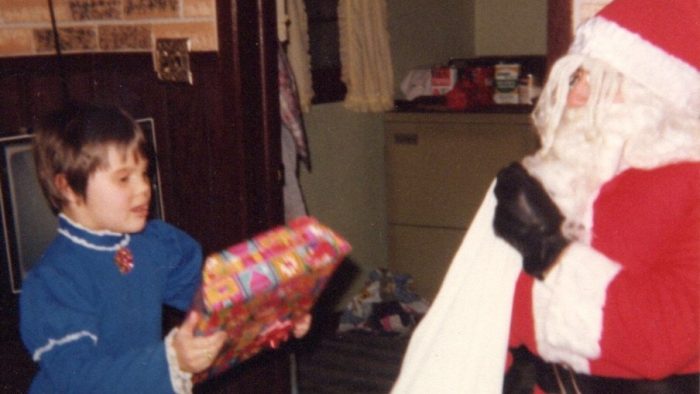 With this festive time of year, I’m certainly a sucker for nostalgia and memories.

And, as I delve into them, it usually is not too long before I bump into—your favorite and mine—some early childhood gaslighting.

I recently discovered an old photo of me, being visited by “Santa” (a family friend who agreed to play the role for my six-year-old self’s benefit).

He showed up at my house, of course, bringing his bag of gifts. Santa had made a few of these holiday stops over the years, ever since I was old enough to grasp the “gimme gimme” concept of the holiday season. Usually, he’d give me a brown bag of peanuts before, drumroll please, the presentation of my desired presents.

As a four and five-year-old, I knew the drill. Endure the peanuts; get to the good stuff.

I did the Santa pleasantries and awaited my gifts with as much polite patience as a child could muster.

Finally, Santa reached into his bag and pulled out my present. It was a medium-sized box, wrapped in beautiful wrapping paper. I remember absolutely loving the wrapping paper.

I fixated on the paper; it was filled with beautiful angels scattered all over the surface.

But it was more than that. I had seen this wrapping paper before. My mother had wrapped our other Christmas presents under the tree with it!

As the outspoken girl I was, I immediately brought this to Santa’s attention. The photo my mother took, that I include here, captures that exact moment.

I thought Santa should really know he was using the same wrapping paper as that of mere mortals.

That moment, I remember, instantly created an awkward pause, along with my mother’s nervous laughter and Santa’s stuttering. I guess I “busted” them. For a good 30 seconds, both Santa, his one blue eyeball peeking from underneath his hat and strategically placed white wig, and my mother, fumbled for explanations.

“Ah, well, honey…people use the same wrapping paper all of the time. It’s not that unusual for Santa to wrap his presents with the same paper Mommy uses. It’s, uh, very common.”

“Why, um, yes, I use wrapping paper that other families use all the time!”

Something in me wasn’t buying it. All I had to do was go to our Christmas tree and pick a present for proof.

However, because I was raised to be “a good girl”—meaning don’t question the adults, especially not Santa—I let it go. Thank you very much for coming. Please say “hi” to Rudolph.

But, however sweet, innocent, and endearing this incident was, it was still gaslighting. For my mother wrapped the gift, gave it to this Santa-posing friend ahead of time, all for the purpose of reinforcing the entire Santa narrative.

Make it believable; sell it!

Something many a parent has done over the decades.

But here was the thing. At six, I was already starting to question Santa’s validity. Some things were not adding up. Even though we had a chimney, why didn’t he ever use it? He always knocked loudly on our front door.

And even though I heard sleigh bells, why did I never see Rudolph? Wouldn’t he want me to feed him some carrots?

No, everything seemed controlled.

Don’t rush to look out the window or go outside to check the roof. It’s “too cold” and “too snowy.”

No, no, stuff was not adding up. The angel wrapping paper was the tipping point. I knew what I saw!

Yet I was dissuaded from believing my experience. They tried to talk me out of it.

I know, I know, I know; it’s all in the name of childhood wonder and memories. With this gaslighting incident, I got off light. After all, there was no abuse, no molestation. It could have been a lot more traumatic.

But still, the lesson that incident taught me was to doubt myself.

And that’s what I’m getting at.

Gaslighting children to disbelieve what they see, hear, think, and feel is harmful.

Years later, I’m not bitter about this memory. I know there was childhood innocence permeating it.

But there was a cost.

However unintentional, it still lay the foundation for me to distrust what I knew, to forfeit my experience for someone else’s, someone who “knew better.”

Each of us can have that first moment of gaslighting. And, for many of us, that moment can exist within the vulnerable time of childhood.

Rolodex your own holiday and/or childhood memories. See anything? Remember anything?

How about, right now, giving yourself the gift to own and to acknowledge that yes, you knew what was going on. You were right.

And now, you’re so much more. 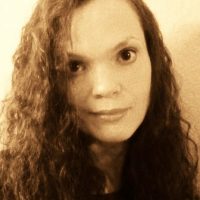 When the Narcissist is the Parent. A Mindful Mama’s Guide to Killing Santa. Gaslighting: The Mind Game Everyone should Know About.
See relevant Elephant Video